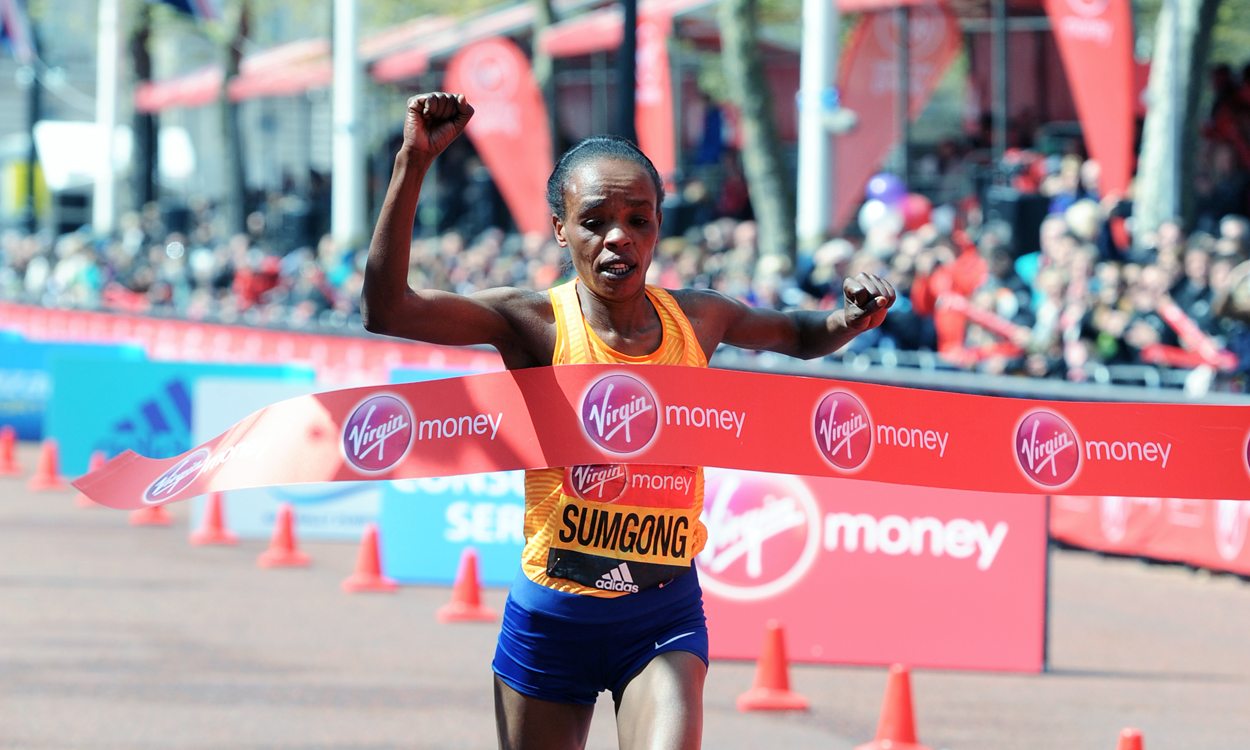 Jemima Sumgong bounced back from a heavy fall to win her first London Marathon title as she defeated the 2015 winner Tigist Tufa in 2:22:58.

The 31-year-old Kenyan was tripped from behind with about 7km to go and lost ground on the leaders. But she recovered and, holding her head in pain, re-joined the leaders and then broke away with Tufa before surging away from the Ethopian in the final mile.

“The Ethiopian runner (Aselefech Mergia) clipped my leg and I went down,” said Sumgong, who spent some time having her injuries patched up after the race, including a cut on her head. “I got up again as quickly as possible and got my pace back.

“The fall really affected me and I was unsure if I could continue. I have a cut on my head and on my shoulder, they are bleeding but I don’t feel any pain yet. I did feel it in my legs so I am so surprised I won.”

Tufa finished second in 2:23:03 as Florence Kiplagat of Kenya was third in 2:23:39. “The wind and the weather conditions made it slow,” said Tufa, “But we are now focusing on the Olympics,” while Kiplagat added: “It was much better this year than last year. My mind was in a better place. It was a cold course today and the last 5km was very painful for me due to blisters on my right foot. I’m really proud that I came back to beat Mazuronak and get on the podium. I’m really looking forward to (Kenyan) selection now.”

Another faller, Mary Keitany, finished ninth as the race favourite struggled to get back into her running and clocked 2:28:30. “After falling down I had no power left,” she said. “I’m feeling very disappointed. I’ll go home now and have a couple of weeks off and regroup. I don’t wish to comment whether it cost me the race.”

McFadden said: “It’s an Olympic year so the girls are super fit. It’s a great day out there, so much better than if it had been wet and slippery. The race was as I expected with a big sprint finish, so I was ready for that.”