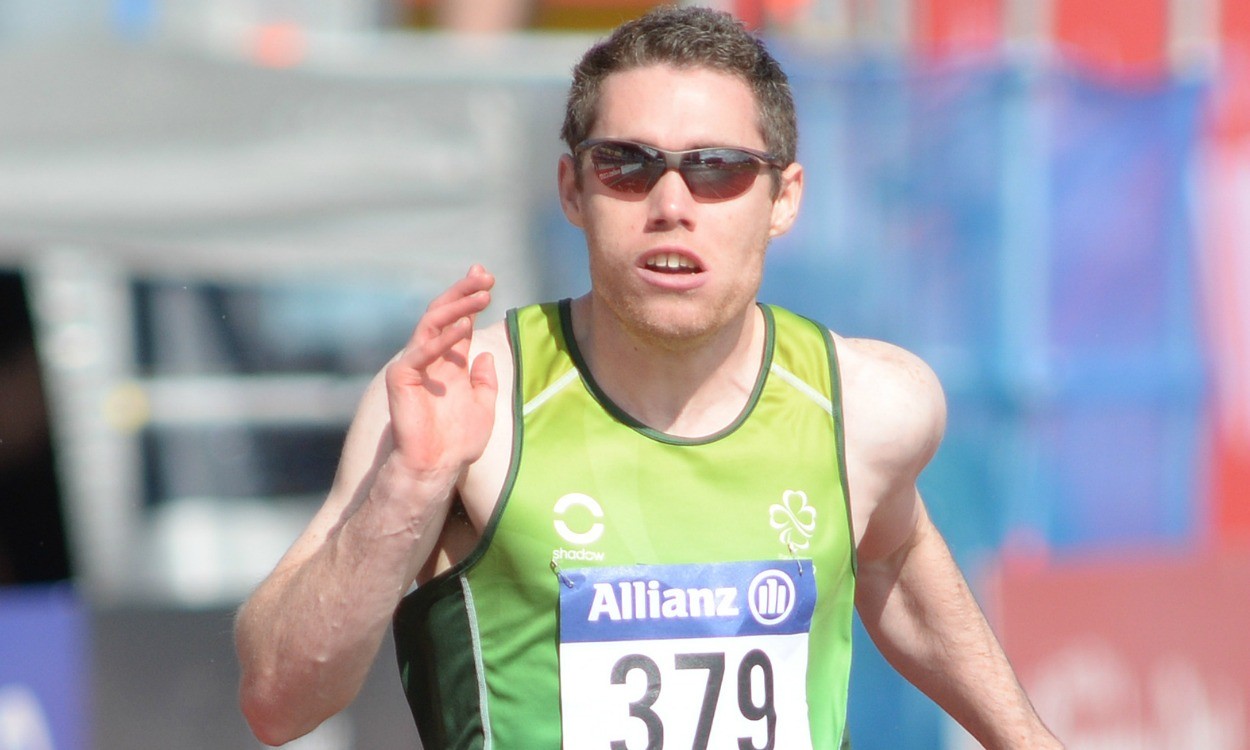 Jason Smyth added the European T12 100m title to his global golds on Tuesday and said the Swansea event is an important step on the road to the Rio Paralympic Games in two years’ time.

The Irish sprinter won 100m and 200m gold at the Beijing Games in 2008 and went on to retain his two titles four years later before again doing the double at the World Championships in Lyon in 2013. Those titles were claimed in the T13 classification but on the eve of the IPC Athletics European Championships the visually impaired sprinter was reclassified as a T12 athlete, Smyth making his T12 class debut in Swansea.

“My goal was to come here and to win medals and so far I’ve been able to do that,” said Smyth, who will now go for 200m gold on Thursday.

“We’re two years out now, these championships are a good stepping stone,” he added, looking ahead to the Paralympics.

“Next year we build up another level to the World Championships and then on to Rio. Each year is a step on from the other so it’s a nice place to be with winning today and hopefully I can continue to improve.”