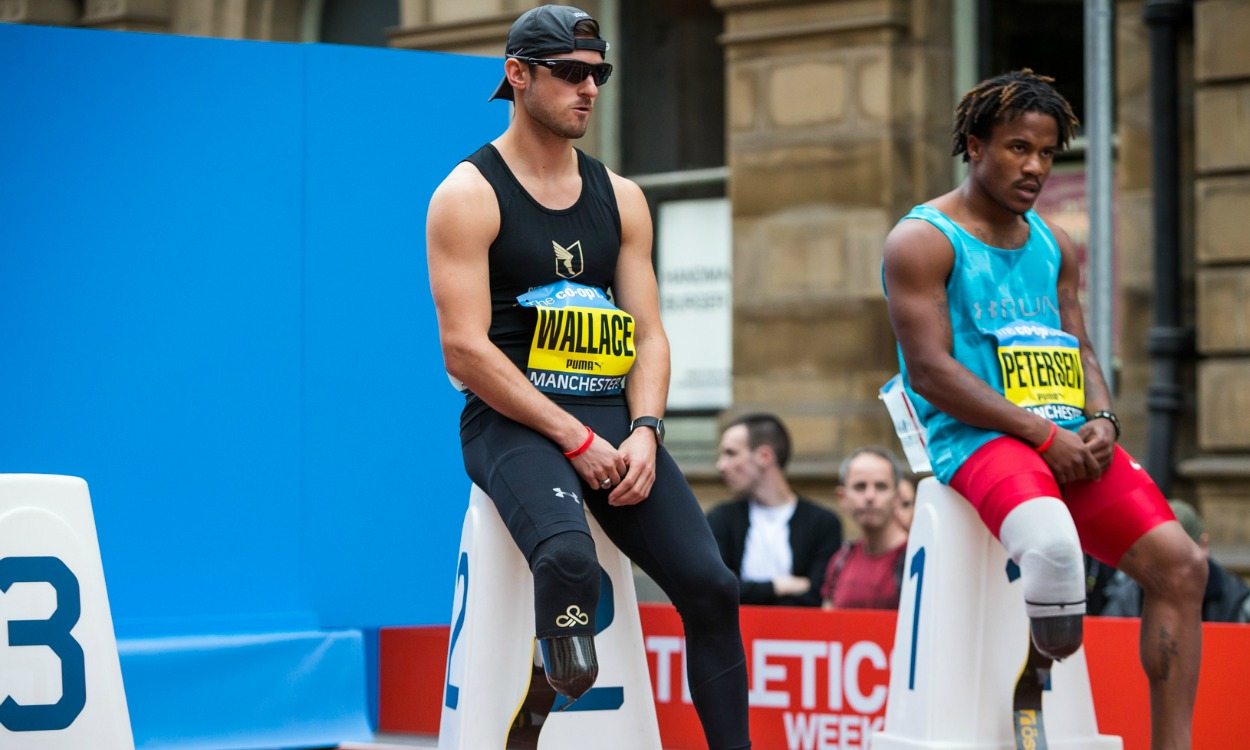 The Great CityGames winner talks about his journey to London 2012, as he works towards making his second Paralympic Games in Rio

The year 2016 is a big one for Jarryd Wallace, who won Friday’s Co-operative Bank Great CityGames Manchester T44 100m in a time of 10.92. In October he marries Lea and there is also the small matter of the Paralympics.

He said of Manchester: “It was great race. Felix (Streng) had an unbelievable start. I had to concentrate on staying relaxed, executing my race and not worrying about other people. It is nice to come away with a win even if it was a tight one. It was good to have a little pressure and see how the body handled it.”

This was Wallace’s seventh race in six weeks so now the American goes home to let the body recover. In a month there will be the US Championships and Paralympic trials, about which he said: “I feel in a good position but I have to turn up at the trials and run well to make the team for Rio.”

At the 2015 ParaPanAm Games the 26-year-old won gold, breaking the T44 world record for 100m in 10.71. But the record did not last long as Richard Browne ran 10.61 at the IPC World Championships in Doha in October 2015, an event Wallace missed through injury.

Wallace’s website and twitter handle are ‘aleginfaith’ (A Leg in Faith) which cleverly describes his story. A promising runner who won two state championships in his junior year of high school, he was planning to run on scholarship for the University of Georgia track team. All that changed when he had a running injury and surgery that went wrong. When twelve additional surgeries failed to restore the leg to a state which would allow him to run, he took the courageous decision – in faith – to have the leg amputated and to run on a prosthetic.

“About 12 weeks after the amputation I began running,” he said. “Six months after the amputation I stopped going to school and started focussing on training full-time. My first competitive race was a week before the anniversary of my amputation. I actually won the 100m and the 200m running 11.9 seconds and 24.01 which qualified me for nationals the next weekend.

“So a year after the amputation I went to the US national championships and finished up getting third place in the 100m and fourth in the 200m, which qualified me for the 2011 Pan American Games down in Mexico in November 2011. There I won the gold medal and ran the fastest time in the world in 2011 in the 100m – 15 months after my amputation.”

Even before he had the amputation he had contacted the US Paralympic committee – not in arrogance but in determination – as he put it, “to get on their radar for London”. He made the US team for the London Paralympics in the relay, where a poor changeover left USA finishing third and subsequently saw them disqualified. But at least he had fulfilled his dream of competing in the Paralympics.

I wondered how does someone handle seeing their dreams evaporate. His answer is honest and powerful. “At one stage I was angry and blamed God – before the amputation when I was trying to figure things out. But at the end of the day I recognised that there was something and someone way bigger than me – and way bigger than my competitive spirit and my desire to run. I am just blessed that God has given me back the ability and desire to run and the opportunity to run.

“One of the biggest questions I get asked is, ‘if you could go back would you change anything?’ And there is absolutely no regret and no remorse about what has happened because I am who I am now because of what happened.”

It is that attitude and that determination which drives him forward every day.