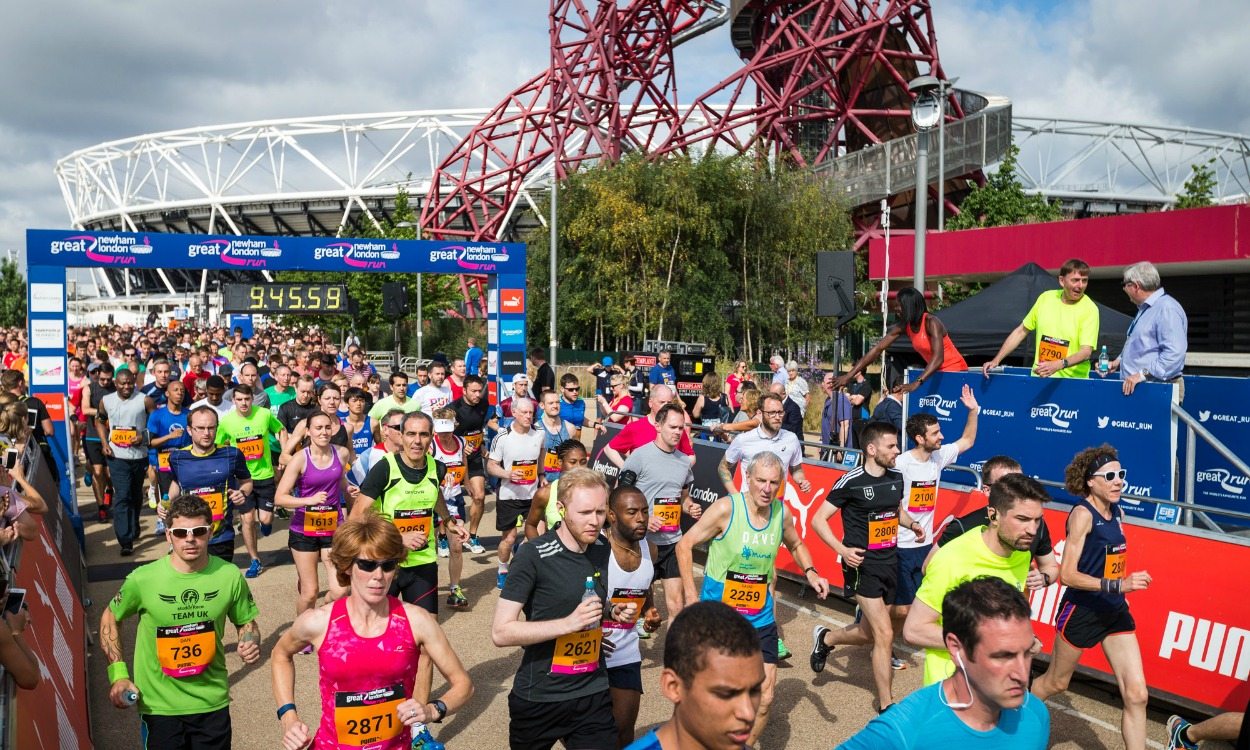 The 15,000 runners were set off on their way around Queen Elizabeth Olympic Park by Olympic and world gold medallist Christine Ohuruogu

James Denne and Katie White claimed Great Newham London Run victory on Sunday (July 17) when they were among 15,000 runners to take on the 10km and Family Run 2km events in the Queen Elizabeth Olympic Park.

The runners became some of the first to run on the new track in the former Olympic Stadium, with Honiton RC’s Denne crossing the famous finishing line in 32:44, while Garscube Harriers runner White clocked 36:33 to win the women’s race.

James Bellward and Tomaz Plibersek Woodford Green were second and third in the men’s race with respective times of 33:23 and 33:33, while in the women’s race White was followed over the finish line by Julia Davis, who ran 36:42, and Lia Radus, who clocked 40:15.

“The atmosphere at the Great Newham London Run was incredible,” said Denne. “I was in the stadium to see David Rudisha win gold at the Olympics and to think that I have followed him on to this track is amazing.

“I was going to sprint the last 300 metres but decided to slow down and enjoy the moment. It’s been a phenomenal day.” 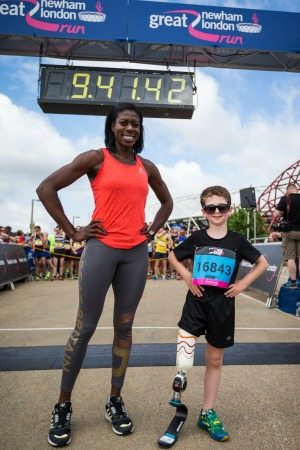 Two-time world 400m champion and 2008 Olympic gold medallist Christine Ohuruogu was brought up less than a mile from the stadium and was an honorary starter for this year’s event alongside the Mayor of Newham, Sir Robin Wales, and inspirational eight-year-old Rio Woolf.

Ohuruogu, who was supporting The Great Run Company and Newham Council’s drive to get more people active, said: “It was fantastic to see all these people running in the Olympic Stadium at the Great Newham London Run. Olympic athletes are often focussed on our own form and fitness, but it really is inspiring to see all these local people enjoying their running.

“It’s a fantastic event and I would love to see even more people taking part. It’s a real legacy of London 2012 and demonstrates the commitment that my borough, Newham, has made to use the Olympics to get more people into sport and fitness.”

Woolf had the opportunity to test his new running blade on the new track as he took part in the family run with his parents before he heads to the Rio 2016 Paralympics as a guest of the organisers.

Brendan Foster, chairman of The Great Run Company which organises the Great Newham London Run, said: “While I love seeing the majestic performances of legends like Mo Farah and Jessica Ennis-Hill for me today is what running is all about.

“At the heart of our sport is thousands of people getting their trainers on and getting out there for the challenge and the fun of running. What better place than the former Olympic Stadium in Newham to celebrate the achievements of every single runner, from the thousands of kids and parents in the Family Run today through to Usain Bolt who will run on the track next weekend.

“As the only chance to run on the Stadium track, the Great Newham London Run is fast becoming a must-do event in the running calendar and we want to work with Newham Council to make it the biggest running event in the country.”

A few days before the Great Newham London Run action took place, 550 teams from companies of all shapes and sizes, including some of the UK’s biggest firms, contested the first ever Great Team Relay.

Teams of staff from companies such as Lloyds, Marks and Spencer, AON-TRP, Pearson, KPMG, Balfour Beatty and Argos competed in a 4x5km relay starting and finishing on the newly-laid stadium track on Thursday (July 14). All runners earned a medal and all teams got to keep their commemorative relay baton.

Entries are now open for next year’s Great Newham London Run on Sunday July 2, 2017, at www.greatrun.org/London where this year’s results are also available.