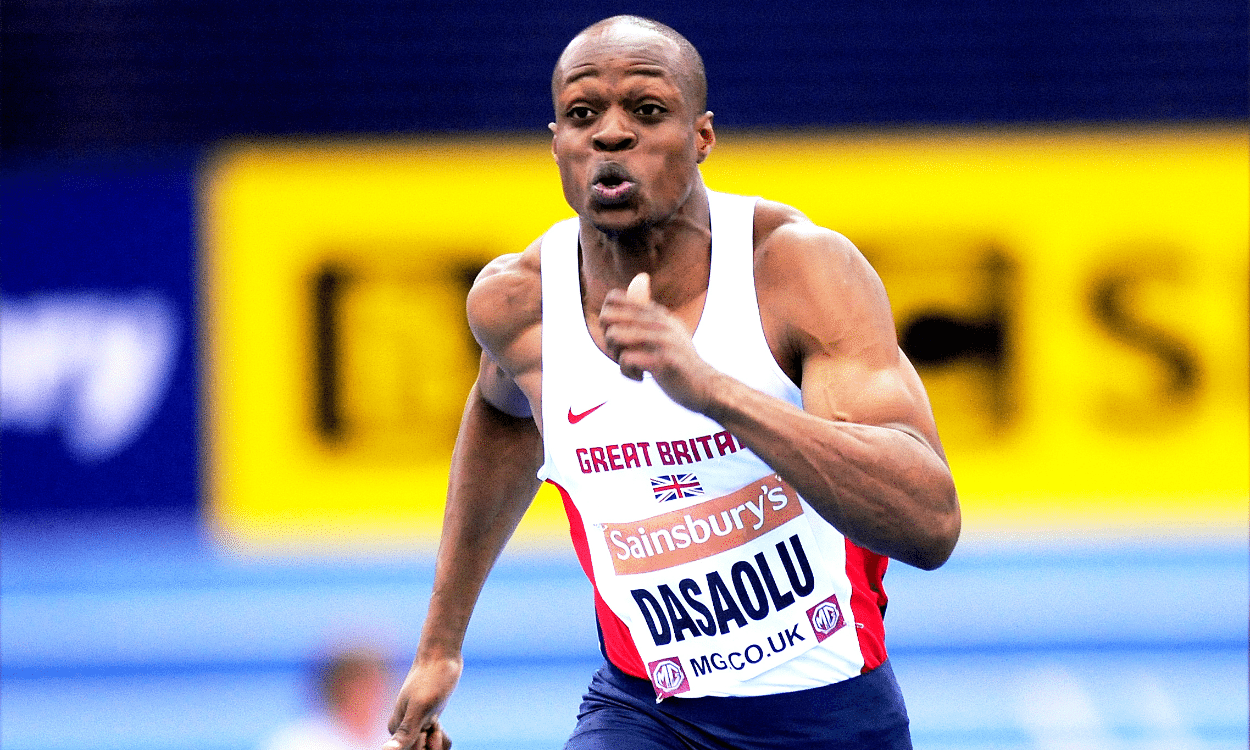 James Dasaolu is looking to make amends for a bitterly disappointing 2015 season.

The second fastest Brit of all time in the 100m crashed out in his World Championship heats in Beijing as he shut off the gas with 30m to go, clocking a time of 10.13 and missing qualification through to the semi-finals by just one-hundredth of a second.

Needless to say as reigning European 100m champion, 2013 world finalist and a man with a 9.91 personal best, elimination at the first possible opportunity was a “brutal and harsh” lesson for the Croydon-born sprinter, but also one which Dasaolu is keen to use as motivation as he looks to qualify for his second Olympics.

“It’s definitely a chance for me to redeem myself,” said the 28-year-old. “I can only really move on. I take a bit of encouragement from knowing I was in good shape and that it was just a mistake on my behalf.

“Even in the early rounds everyone was running extremely quick and some were completely flat-out. It was a lesson learned.

“I’m more than capable of running faster through three rounds. It’s only three rounds of 100m. I’ve just got to go out and show I can do that.”

At 28, Dasaolu is one of the more experienced of a young group of talented prospects likely to be battling for the individual sprint spots in the GB team for the Rio Games.

A season’s best of 10.12 placed Dasaolu fourth in Britain for 2015 – more than a 10th of a second down on his best of 10.00 from 2014 and well below the times he was running during his real breakthrough season in 2013 when he reached the World Championship final.

Relatively late blooming in his career – 26 when he smashed through the 10-second barrier at the British trials three years ago – in contrast to some of his compatriots, Dasaolu acknowledges that by Tokyo 2020, at 32 years of age, time won’t be patient enough to wait for him again.

“You can’t really make up for lost time,” he said. “Once time is gone, it’s gone. You’ve just got to make the most of what you have, right here and now.

“I’m going to be in the prime of my life being a 28/29-year-old this year so I’ve got to make the most of it. I don’t know if the opportunity will come round again.

“For me I’m extremely motivated, especially with not doing well last year.”

Rediscovering the form which made him the sixth fastest man in the world three years ago is a process which began in November when Dasaolu, along with his training group under Steve Fudge, headed out for a warm weather camp in Doha, and it continues into the indoor season where he plans to focus on his early-season speed work before a big summer comes calling.

An indoor season in 2013 and 2014 did the trick, and Dasaolu knows it will have to once more if he’s to play a part this summer in an increasingly competitive discipline.

Dasaolu added: “Running a 10.2 or 10.1 probably isn’t going to be cutting it in terms of GB sprinting, which is good because it’s going to raise the level of everyone competing. Everyone knows you’ve got to be in the 10.0s or sub-10 to make the British team this time round.

“If I want to get into the relay team in this country I’m probably going to have to be a sub-10 guy. If I want to make individual finals I’m going to be needing to go sub-10 again.”