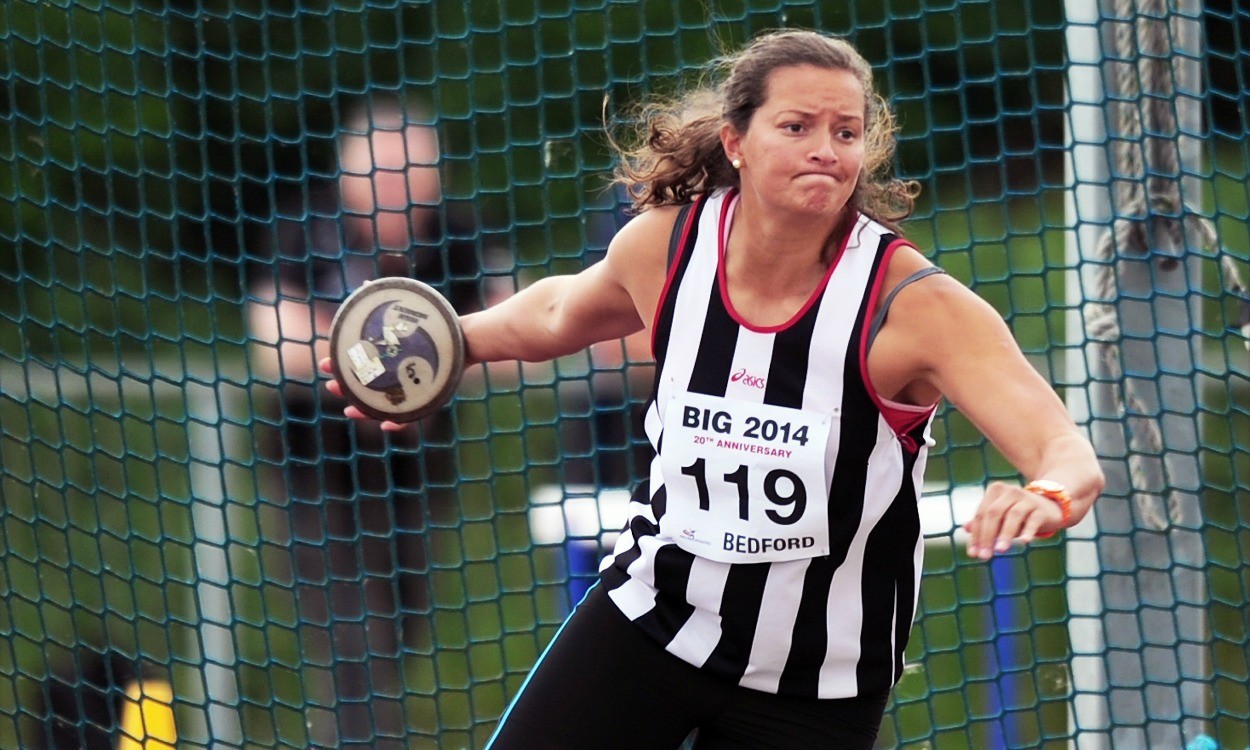 With a throw of 64.22m, Jade Lally moves to third on the British all-time list

Jade Lally has broken the English discus record and now sits third on the British all-time list after a 64.22m throw at the Auckland Track Challenge on Thursday.

“Oh my word. What a competition! Training had been going well but two 63m and two 64m throws?! Whhhhaaattt?!! I’m a 64m thrower!! Ahhhhh!!” Lally wrote on Twitter after the competition. Her PB before Thursday had been 60.76m from 2011.

Also in Auckland, Valerie Adams threw 18.85m in her first competition of the year to win the shot put, that mark being her best since September 2014.