Isobel Pooley more motivated than ever 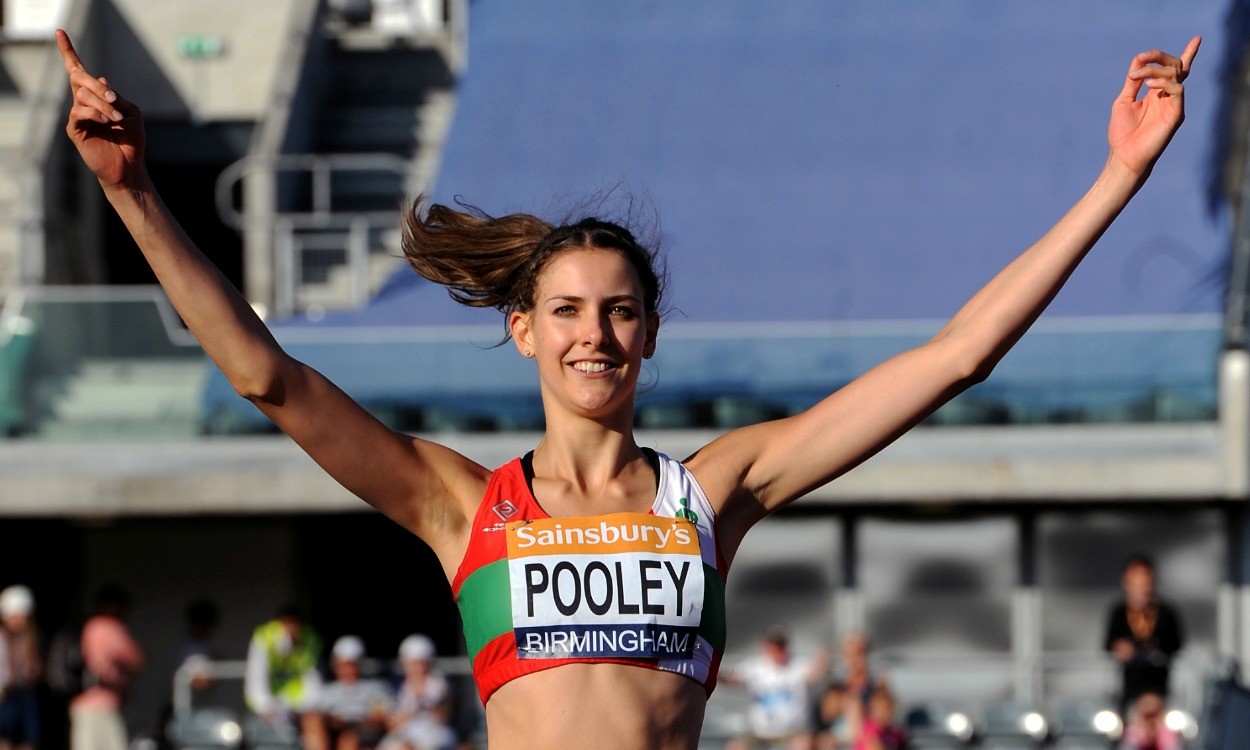 Isobel Pooley is definitely a glass-half-full kind of person. As she gives a talk to students at Bohunt School in her home county of Hampshire, the 22-year-old’s passion is infectious and I wonder how many teenagers might be inspired to give the sport a go after listening to the words of the British outdoor high jump record-holder.

Speaking to AW afterwards, Pooley explains how she has learnt a lot in a year of ups and downs and talks excitedly about moving on into a big and busy 2016.

After opening her summer season with a clearance of 1.91m to finish third at the Doha Diamond League, the Fuzz Ahmed-coached athlete went over 1.94m at the European Team Championships in Cheboksary and was justifiably feeling confident going into the British Championships.

In Birmingham, not only did Pooley retain her British title but she did it in style – clearing 1.97m she added one centimetre to her own British outdoor record to equal the mark cleared indoors by Katarina Johnson-Thompson when winning the equivalent indoor title. It was also, crucially, the Aldershot high jumper’s second qualifying mark for the IAAF World Championships in Beijing.

“Generally this season I’ve been thrilled,” she says, “because of the goals I set myself to achieve, the ones I have achieved I have really done with emphasis.

“A goal was to get experience, which I’ve done. I also wanted to increase a feeling of belonging on the big stage, which I did. I don’t remember feeling overawed by an occasion this year whereas that used to be something that I struggled with big time in previous years.

“Those two goals I’ve really achieved and they are a bit more subjective rather than objective. Objectively speaking I won the trials and increased my own national record. I’ve put myself at the top of the table in a fairly assertive position moving forward into Rio, so that sends out a strong message.”

“Generally this season I’ve been thrilled, because of the goals I set myself to achieve, the ones I have achieved I have really done with emphasis”

Given her pre-Beijing form, Pooley had understandably been targeting a top-eight finish at the World Championships but then, three weeks before Beijing, she sustained an injury to her takeoff ankle.

“I was jumping when I did it,” she explains. “I had a grade 1 tear in the ligament in my right ankle. So I didn’t jump in training at all because that was aggravating it quite badly. I didn’t jump in the week before we left and in the two weeks that we spent in the holding camp.”

The next time she did jump was in the qualifying round in China. Although she missed out on a spot in the final, Pooley was encouraged by her clearance of 1.89m given her injury-interrupted build-up. What she found harder to deal with, however, was the thought of how others might perceive her performance. 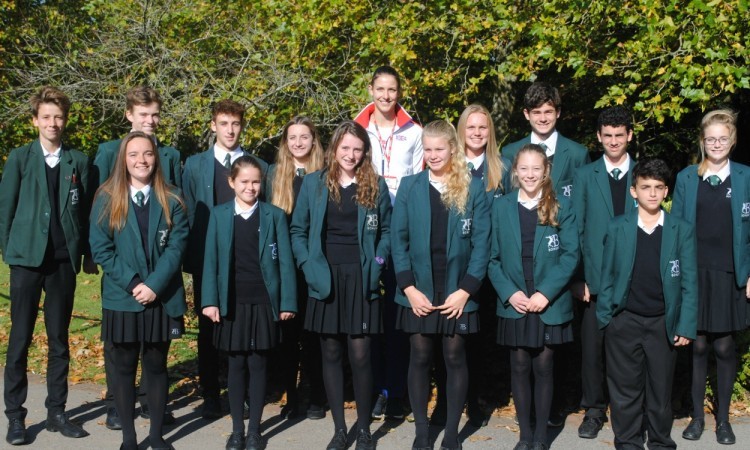 “Managing the public’s expectations was more of a challenge than I had realised,” she says. “People can only see what you choose to let them see. They had seen me ever so confident going into the British Championships, fairly quietly confident after the British Championships – not wanting to get too ahead of myself but knowing that a top eight finish was realistic and then some.

“So they still had those expectations when I went to Beijing whereas actually I knew, my coach knew and the medical team knew that I would be lucky to jump,” she adds.

“We had to completely rethink our expectations but the public hadn’t had a chance to. So there’s no one at fault but it’s a difficult one to handle because you don’t want to appear like you’re moaning, you don’t want to be making excuses for yourself, but at the same time it’s hard to stomach when people are branding you a disappointment whereas actually I felt pretty proud of myself to have handled that the way I did.”

With her ankle on the mend, the University of Nottingham graduate will soon be getting stuck into winter training proper. With 2016 offering a World Indoor Championships, European Championships and the Rio Olympics, Pooley is looking forward to moving onwards and upwards.

“The fact that Rio is on everybody’s radar has helped me get over Beijing much quicker because I had already branded this year as like a practice year and a year for learning and gaining experience,” she says. “Obviously you say that with a secret hope that it’s all going to be fun experiences and positive learning but often bad days teach you more than good days. I had to endure a bad day on a big stage and that’s difficult but I learnt a hell of a lot from it.

“I’m grateful for the experience I’ve had,” she adds. “It wasn’t always that much fun at the time but I can look back on it and realise that it makes Rio look even more possible because I have seen what the top end of the sport looks like, I’ve seen where my place in that should be.

“All I can do is put myself in a position to be there and contesting for the final in Rio, because I really believe I can do it now.”

» Isobel Pooley was speaking to AW at Bohunt School in Hampshire where she gave a talk and masterclass to students. You can read more about Pooley in AW magazine in a few weeks’ time