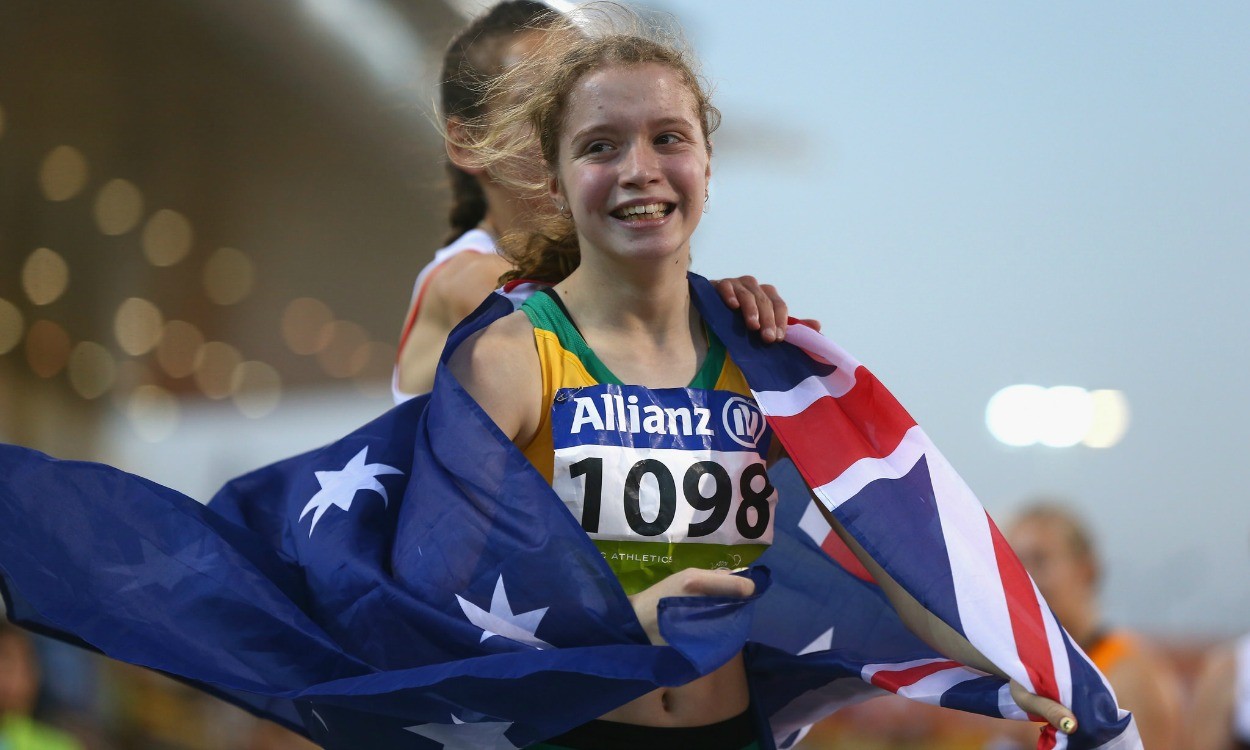 Isis Holt and Richard Browne were among those to break world records on day eight of the IPC Athletics World Championships in Doha, with both athletes winning their second gold medals of the championships.

The sprinters had both broken their respective world records when winning their first titles in the Qatari capital too, Australia’s Holt adding T35 100m gold to her 200m title and USA’s Browne the T44 100m title to his win over double the distance.

“When I boarded that plane to Doha, winning gold medals and breaking world records was the last thing on my mind,” said 14-year-old Holt.

“To be here has been a fantastic experience for me, and today I got to see the results of months of hard work. It is amazing and I just can’t believe it!”

Clocking 13.63 to break her own world record mark, Holt beat Britain’s Maria Lyle, who secured her second silver behind the Australian with a European record time of 13.92.

“I’m happy with the time considering I had a bad start,” said the 15-year-old Briton. “I tripped slightly in my first few strides unfortunately.

“I now have to focus on the relay on Saturday. We have a really strong team and everyone is running well so it should be exciting.”

Browne had seen his 100m world record broken by his fellow American Jarryd Wallace this summer but the 24-year-old got it back with his time of 10.61 to beat South Africa’s Arnu Fourie with 10.93 and Brazil’s Alan Oliveira with 11.02.

“I am really happy to break the world record again and to be world champion,” said Browne. “I actually wanted to go faster than I did, I thought I had a bit of a slow start.

“I want to get a way better time and keep improving,” he added. “I would love to get an able bodied time and will definitely look to compete against some of them to test myself, but now it’s time to celebrate.”

Another world record was broken in the T38 200m final as Russia’s Margarita Goncharova, who has also won 400m and long jump titles in Doha as well as 100m bronze, clocked 26.61 to take the title ahead of Britain’s Sophie Hahn, who broke the 100m record to win that title on day one.

Jenny McLoughlin finished fourth in the T37 200m, which was won by China’s Yingli Li in an Asian record 28.85. Kadeena Cox, who broke the world T37 100m record and went on to win the title, had also been due to contest the 200m event but she was disqualified from the competition after the IPC adjudged her to have been late to the call room ahead of the semi-finals.

British Athletics’ head coach Paula Dunn said: “I am absolutely gutted for Kadeena and this is an incredibly difficult situation for the athlete and her support team.

“Whilst we feel this is an unduly harsh decision we will learn from this experience and move on.”