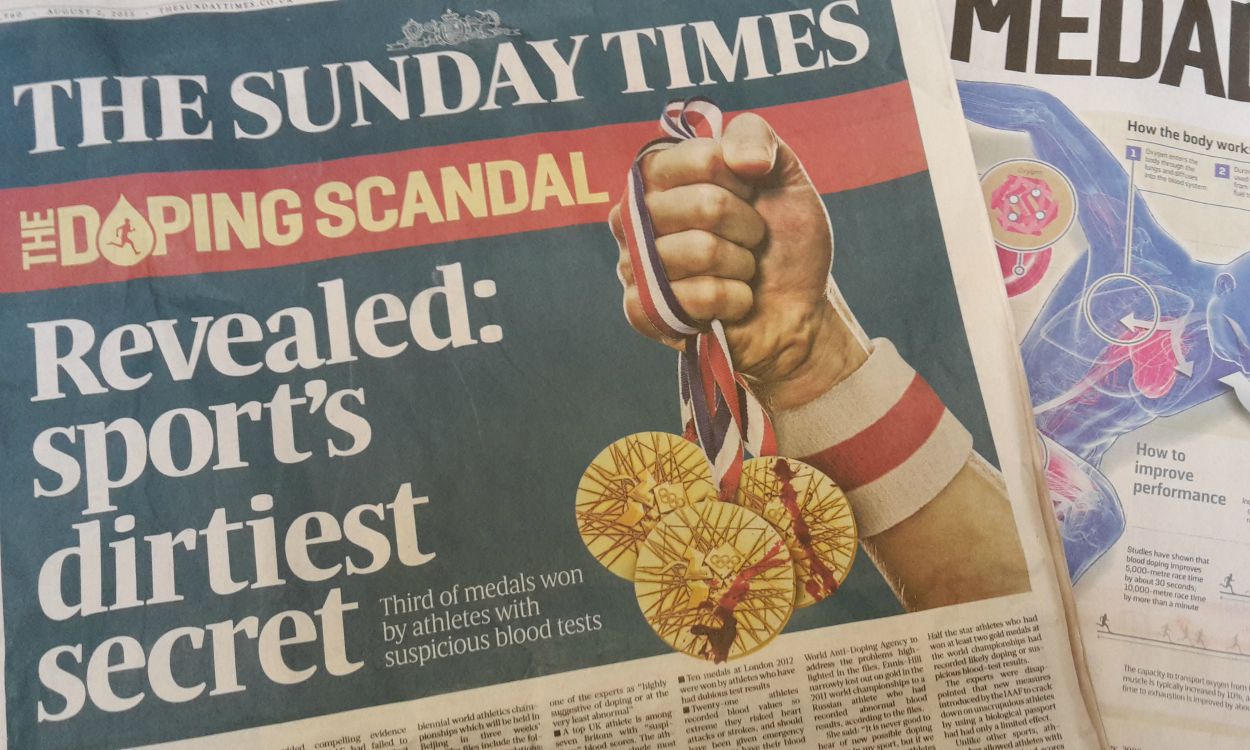 The International Association of Athletics Federations (IAAF) has released a statement and a 3900-word response following the anti-doping allegations published by the Sunday Times and German broadcaster ARD.

The world governing body for athletics says it “strongly rejects” the allegations, labelling them as “sensationalist and confusing”.

The Sunday Times and broadcaster ARD/WDR had obtained access to a database of blood-test information which is said to have contained over 12,000 blood tests from 5000 athletes from 2001-2012. The newspaper reported how the data, which it said was leaked by a whistleblower, revealed that a third of Olympic or world championships medals in endurance events during that period were won by athletes with suspicious test readings.

The allegations were front-page news, with a number of pages inside the August 2 edition of the Sunday Times dedicated to the story and the newspaper reporting how “Secret data revealing the extraordinary extent of cheating by athletes at the world’s most prestigious events can be disclosed for the first time … after the biggest leak of blood-test data in sporting history.”

The Sunday Times asked “two of the world’s foremost experts on doping detection”, scientists Robin Parisotto and Michael Ashenden, to review the data.

The newspaper went on to quote Ashenden as saying: “For the IAAF to have harvested millions of dollars from the broadcasting of athletics events around the world … yet only devote a relative pittance of those funds towards anti-doping, when they could see the terrible truth of what lay beneath the surface, is … a shameful betrayal of their primary duty to police their sport and to protect clean athletes.”

Parisotto was quoted as saying: “Never have I seen such an alarmingly abnormal set of blood values.

“Damning in that so many athletes appeared to have doped with impunity without repercussions but more damning in that the IAAF appears to have idly sat by and let this happen.”

A statement released by the IAAF on Tuesday (August 4) read in part: “The IAAF takes the allegations published by The Sunday Times and ARD very seriously and has investigated them thoroughly.

“The published allegations were sensationalist and confusing: the results referred to were not positive tests. In fact, ARD and The Sunday Times both admit that their evaluation of the data did not prove doping.”

It went on to read: “It is important to be very clear that a large proportion of these blood samples were collected in a period before the implementation of the Athlete Biological Passport (ABP) and cannot therefore be used as proof of doping.

“The IAAF quite rightly operates within an anti-doping framework, provided by WADA, where suspicion alone does not equal proof of doping. Any reporting or insinuation of such is wholly irresponsible on behalf of these media outlets and we refute outright any allegation that the IAAF did not appropriately follow up suspicious profiles which had been proactively identified through its world leading blood profiling programme.

“The IAAF condemns in the strongest possible terms the distribution, sharing, and publication of private and confidential medical data that was obtained from the IAAF without consent. The IAAF retains the right to take any action necessary to protect the rights of the IAAF and its athletes.”

The governing body also said that the data on which the reports were based “was not ‘secret'”.

“The IAAF published a detailed analysis of this data more than four years ago,” read part of the statement.

It added: “The Sunday Times’ story is based on the allegation that 6 specific athletes recorded suspicious results which we did not follow up. In fact, as the newspaper was told before publication, each test led to intensive follow up, as a result of which the 6 athletes were subsequently caught cheating and banned.

“The IAAF wants to stamp out all doping in sport and welcomes greater public debate. There is no perfect system for catching drug cheats, but the IAAF has been at the forefront of drug testing for many years. Under its pioneering Athlete Biological Passport (ABP) system, more athletes have been banned for cheating by the IAAF than all other sports federations and national anti-doping agencies put together.”

Among the key statistics that the IAAF wished to highlight were:

– “The IAAF has conducted more than 19,000 blood screening tests since 2001, which is the most comprehensive and universal blood testing programme implemented among sports federations and national anti-doping agencies, including 8000 tests in the period 2001 and 2009.”

– “Since 2011, 63 doping cases have been pursued by the IAAF on the basis of ABP profiles considered as atypical by the independent expert panel. 39 athletes have already received a sanction, 24 are under proceedings and new proceedings will be initiated shortly.”

The full IAAF statement can be found here, with the statement including a link to a 3900-word response.