IAAF: No reinstatement for Russia yet 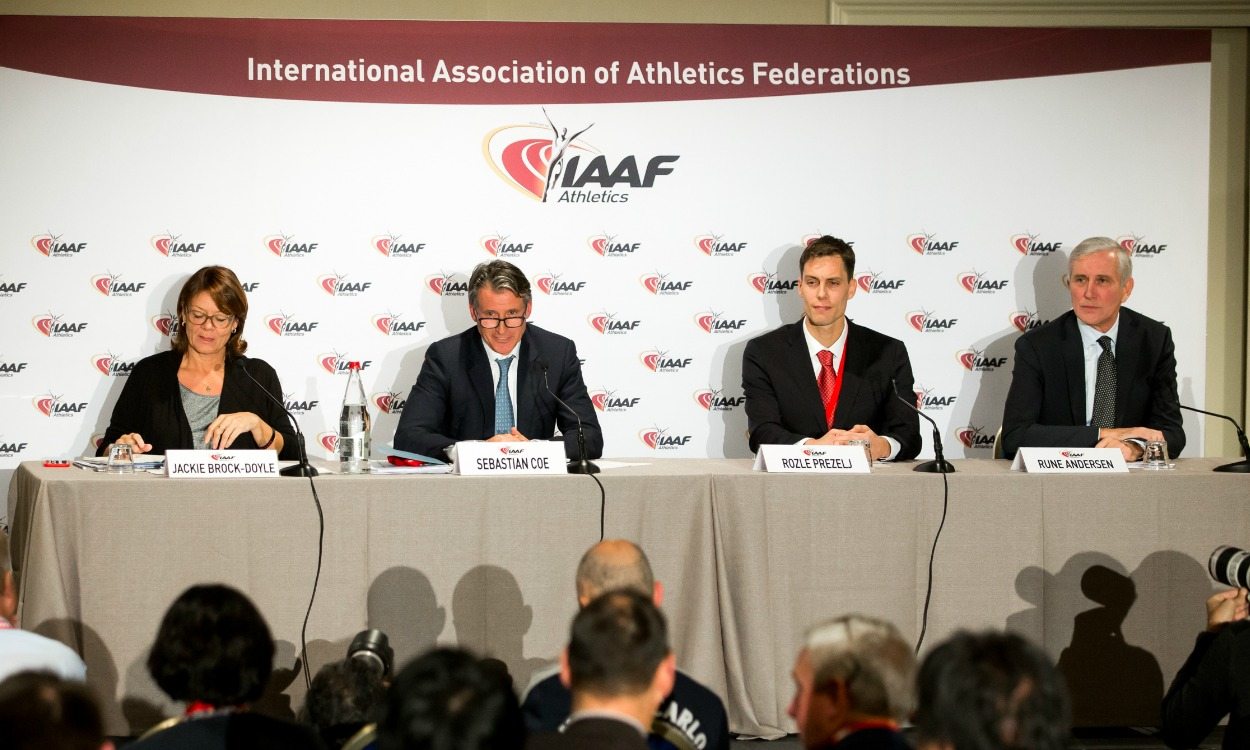 The Russian athletics federation (RusAF) has so far failed to meet the required conditions to allow it to be reinstated as an International Association of Athletics Federations (IAAF) Member and the country’s athletes to return to international competition, the sport’s world governing body has said.

Speaking at a press conference following the two-day 207th IAAF Council meeting in Monaco, IAAF Taskforce independent chairperson Rune Andersen announced that while RusAF has made some progress towards satisfying the reinstatement conditions since June this year, some key issues remain.

“I reported to the Council today that RusAF has made further progress towards satisfying the reinstatement conditions since June 2016, including rolling out anti-doping education modules for coaches and athletes, securing cooperation of the Russian criminal authorities with their French counterparts, and the Russian parliament – the Duma – passing a new law criminalising the supply of prohibited substances to athletes,” commented Andersen.

“One of the key remaining issues is how to demonstrate that the IAAF and RUSADA (Russian anti-doping agency), once it is reinstated, will be able to conduct their anti-doping programmes in Russia without outside interference.”

The Taskforce will next report on RusAF progress in February 2017. “At that time it hopes to be able to identify a clear roadmap and timetable for RusAF’s reinstatement,” Andersen added.

A rule allowing Russian athletes to apply to compete internationally was announced by the IAAF in June and Andersen continued to state that the “crack in the door” allowing athletes who have been subject to “robust testing” to apply to the doping review board to return to international competition in advance of RusAF reinstatement is still in place.

The IAAF Council meeting comes ahead of a Special Congress meeting which is to be held in Monaco on Saturday (December 3). That meeting will focus on governance structure reform proposals outlined in the world governing body’s ‘Time For Change’ document.

The creation of a new independent ‘Athletics Integrity Unit’ forms part of the proposal document and Andersen added how that is something he “strongly supports”.

Further corruption claims have emerged in the past week and speaking at the press conference in Monaco, IAAF president Seb Coe said: “The governance structure reform proposals provide the required checks and balances to ensure our sport is protected in future.

“I do not want this sport to ever return to the grotesque stories that even over the last few days we have been waking up to.”

Coe had opened by stating: “This is pretty important week in the history of our sport. As you know we will be discussing, debating and hopefully passing the very, very needed reform proposals that we have worked up over many months and in all the continents of the world.

Coe also discussed the IAAF’s new ‘Report Doping’ portal, which can be used to report suspicions of doping, and announced that in the first 12 hours, 14 leads were logged, while within 48 hours that had increased to 43 leads.