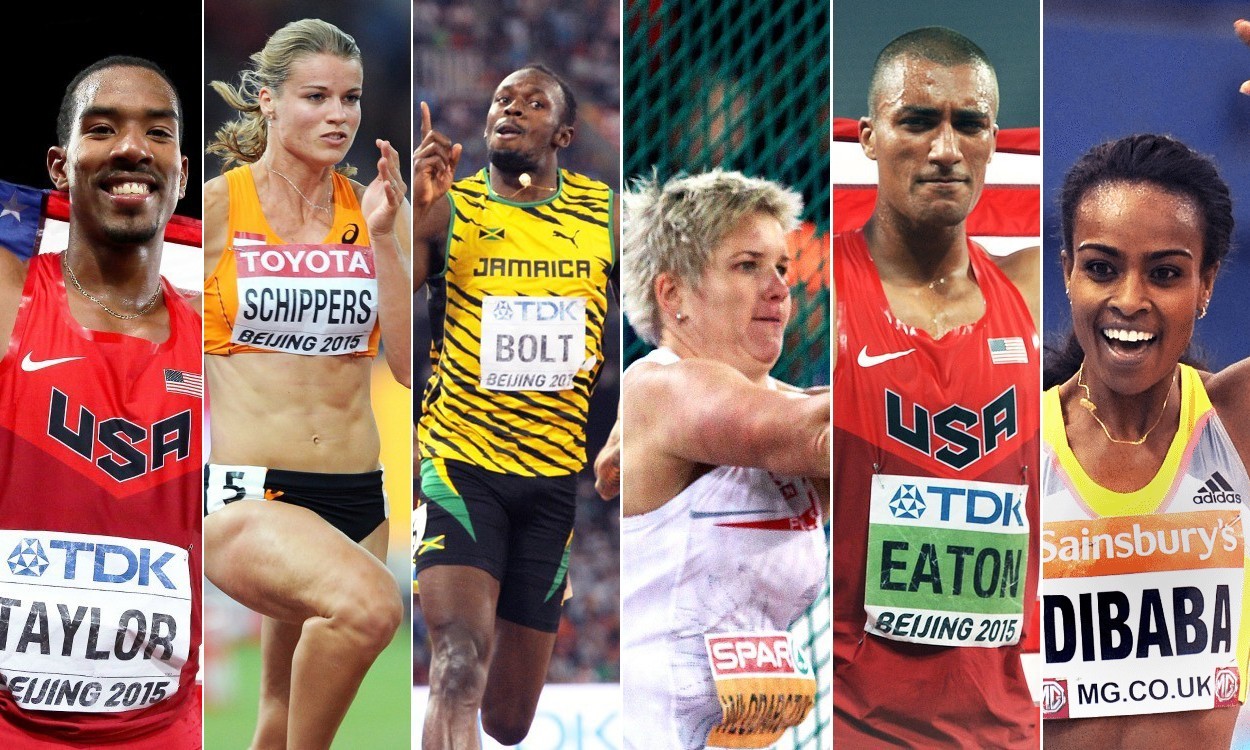 World sprint champions Usain Bolt and Dafne Schippers are among the six finalists who remain in contention for the IAAF World Athlete of the Year awards.

They are joined by Genzebe Dibaba, Ashton Eaton, Christian Taylor and Anita Wlodarczyk on the shortlist, with the winners set to be announced later this month.

The six finalists have been selected from an 18-strong longlist.

Bolt retained his 100m, 200m and 4x100m titles at the IAAF World Championships Beijing in August, with the Jamaican sprinter also having clocked a world-leading time of 19.55 when winning the half-lap event, while Schippers broke the European and championship record with 21.63 to win the 200m world title which she added to her 100m silver.

Dibaba won the world 1500m title after having broken the world record in the event one month earlier with her time of 3:50.07 in Monaco. The Ethiopian also set a world indoor 5000m record of 14:18.86 and took claimed world bronze at that distance.

Eaton broke his own decathlon world record with 9045 points when securing his second successive world gold, while Taylor came close to the triple jump world record when winning in Beijing and also claimed the Diamond Race title in his event.

Wlodarczyk became the first woman to ever throw the hammer further than 80 metres, setting a world record of 81.08m, and also won the world title.

The longlist of 18 athletes, which had included British world champions Jessica Ennis-Hill and Mo Farah, was reduced to the six-strong shortlist after an international panel of 10 experts selected three male and three female finalists.

The awards would usually be presented to the winning athletes at the World Athletics Gala, which in 2015 had been due to take place on November 28, however earlier this month IAAF president Seb Coe announced the cancellation of the event.

“Given the cloud that hangs over our association this is clearly not the time for the global athletics family to be gathering in celebration of our sport,” said Coe. “However we will rightly still honour the outstanding achievements of the sport’s athletes.

“Therefore the Athlete of the Year and other annual honours will still be awarded and will be promoted and announced on the internet and social media.

“The IAAF will seek a suitable occasion in the future for the presentation of these awards to be made to the winners.”

» Want to have your say on who you believe to be the athletes of the year for 2015? You can vote in the AW Readers’ Choice Awards here