Hydration for runners: The new rules 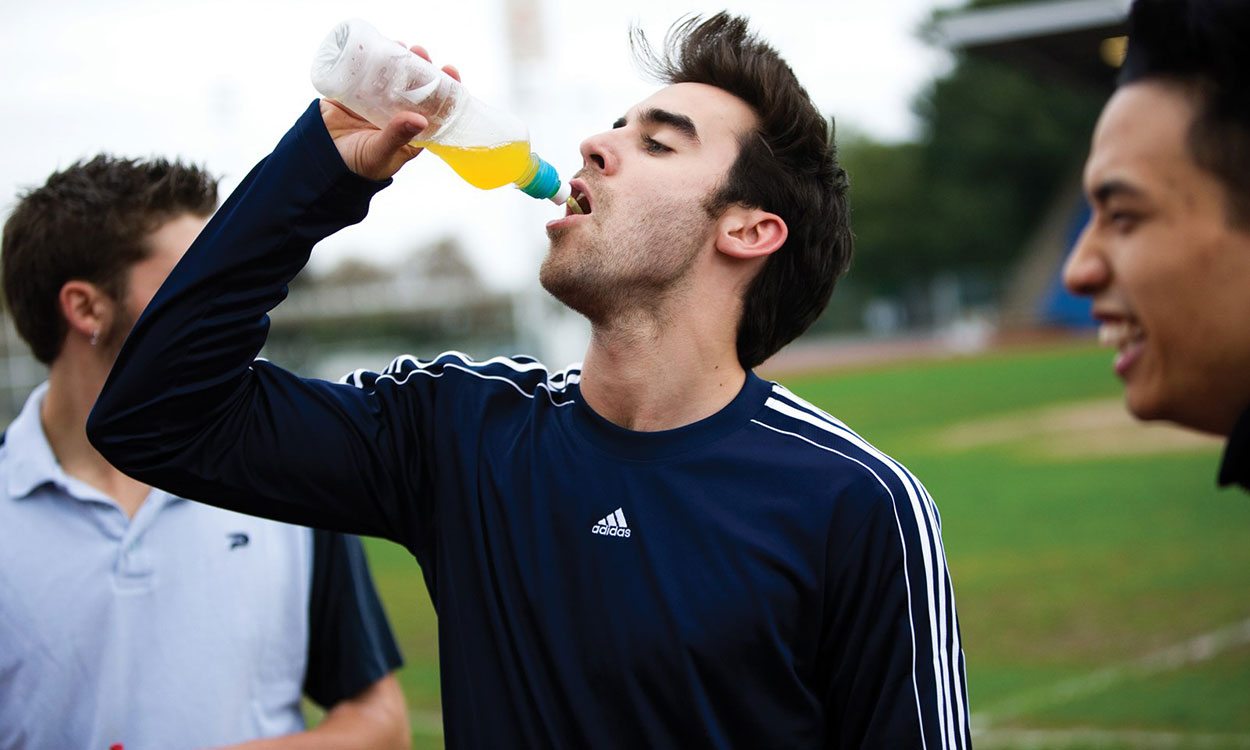 Forget what you know about fluid intake. The rules for runners about what and when to drink have changed, says Peta Bee

There is an underlying fear of dehydration, compounded by billboard reminders not to neglect fluid intake, that mean it is rare to spot a recreational runner who is not clutching a drinks bottle. Such is the preoccupation with drinking enough that research from Loyola University in Chicago reported how almost one in ten of the ‘fun-running’ brigade drink as much as possible and before they are thirsty while 36.5% of them sip fluid according to a preset schedule or to maintain a certain body weight.

Their practices are at odds with the drinking habits of more serious athletes, the majority of whom would not consider consuming fluid on the run unless in training for a marathon or beyond. Yet, even at club level and above, the mixed messages about drinking for sport – from scientists and manufacturers – have diluted our reasoning and caused a mild state of fluid confusion.

What should athletes be drinking and when? Here we present the latest findings:

John Brewer, professor of applied sport science at St Mary’s University, Twickenham, says it’s a little-known fact that some fluid loss can help rather than hinder performance, and that “tactical dehydration” is a growing phenomenon among endurance runners, triathletes and cyclists, at club and elite level.

“Think about it,” Brewer says. “Each litre of fluid lost equates to approximately 1kg of body weight. Carrying around less weight has a positive impact on endurance performance, so people train their bodies to cope with dehydration, rather than fighting to prevent it.”

A report by New Zealand sport scientists suggests that a 3% drop in body weight through fluid loss doesn’t slow down athletes, while a 2012 paper in the Clinical Journal of Sports Medicine found that elite runners in the heat of the Dubai marathon recorded fluid losses of almost 10%, yet still their finishing times were unaffected.

Rule 2: Listen to our body

A few years ago, I took part in a sweat analysis organised by the sports drink company Gatorade, overseen by experts in fluid research from Loughborough University’s school of sport, exercise and health sciences. I was put through my paces, completing a sweat-inducing 40-minute bike ride in a warm and airless room while scientists probed the hi-tech sticking plasters dotted around my body, designed to assess the quality and quantity of my sweat.

The result was an eye-opener to the scientists, but not to me. Years of running had taught me that I could get by without frequently sipping fluids and my results proved it: I lost just 315ml of it an hour (one to two litres was shed by some participants in the trial) and a tiny amount of salt (1g). Whether it was nature or  nurture, I was firmly in the camp that could cope with drinking very little.

My point is that, while it was presumably not what Gatorade had expected, I was far from surprised. Your own body is your most accurate guide to your unique fluid requirements. Listen to it carefully.

Rule 3: You are not a camel

The blanket approach to drinking before you are thirsty and consuming half a litre or more every hour has not only been wrong, but risky. Over-hydration is the cause of the potentially fatal complication, exercise-associated hyponatremia (EAH), in which blood levels of sodium become excessively dilute. Drinking too much is now a more serious risk than drinking too little in many mass-participation events — a 2011 paper in the British Journal of Sports Medicine reported that 14 runners attended one hospital with EAH after the London marathon.

Dr Mitchell Rosner, a kidney specialist from the University of Virginia school of medicine, recently chaired a group of 16 independent experts from four countries to look into the issue. “We’ve documented at least 14 deaths [from EAH] since 1981,” he says. “The common feature in all cases is excessive water consumption during athletic events. This is driven by misbeliefs that over-hydration can improve performance and even prevent dehydration. It is worth noting that data demonstrates mild degrees of dehydration don’t impair performance.”

Remember that your fluid needs will fluctuate with changes to training levels and the environment. Weighing yourself before and after session remains the most reliable indicator of your fluid needs.

For every pound you lose, you need to drink approximately two 10 fl oz glasses (half a litre) of fluids to replace the shortfall. Checking the quantity and quality of your urine can be used as an adjunct – dark and scanty urine suggests high concentrations of metabolic waste and that you need to increase your fluid intake.

However, your urine will be darker if you take supplements (particularly vitamin C), so volume is a better indicator.

Guidelines from two decades ago recommended consuming as much liquid as you could tolerate before exercise, that thirst was not a reliable indicator of how much fluid your body needed. In an updated consensus statement recently published in the Clinical Journal of Sport Medicine, Dr Rosner and his panel stress a reliance on listening to your body.

“We recommend using your thirst as a guide,” he says. “If you drink when thirsty, you will not become hyponatremic and you will not suffer from significant dehydration.” It really should be that simple.

Rule 6: Set your own guidelines

If your body needs more fluid, take it. If it performs well with less than the general recommendation, then adjust accordingly. Ron Hill drank nothing when he won the 1970 Commonwealth Games marathon with a time of 2:09:28.

Neither did Mike Gratton when he won the 1983 London Marathon, and so it has continued.

Kenyan athletes adopt what researchers described in the Medicine & Science in Sports & Exercise journal as an “ad libitum fluid intake”, drinking what and when they feel like throughout the day.

Likewise, a 2011 study published in the Journal of the International Society of Sports Nutrition found that among the top Ethiopian runners, no fluids were drunk before or during training, with only modest amounts imbibed afterwards. And none of this, it seems, to any ill effect.

HOW TO HYDRATE: THREE OF THE BEST

What: A refreshing sugar free electrolyte drink with zero calories. Developed for use during exercise and throughout the day to rehydrate with Vitamin C and key electrolytes, including sodium and magnesium. Comes in tablet form – drop into your water bottle and it will rapidly dissolve – in a variety of flavours. Available as a “WADA tested” product.

What: An effervescent tablet designed to dissolve in 500ml of plain water, it provides sodium at a specific concentration (30mmol/L) that is scientifically proven to produce superior hydration compared with water alone. Available in berry, cola and lemon flavours. Provides 190 calories per 40g serving.

What: A powder made up of the essential electrolytes sodium, potassium, calcium and magnesium. Recommended use is twice daily, added to 500ml of water or juice mixed in a shaker. It’s unflavoured so you can add your own in the form of fruit juice.