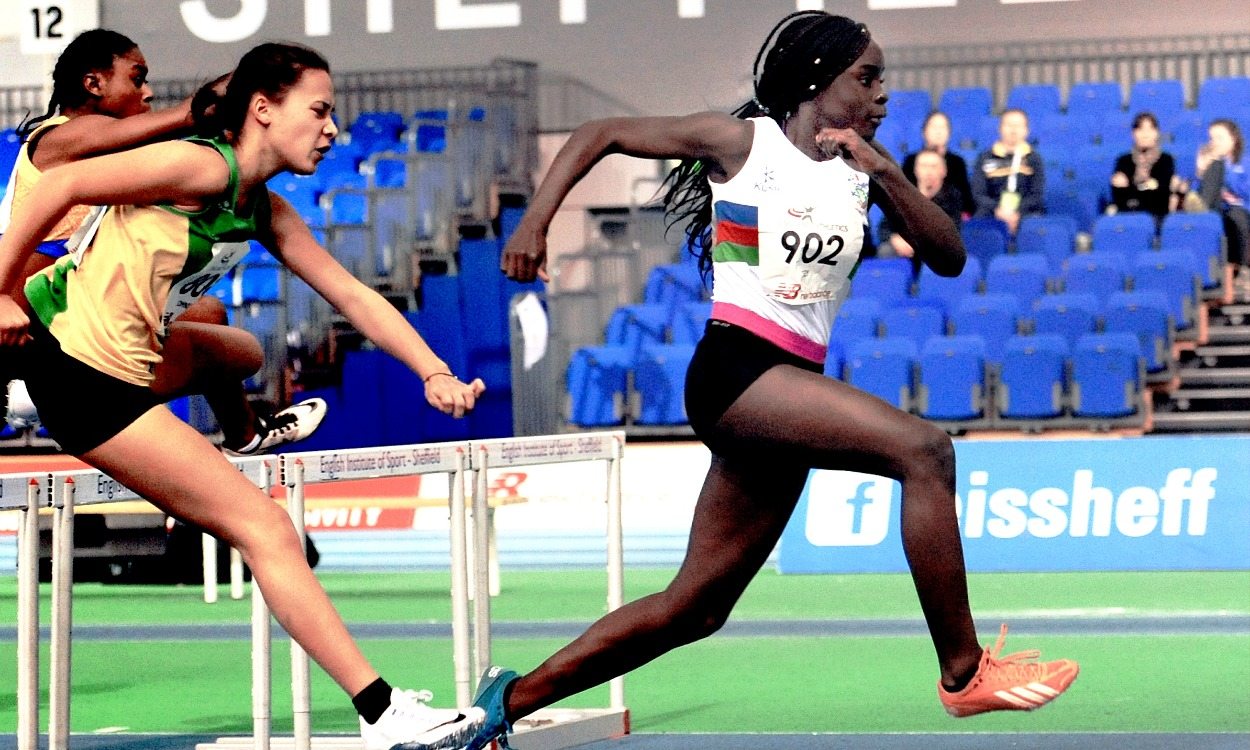 AW speaks to a young hurdler with big ambitions

Fifteen-year-old Marcia Sey has her sights set on hurdling for her country as early as next year.

The talented Millfield School and Croydon AC athlete has achieved all of her targets in 2016, winning English Schools and England Athletics titles.

Such has been her form, the only occasion in which she has been beaten in her specialist event this summer was in the semi-final at the England Athletics Championships. However, Marcia held her nerve and bounced back to not only take the title, but also set a big 75m hurdles PB of 10.93 and move to sixth on the UK age group all-time rankings.

Her sub-11 time was particularly special, as she had thought she was capable of doing it at the English Schools earlier in the season. She explains: “Unfortunately, I picked up an injury just after the semi-final in the English Schools, meaning I had to cut down on my warm-up and just give it my all in the race. This injury prevented me from running the sub-11 that I had been working so hard for. However, I was so happy take the gold, as all the other athletes were on form in the race apart from me.”

She had enjoyed a taste of national success as a first-year under-15 in 2015, when she claimed bronze at the English Schools, so she had been determined to make it to the top of the podium in 2016.

Coached by Lorna Boothe when she is at home, Marcia goes to school in Somerset and says: “I am lucky to be at a school like Millfield, where all the coaches encourage me, teach me the best techniques and give me the support I need to develop as an athlete.

“I train almost every day at school apart from Sundays, but if I have a competition I rest the day before and the day after. The facilities are the best I could ask for, my training partners are so supportive, friendly and talented and I have a great training schedule and great coaches. The best thing about Millfield has to be the standard of education everyone gets, and the number of opportunities to try new things.”

Having started running in year one at primary school, Marcia started taking it seriously and became a member of Croydon in year six, claiming it was “the best decision ever”. She enjoyed a range of sports, including swimming, gymnastics, hockey, dance, netball and tag rugby, but quickly knew it was athletics that she wanted to focus on.

“I would watch athletics all the time if it was on and I knew I wanted to take it further,” she says.

Like many young athletes around the world, Marcia is inspired by the dominance and charisma of Usain Bolt. However, as a hurdler, it is of little surprise that one of the athletes Marcia admires most is new 100m hurdles world record-holder Kendra Harrison of the United States. Among the British athletes, Jessica Ennis-Hill, Katarina Johnson-Thompson and Dina Asher-Smith are among her favourites.

Although she has no set pre-race routine, there are a few things that Marcia likes to do to make her feel mentally ready. “I always wear my heart necklace and kiss it before my races. My mum gave it to me just a few months ago and I also pray to God for strength and direction,” she says.

Looking ahead to the future, Marcia’s ambitions do not stop at winning national medals. “I one hundred per cent want to race for Great Britain,” she says boldly.

You can find further performance stats on Marcia on Power of 10 here.