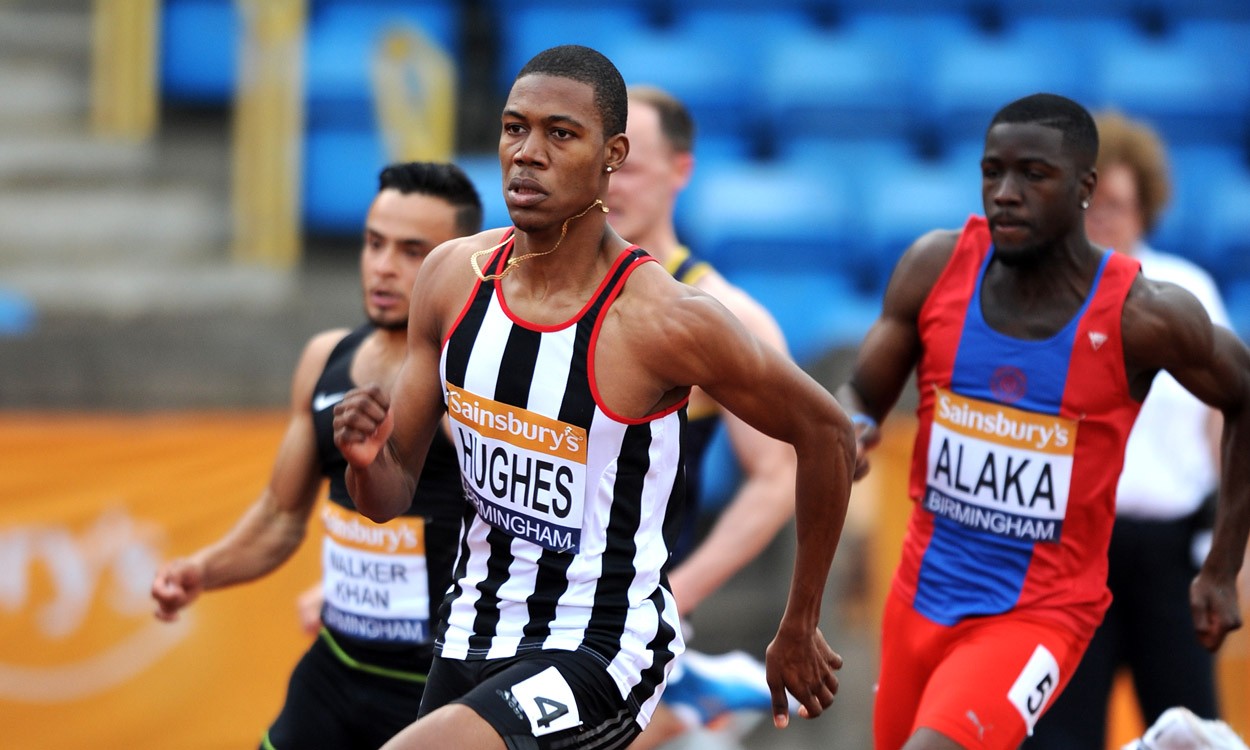 Anguilla-born transferee runs 20.55 on the opening day of the Sainsbury’s-sponsored event in Birmingham

Newly qualified GB athlete Zharnel Hughes was the fastest in the heats of the men’s 200m at the Sainsbury’s British Championships in Birmingham on Friday, clocking an easing-down 20.55.

The 19-year-old, who was recently cleared to compete for GB as his country of birth, Anguilla, a British overseas territory, cannot enter a team for the Olympics, was one of the biggest names in action on the short opening day’s session.

Hughes’ celebrity is courtesy of his being a training partner of Usain Bolt, whom he ran to within three hundredths of a second at the New York Diamond League earlier this year. However, he is no slouch himself and set his PB of 20.15 earlier this year.

He looked easy as he finished more than half a second in front of the rest of the field and said: “It was a great race for me. I just listened to what my coach told me – ‘execute the race and have fun’. That’s what I did and I stayed relaxed.

“Hopefully tomorrow and will go out and win that British title. I’m not so worried about winning, but I want to execute my race well but bringing in the win would be great for me.”

The winners the last two years respectively, James Ellington and Danny Talbot, won the other heats with 20.73 and 20.74.

Delano Williams, who tops the UK rankings this year with 20.04, was a non-starter due to a hamstring injury.

Bianca Williams was fastest to progress through to the final of the women’s 200m, clocking 23.45 as only 14 athletes contested the two heats. Margaret Adeoye, the fastest British athlete in 2015 apart from the absent Dina Asher-Smith, who is set to run in the 100m tomorrow, also went safely through with 23.66.

However, despite the current high standard of British women’s sprinting, the depth was disappointing. Seven GB women have run below 23 seconds in the past two seasons but, of those, only Adeoye and Williams lined up as 24.70 was enough to make the final.

European champion Martyn Rooney was among those safely through to the semi-finals of the 400m. He clocked 46.90 as Andrew Steele was quickest with 46.64. Jarryd Dunn, Rabah Yousif, Nigel Levine and Michael Bingham also qualified.

However, there was disappointment for the spectators as local athlete and European silver medallist Matthew Hudson-Smith was announced as a non-starter due to “minor back stiffness”.

Following the “club connect” junior relays, the main action was over in less than two hours in the absence of a usual 10,000m. The trials for that event was held instead in Highgate in May.