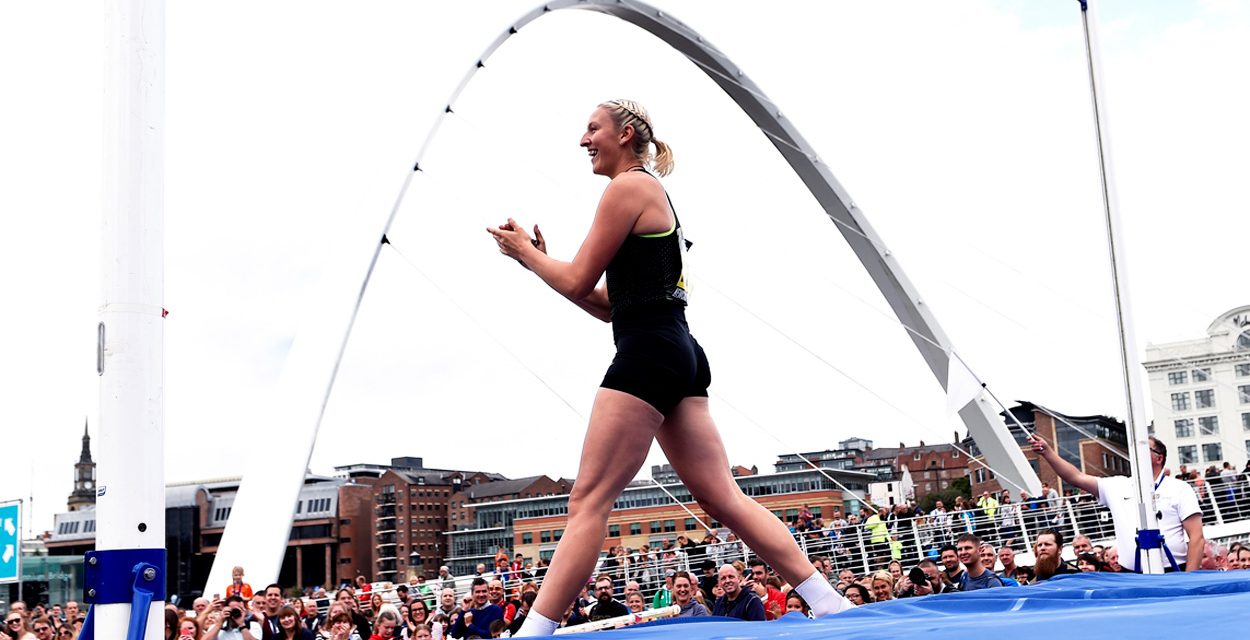 At the end of a long and action-packed season, Holly Bradshaw and Anyika Onuora were among those to sign off with one final win as they claimed victory in front of home fans at the Great North CityGames.

From a sunny Gold Coast in April all the way through to a showery Newcastle and Gateshead Quayside on Saturday afternoon, both athletes were pleased with their summer’s work after winning the pole vault and less traditional 500m respectively. 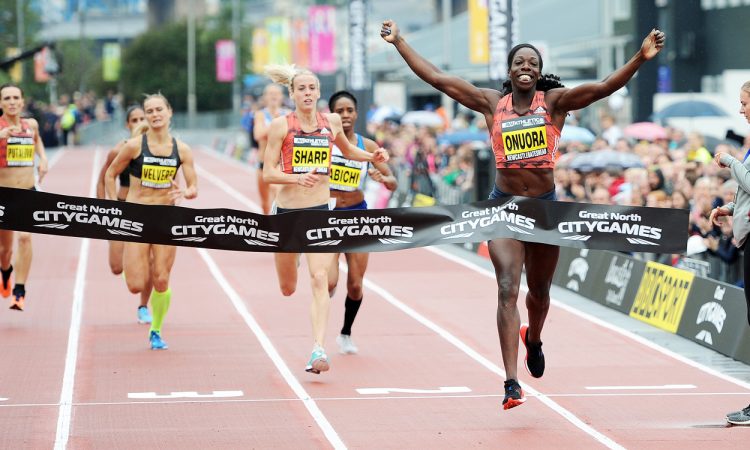 British record-holder Bradshaw secured success after just a single vault as she soared over 4.35m on her first attempt, with Germany’s Stefanie Dauber and Britain’s Jade Ive achieving a best of 4.25m – an outdoor PB for Ive.

Bradshaw explained earlier this season how she had been taking “a little bit of a risk” by competing off a shorter approach this year, but it’s one which paid off as she achieved her joint second best ever outdoor height of 4.80m in Germany in July and claimed European bronze in Berlin.

On Saturday the 26-year-old went on to clear a best of 4.55m which she managed on her first attempt after needing two tries at 4.45m. She closed her competition with three attempts at 4.66m.

And..LOTS OF FUN! Thanks to everyone for their support💕 pic.twitter.com/0te9KTcXW6

“I love finishing my season at Newcastle in front of the home fans,” she said. “It was a tough call between doing the Continental Cup or the CityGames but I love competing in front of a home crowd, with all my family watching and it was a rare opportunity when me and my husband get to work together with him coaching me.

“I also like to support street meets as they’re usually free for spectators and that means lots of kids will be about watching and hopefully they see the event and want to try it.”

Onuora, who helped GB to European 4x400m bronze last month, was to the fore alongside Abichi as the race went from the road to the pop-up track with around 150m to go and no one could match her finishing strength.

After placing sixth in the mile, which was won by Laura Muir, just a few hours earlier, Hannah England was understandably slightly off the pace but finished pleased with her 500m time of 71.37.

“I’ve had such a fantastic 2018 and I just wanted to end it on a high and I did that here,” said Onuora.

On the challenges of preparing for the rarely-run distance, over which she finished second behind Perri Shakes-Drayton last year and third behind Sharp in 2016, the 33-year-old added: “I just did my normal warm-up and I didn’t really think about the distance.

“You start like 1500m girls because you’re all kind of bunched up and I’m like ‘why is everyone next to me!?’ because I’m so used to running in lanes.

“I didn’t really have a race plan, I just knew once I got on to the track I needed to create space and pull away.”

“I wanted to end the season on a high and I did that, so it’s great!” @annyonuora after her 500m win at a wet Great North CityGames #GNCG2018 pic.twitter.com/YXYMwyo1GO

Michelle-Lee Ahye was the winner in another rarely-run event – the 150m. The Trinidad and Tobago sprinter, who won the Commonwealth 100m title in April, clocked 16.49 (2.6m/sec) ahead of Britons Daryll Neita and Jodie Williams.

While the retirement spotlight was on Britain’s long jump great Greg Rutherford, German sprint hurdler Nadine Hildebrand is another athlete now hanging up her spikes and she signed off with a win, clocking 13.10.

Jazmin Sawyers saved her best leap until last and was the top female long jumper with 6.45m in a mixed competition.

Among the winners in a series of races featuring rising athletics stars, Zoe Thompson won the English Schools 150m women’s race in 17.60.

» Full coverage from the Great North CityGames in the September 13 issue of AW. Click here for a men’s events report