Highs and lows of Prague 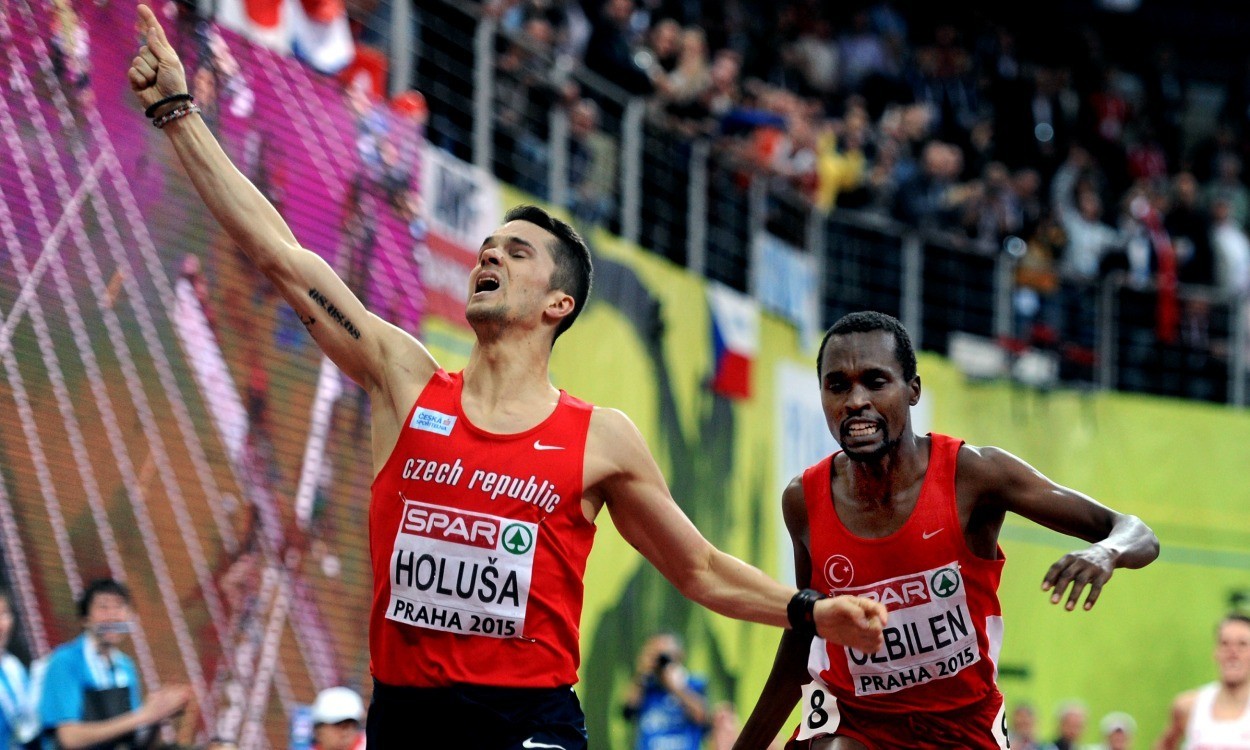 Athletics Weekly’s coverage from the first-ever European Indoors – in Dortmund in 1966 – reported that “lavish indoor meets are here in Europe to stay” and added: “There was rarely a dull moment during the long programme as keen competition and superlative performances kept the informed and appreciative crowd roaring with approval.”

Such was its impact, Prague and Lyon were quick out of the blocks to bid for the second European Indoor Games, as it was known until 1970. The then Czechoslovakian capital won the right to stage it and winners in its Sportovní hala in 1967 included Noel Carroll and John Whetton, both of whom won a hat-trick of middle-distance titles in the late 1960s, plus long jumper Lynn Davies, while a trio of West German men triumphed in a rarely run 3x1000m relay.

Lynn the Leap was among the former winners who returned to Prague last week for the latest European Indoor Championships. Those early words in AW in 1966 were prophetic, too, because the event has blossomed into one of the most enjoyable fixtures on the calendar.

Here are my highlights – and a couple of lowlights – from Prague 2015.

Katarina Johnson-Thompson’s 5000-point pentathlon tally smashed Jessica Ennis-Hill’s British record and was only 13 points shy of Nataliya Dobrynska’s world mark. Her long and high jump performances would have been good enough to win medals in the individual events in Prague, while it was only lack of opposition in the final event, the 800m, together with an arguably overly cautious first 400m, that caused her to miss the world record.

Such is her ambition she wept tears of disappointment before her medal ceremony. Her coach even joked that she didn’t deserve the world record after such a poor shot put.

Behind, the 17-year-old Morgan Lake also excelled and with Olympic champion Ennis-Hill set to return this year, following the birth of her first child, fans are already getting excited about a potential showdown in Gotzis in late May, not to mention the IAAF World Championships in Beijing in August.

In contrast to KJT, Richard Kilty had one of the widest smiles in Prague as he added the European 60m title to his world crown. The Teesside Tornado has endured a frustrating 12 months since victory in Sopot, but with a scintillating sprint display he silenced the critics who had called him a one-hit wonder by storming to an emphatic victory.

A fearless warrior is how he described himself after the race. Such hyperbole is probably due to fight fan Kilty watching a little too much MMA and boxing. Still, it was one of the more memorable post-event comments and whets the appetite for a tilt at the sub-10-second barrier later this year.

Nothing lifts a championship more than home nation medal hopes and the Czech Republic had plenty in its 46-strong squad. A couple of them came up trumps in glorious style as well as Pavel Maslák won the 400m and Jakub Holusa (pictured above) the 1500m amid tremendous atmosphere and noise.

Being the hot favourite, Maslák’s victory was a Cathy Freeman moment as he sped through 200m in a blistering 20.99 before coasting home in a championship best of 45.33 to win by almost a second. With a more controlled race, he might have threatened Thomas Schönlebe long-standing European indoor record of 45.05, but the crowd didn’t care as their cheered their first gold of the weekend.

Then came Holusa’s win, which was reminiscent of Rui Silva’s 1500m victory on home soil at the 2001 World Indoors in Lisbon. Ilham Özbilen had what looked like a winning lead on the last lap, but inspired by the crowd the Czech Republic athlete uncorked a memorable finish to pip the Turk on the line. Cue pandemonium in Prague as the roof of the O2 Arena was almost blown away.

Crucially, the next European Indoors in Serbia in two years’ time is set to feature local interest, too, courtesy of long jump winner in Prague, Ivana Spanovic, and shot put runner-up Asmir Kolasinac.

The women’s 60m showdown between Dafne Schippers, Dina Asher-Smith and Verena Sailer was one of the most intriguing match-ups of the championships. Ultimately, despite a poor start Schippers was a convincing winner in a world lead of 7.05 as she became the third woman to hold the European 60m, 100m and 200m titles after Kim Gevaert and Renate Stecher.

Such is Schippers’ talent, she may now move back to combined events to take on Johnson-Thompson and Ennis-Hill, while in the flying Dutchwoman’s slipstream the prodigious Asher-Smith equalled Jeanette Kwakye’s British record of 7.08.

A view to kill for

An estimated 52,284 spectators flocked into the majestic O2 Arena in Prague over the three-and-a-half days of action. Many were left frustrated, though, with restricted views of the track.

Even the press seats, which are normally among the best in the house, left journalists unable to see most of the first bend and even the finish line. Fans were similarly frustrated and if the championships had not generally been such a success surely many would have been asking for their money back.

The problem was that the arena is mainly used for ice hockey and concerts and not designed to have an athletics track in the middle. Many found it unacceptable and I struggled to find anyone who had a perfect view of the action or indeed had ever visited an athletics meeting where sections of the track were obscured.

The sport’s organisers should make sure it never happens again. On the topic of spectator enjoyment, it would also be good if proper programmes with start lists were made available. In addition, free wi-fi would help fans create a social media explosion of publicity for the event.

Neither start lists nor wi-fi should be difficult to extend to fans as they are already used by media at the event.

The reason most fans complained about the poor views with a mere shrug of the shoulders was that the championships had so many plus points. Most of all, the host city is one of the prettiest and most interesting in the world. Soaked in history, Prague is the fifth most visited city in Europe and offered visitors plenty to see and do when the athletics was not taking place.

Athletes who dabble with drugs are increasingly realising that their achievements are not celebrated as much as the performances of clean athletes. There were a couple of events in Prague, for instance, won by athletes who had returned from doping bans. These included triple jumper Yekaterina Koneva of Russia and 400m runner Nataliya Pyhyda of Ukraine, who won their events after previously serving anti-doping bans.

The sign of a great European Championships is when performances reach a truly world-beating level. There were several moments like this in Prague but none more than Renaud Lavillenie’s pole vault victory.

The flying Frenchman recovered from a fright in qualifying to set a championship record of 6.04m in the final and then had three attempts at the world record. The crowd loved it as Lavillenie showed his athleticism in the most dynamic event of all.

Bring on Belgrade for the next championships in 2017.

» The March 12 issue of Athletics Weekly has in-depth, event-by-event coverage from Prague