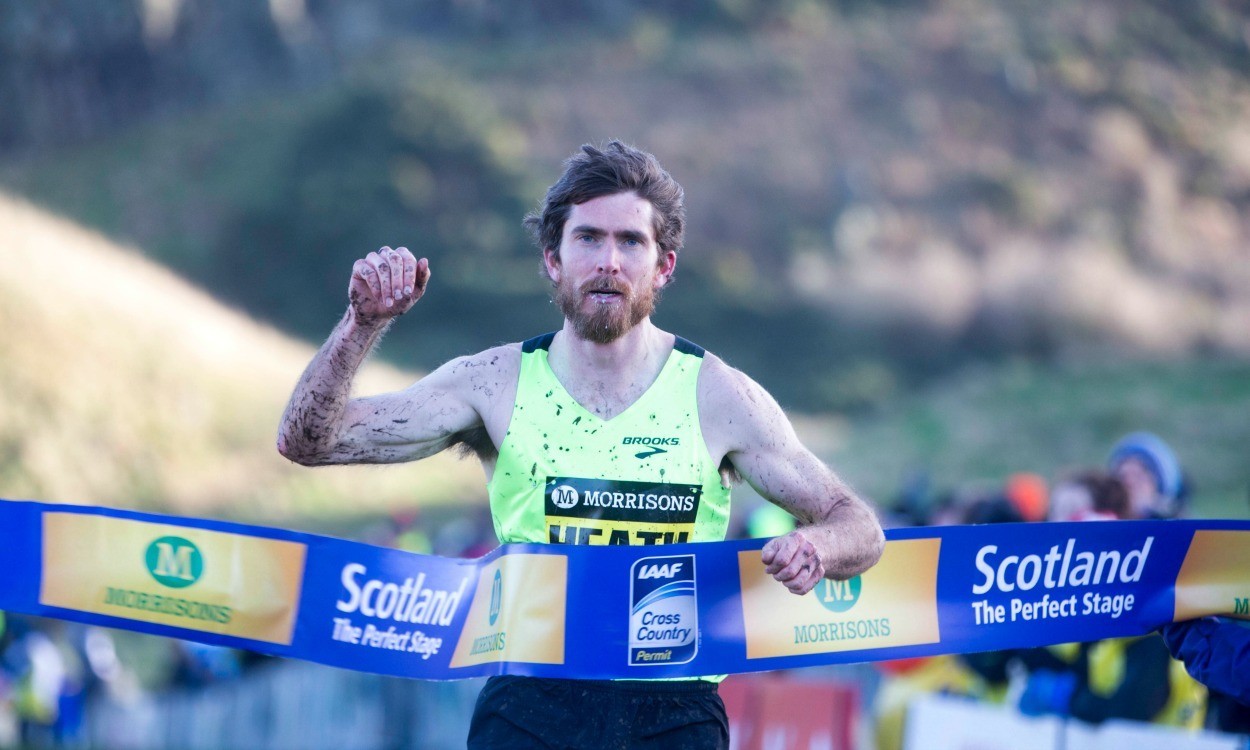 Garrett Heath will be looking to claim another major scalp at Holyrood Park when he leads the US challenge in front of the BBC One television cameras in the Great Edinburgh XCountry meeting on January 9.

In the 2016 meeting Heath will step up to the international 8km team race to face the might of Britain’s double Olympic, world and European track champion Mo Farah.

It promises to be a tough task for the Stanford University graduate, but Heath will arrive in Edinburgh in promising form, having won the US Clubs Cross Country Championship title in San Francisco on December 12.

He also has a winning pedigree on the Holyrood course, albeit over half the distance. “I like the cold and the mud,” he said. “I’m from Minnesota and I’m used to cross country skiing.” Heath was a two-time state Nordic skiing champion in his youth.

He may not be the only member of the US senior men’s team with a winning pedigree in Edinburgh. Kirubel Erassa won the junior men’s race in the Scottish capital in 2012. The squad also includes Alex Monroe, a former Pan American Junior 10,000m bronze medallist.

The US senior women’s team features Amy Van Alstine, fresh from her sprint finish victory in the women’s race at the US Clubs Cross Country Championships. She will be joined by her Northern Arizona Elite club mate Rochelle Kanuho, who was third in that race, former US cross country champion Mattie Suver and former US indoor 3000m champion Chelsea Reilly.

In the two junior races, the US will field world youth 1500m finalist Phillip Rocha and Katie Rainsberger, who was 55th in the junior women’s race at the 2015 World Cross Country Championships in Guiyang, China.

The GB team for the event can be found listed here, where there is also a link to the full European team.