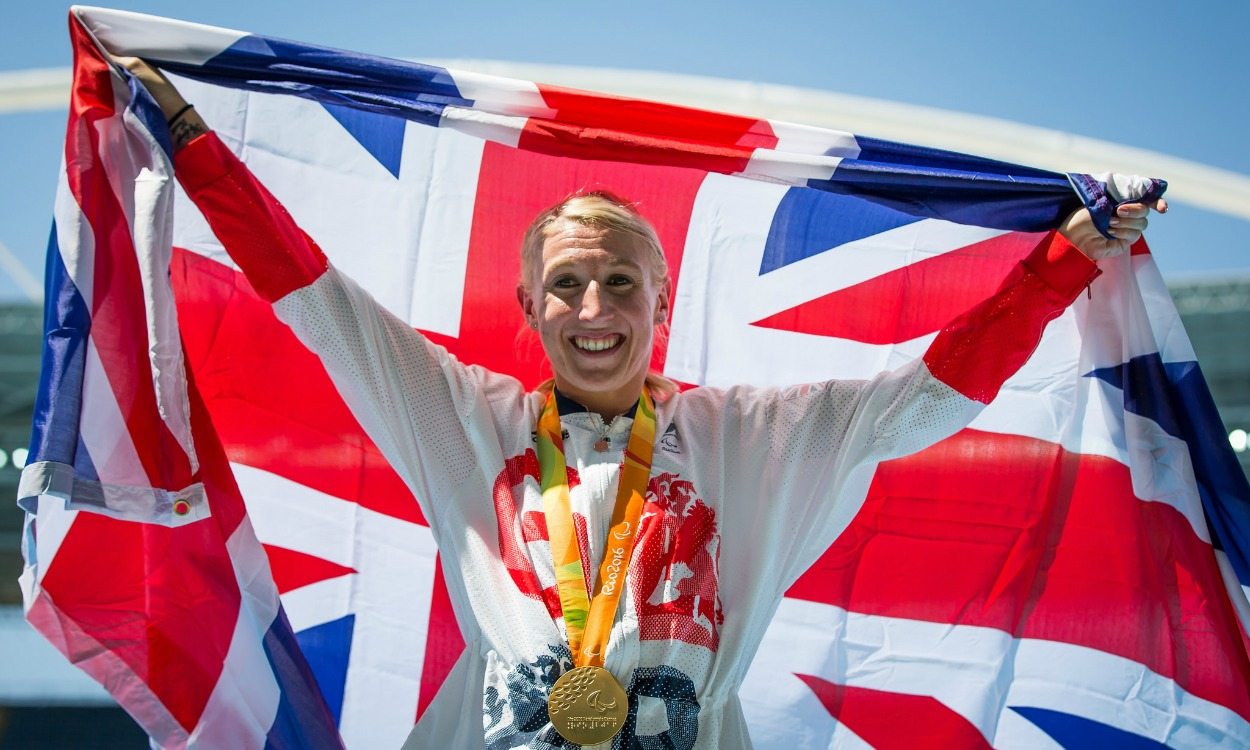 Great Britain exceeded its medal target with 33 medals, 15 of those gold, and Dunn reflects on her Paralympic team’s performances

Paralympic head coach Paula Dunn has said she is “exceptionally pleased” with how the Great Britain team performed at the Rio Games following a haul of 33 medals, 15 of those gold.

With 15 gold medals, seven silver medals and 11 bronze medals, the team improved on both the UK Sport target and also the medal tally achieved in London four years ago.

“I am really, really pleased,” said Dunn, who took over as head coach of the British Athletics Paralympic programme after Peter Eriksson following the London Games. “The guys have all stepped up. The medal target from UK Sport was 28-32 medals with 10-12 gold, so I thought that if we achieved that I would be really chuffed. They have exceeded that so I am exceptionally pleased with how the team performed.”

On her general Rio Paralympics experience, Dunn added: “It has been absolutely brilliant. Before coming I was a little concerned but the village has been fine, the food has been good, the transport has worked. We are all happy with the preparations that the Brazilians have made and the welcome has been fabulous. The stadium may not be full but it is exceptionally noisy and the atmosphere great. My experience is that it has been one of the best Games I have been to.”

While there have been many highlights in terms of British successes (you can find all of our reports on Rio action here), Dunn selected three athletes whose performances she believes have really stood out.

“It is so hard to pick one personal highlight,” the 51-year-old former sprinter told AW. “If I am pushed, I would say seeing Georgie Hermitage doing the double (T37 100m and 400m), breaking the world record in the 100m and getting close to it in the 400m. She is a mother, having to balance time away from her child.

“But I would also mention Richard Whitehead because that T42 100m was amazing,” she added. “I still don’t know how he came through in those last 20 metres to grab a silver – but I am glad he did.

“Jonnie Peacock has had a chequered four years so to come back and regain the T44 100m title was just amazing.”

One athlete who has not enjoyed such success, at least in comparison to his exceptional London medal haul, is David Weir. The six-time Paralympic gold medallist was disappointed with his own performances in Rio which included a fourth-place finish in the 1500m, fifth in the 400m and sixth in the 800m as well as a GB T53/54 4x400m relay team heats exit before a collision forced him to withdraw from his marathon title defence.

The 37-year-old had posted an emotional message on Twitter a couple of days before his last race in Rio in which Weir apologised for what he described as a “terrible” performance at the Games.

“David Weir has been a great ambassador for the sport,” said Dunn. “His record speaks for itself.

“He is a legend of the sport and I am personally grateful that he is here. He has always supported me throughout the time I have been in charge.”