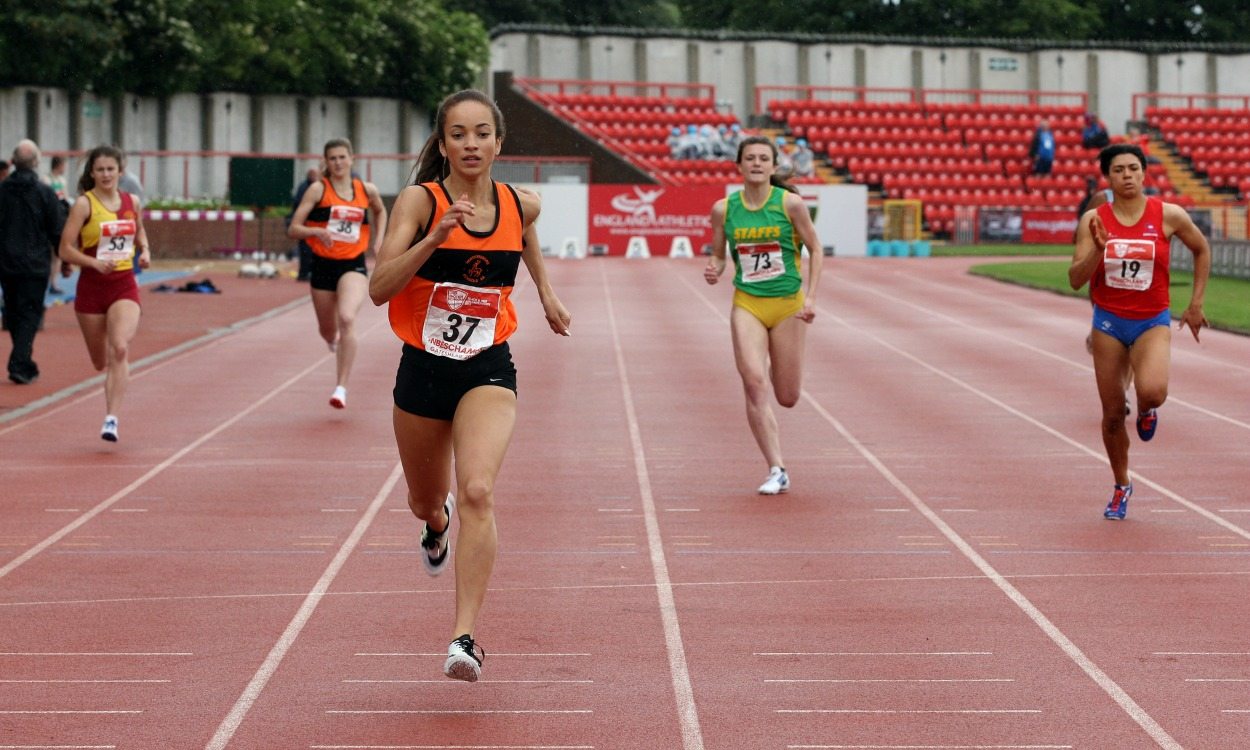 Great Britain junior international Hannah Williams broke the championship best, becoming the first to dip under the 54-second barrier for 400m in her starring role on the final day of the 86th New Balance English Schools Championships in Gateshead.

Williams, 18, used the championships in preparation for the IAAF World Junior Championships in Bydgoszcz which kicks off in 10 days’ time, and looked in good form from lane six as she took the stagger out of the athletes on her outside by 150 metres and crossed the finish line in 53.99 ahead of Ella Barret (55.58) in second.

Inter girls’ hammer thrower Katie Head went top of the UK all-time under-17 rankings as she bettered her championship record of 60.05m from last year in a strong competition which saw three athletes beat the previous mark.

Head saw her record broken by former under-17 No.1 Olivia Stevenson, who finished second with a 62.55m throw, before launching her fourth throw out to a colossal new record of 65.06m. Tara Simpson-Sullivan of Cumbria also threw beyond Head’s old record to finish third with 60.81m.

The UK No.2 javelin thrower Harry Hughes toppled David Parker’s 18-year-old English Schools’ best and completed the full set of championship titles, propelling it out to 73.41m ahead of fellow GB junior thrower James Whiteaker, whose 68.17m throw won him the silver.

Victoria Weir also went top of the UK all-time 1500m steeplechase list with a 4:40.23 in Devon colours, slicing 10 seconds off her previous best in the process.

Similarly to Williams, Charlotte McLennaghan got some rounds under her belt in the senior 200m before heading to Poland, winning comprehensively over Jazz Crawford of Kent in a time of 24.30.

Max Burgin came out on top in his “clash of the titans” battle with Ben Pattison in the junior boys’ 800m race as the pair – first and second on the UK all-time under-15 list – broke from the pack with 300 metres to go and Burgin held it together on the home straight to take the title in 1:56.85 to Pattison’s 1:57.03.

Tilly Simpson delivered on her promise from Friday’s 1500m intermediate heat as she clocked a personal best of 4:21.47 to chop four seconds off her previous best time in a fine display of front-running, winning by a clear 50 metres from London’s Alexandra Brown.

Kent sprinter Camron Lyttle snuck in for an unexpected win the senior men’s 100m in a relatively slow race, clocking 10.98 to get the better of last year’s intermediate runner-up Kesi Oludoyi (11.01) and Eden Davis (11.06).

In the women’s race, hot favourite Sophie Yorke was one of two casualties to the newly-enforced international false start rules at the championships, resulting in an open race which was taken by Kristal Awuah just one-hundredth of a second ahead of her London team-mate Danielle Blake – 12.22 to 12.23. The intermediate girls’ race also had a London one-two as Charmont Webster-Tape was pipped to victory by Olivia Okoli by a few thousandths of a second after the pair registered 12.08.

Thirteen-year-old Jaleel Roper, one of the youngest victors in Gateshead over the two days, held his nerve in his first ever English Schools’ competition to win the 200m in a time of 23.20 after his 22.81 heat victory on Friday. At senior level Connor Wood produced what was expected of him with a time of 21.53 for gold, and Romell Glave ran 22.00 to win the men’s race by a clear margin.

In the 3000m the absence of GB junior Alex Yee left the race open for Sam Stevens to win in 8:24.91, while Matthew Willis was strongest in the home straight to take the intermediate title over Jack Goddard and Joshua Cowperthwaite in second and third.

Niamh Bridson Hubbard handled the favourite tag to win the senior girls race in a time of 9:43.10 and Faye Ireland, running just her fourth ever 3000m race, came in for victory in 9:50.92.