Hannah England on chasing her dream 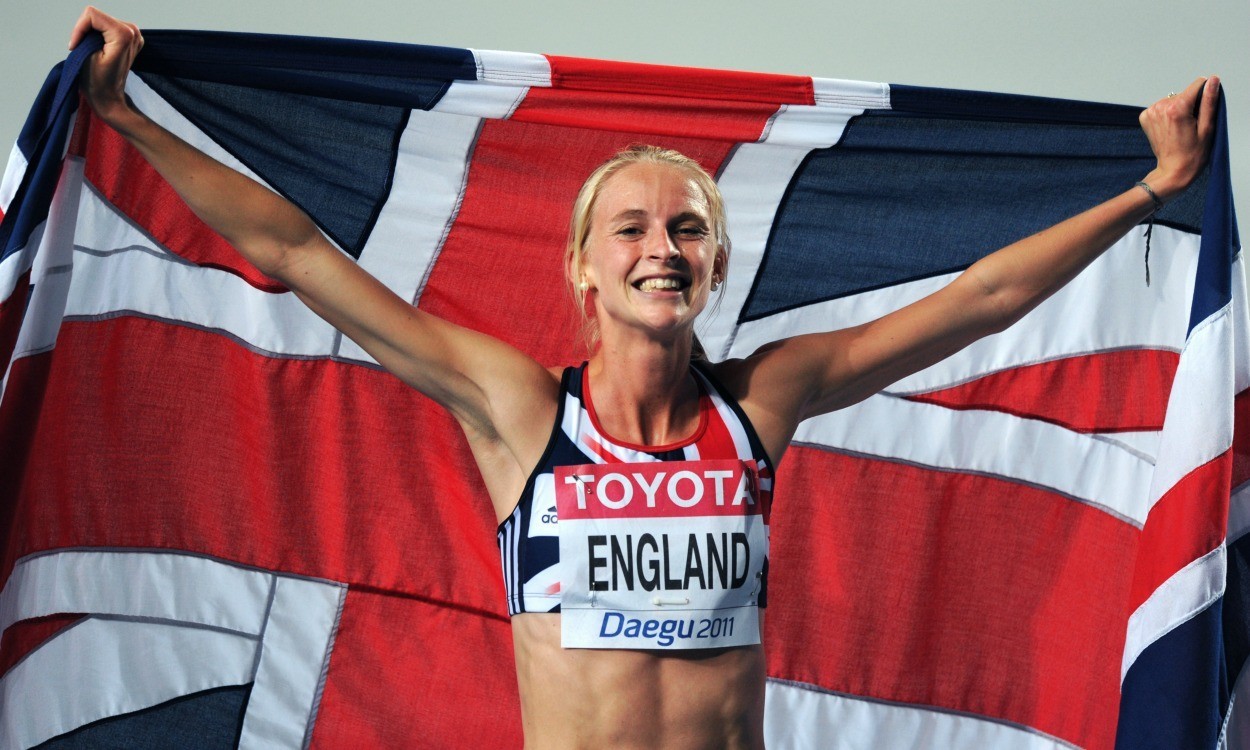 The 2011 world 1500m silver medallist yearns to recapture her medal-winning form in time for the Rio Olympics, writes John Wragg

In the attic of her home in the suburbs of Birmingham, Hannah England’s World Championship silver medal is back in its bag on a shelf. But not only does that 1500m medal from Daegu in 2011 represent the peak of her career, it’s helped save it and get her ready for this year’s Rio Olympic Games.

The blows have kept coming for England. A severe Achilles injury threatened whether she would ever run again. Then there was illness. And finally UK Athletics effectively said in November they didn’t think she could win the big medals any more by dropping her from Lottery funding.

But in that bag, dusty as having not been opened lately, was her inspiration.

“I hung up the medal in my attic for a few weeks a few winters ago when I was injured. I’ve got an exercise bike in my attic. It was the middle of the winter and I was like ‘Yes, this will help’,” she says.

“I put the medal up, looked at it, took inspiration, thought where I wanted to be again, and got back from injury.

“It’s not hung up now. I put it back in its bag and it’s just on a shelf again in the attic.

“It’s kind of weird what athletes do with their medals. It’s like what people say ‘Don’t look at a photo, just try and remember it’. It’s so much more than just the medal. It’s the whole process of doing it. Maybe when I retire it will be on show more.”

That retirement date was just around the corner when her Achilles was shredded in a race in Hengelo two months before the London Olympics.

Blood poisoning meant five days in hospital and, from a point where she couldn’t even walk properly, never mind run, England got herself to the Games, going out in the semi-finals.

“Am I stubborn? Hugely,” she smiles. “That’s why I train and have the same people around me I’ve had for eight years. I won’t bow to change.

“So, yes, just stubbornly ignoring everything. Stubborn and resolve. Those words come into play. It’s the ethos of just doing the best you can every day.

“I’m just getting on with it. I don’t tend to get carried away about external things that might affect me. I don’t know, I just get my head down and get on with it.”

Birmingham University, where England trains, is a short drive, a run or a cycle for the group she works with.

“We’ve got our own little hub. We kind of think of ourselves as the mature postgraduates,” she smiles again.

Her plan is to run a lot this winter and she was on a training camp in Albuquerque last month.

“That will be more base work as the indoor season is quite late. We’ll put the final touches together, come back to some indoors, get ready, and then Rio, hopefully. That’s the plan.”

The disruption that illness caused last summer meant England called it a day in July.

“I want to mentally draw a line under last summer. It was very frustrating. In the last 200 to 300m of races I was falling apart.”

She would wake up in the morning not knowing how her body would react, whether she could train, to what intensity, what was wrong?

“It was an awful summer in that way. It was very much waking up every day and going how do I feel today? Do I feel normal or do I feel exhausted? What can I do?

“I’ve experienced that type of thing in terms of injury and you can take your frustration out in the pool or on the bike, but with this it was frustrating.

“The lack of confidence in my body, that’s very annoying. Physical injury is different but when it’s something with your stomach, and you can’t necessarily have a concrete diagnosis, it is very frustrating.”

Did it make her angry, this elite athlete, trained for perfection, who didn’t know what was happening to her?

“You should probably ask my husband. He’d probably use a rude word.

“It’s not as fun as when it’s going well, that’s for sure. But I still like my job. That was the good thing, to come out of this and still say I want to do it. It’s not made me hate running.”

Her husband is Luke Gunn, a steeplechaser now turning to coaching and giving his input to England and her long-time coach Bud Baldaro.

“I want to mentally draw a line under last summer. It was very frustrating. In the last 200 to 300m of races I was falling apart”

This time of year is key for her. It was January last year when England started feeling fatigued. The wisdom now is that she’d had a stomach bug for two months and was over training.

“I’ve had results back now and I’m clear. It took me a long time to get on top of my stomach and what was going on. I could never race at full capacity.

“We knew something was wrong but at the same time the athletics season doesn’t press pause so we had to try and do what we could. I wanted to have a shot at the British trials, I didn’t want to walk away wondering what would’ve happened, and the result was probably what we would have expected (she was eighth).

“Once it was clear I wouldn’t make the World Championships I thought I’d just stop early and get ready for Rio. That was the thinking behind stopping in July.

“I had a whole month off, which I never do. I did absolutely nothing. Genuinely doing nothing. No running, nothing.

“Bud and I couldn’t really figure out the point of starting training in mid July, it was too early, so we thought ‘sod it’. I went to Croatia for two weeks and to the Lakes for a week.

“I did some walking in the Lakes but just because I wanted to. So that was quite good to have a mental and physical break.

“I knew I wasn’t right and the minute I could stop and alleviate the stress it was massive.

“But it was the unfittest I’ve ever been as an adult. It’s been slow and steady. When I stopped in July I knew being back in training in August, when everyone was doing the World Championships, that it would help me, that my scenario might be I’m ahead of other people for Rio.”

Fighting, successfully, just to make the London Olympics makes England proud. Her husband did not qualify and says he will never make up for the disappointment of missing the spectacular success of a home Games.

“I’ve got friends who are double Olympians or triple Olympians,” she says. “That’s quite a special thing. Every year I strive to go to the biggest events. Hopefully I won’t have the same fight to get to Rio as I did to get to London.

“Oh yes, that was a mammoth challenge. You look at the year I’ve had and you think it’s already been an annoying build up, but Luke was saying it’s maybe a blessing if that is the worst thing that can happen.”

England had problems the previous year as well, missing a lot of winter training that left her under prepared for the Commonwealth Games in Glasgow.

“I’ve had two years when my head doesn’t match my body. In my head I still want to be at the front of all these races and it’s very frustrating to not have your body match that.

“I hope the practice of picking myself up, when I was still having to arrive at the track with a good mind set, will make me stronger this summer.”