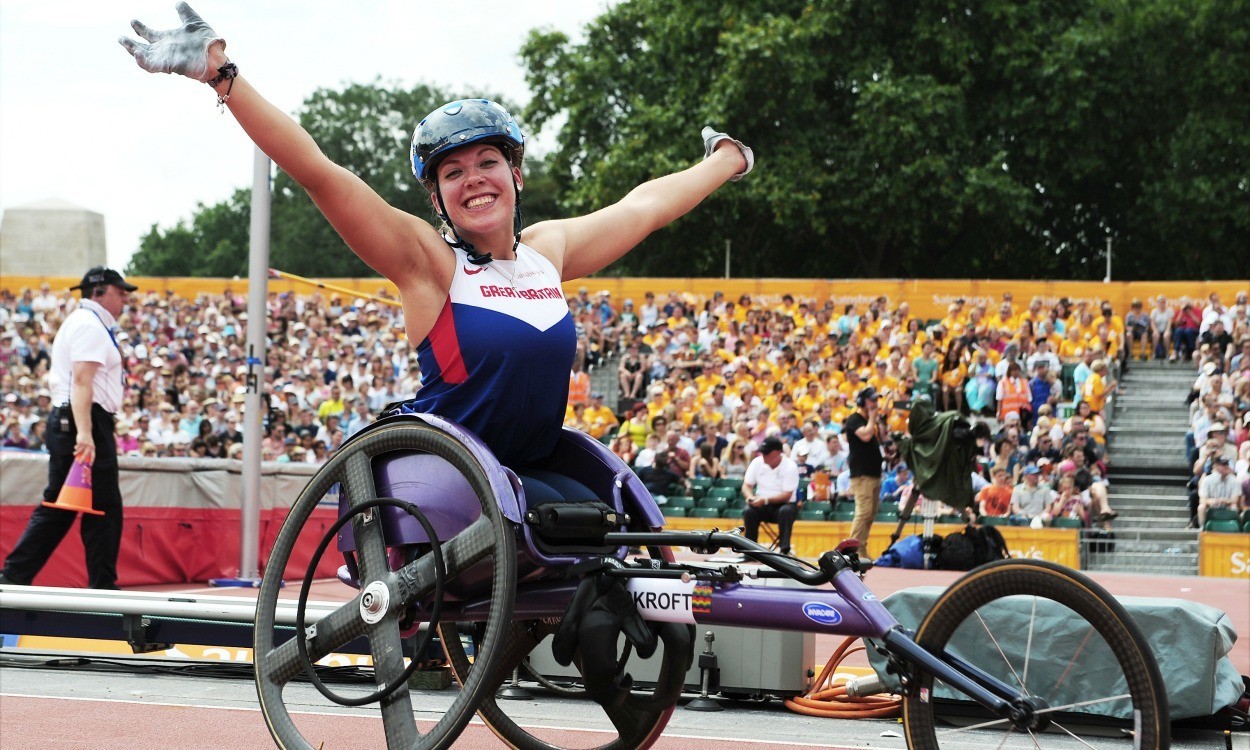 Hannah Cockroft and David Weir are among the first 13 athlete to have been selected for ParalympicsGB at Rio 2016.

All 13 athletes so far named on the athletics team are world medallists, with double Paralympic champion Cockroft having claimed T34 100m, 400m and 800m titles at the IPC Athletics World Championships in Doha last year. She is also set to contest those events in Rio.

Weir, who has won six Paralympic gold medals in his career so far, is also an eight-time world medallist.

Following the team announcement, Weir said: “To be a part of ParalympicsGB once again is a huge honour.

“My first appearance came back in 1996 and the feeling of representing my country is as strong as it was when I put on the British vest in Atlanta.

“My performances on the track at the IPC Athletics European Championships showed that I’m still competitive with the best in the world and will be looking to put myself amongst the medals once again in Rio.

“London 2012 was beyond my wildest expectations, so to have the opportunity to go and do it all again at my fifth Games fills me with huge excitement. The team has gone from strength-to-strength in the last few years and I’m sure we’ll show once again that we’re a force to be reckoned with.”

Penny Briscoe, Chef de Mission of ParalympicsGB, said: “With 76 days to go, I’m delighted to announce the first athletes that will represent ParalympicsGB in track and field and it’s brilliant to know that there’s more to come from this sport when we add more names to the team-sheet in a few weeks’ time.

“It’s really special to know that there will be a strong mix of experience and fresh talent taking to the stage at Rio 2016 and it pays credit to the team at British Athletics who have established a world-leading programme with the power to contest for medals across a wide range of events.”

Paula Dunn, team leader for para-athletics and head coach of the Paralympic programme at British Athletics, commented: “It’s really exciting to be in a position to announce the first group of athletes for the Paralympic Games. Rio has been the main focus for athletes since London 2012 and they have consistently shown that they are ready to take on the world’s best in September.

“Last year in Doha we secured our largest haul of medals since 1998, which highlights the strength in depth across the whole spectrum of events. Those performances combined with a record-breaking showing at the recent IPC Athletics European Championships will see us go into the Games full of confidence.”

A further announcement will take place in late July to confirm the remaining places on the track and field team.