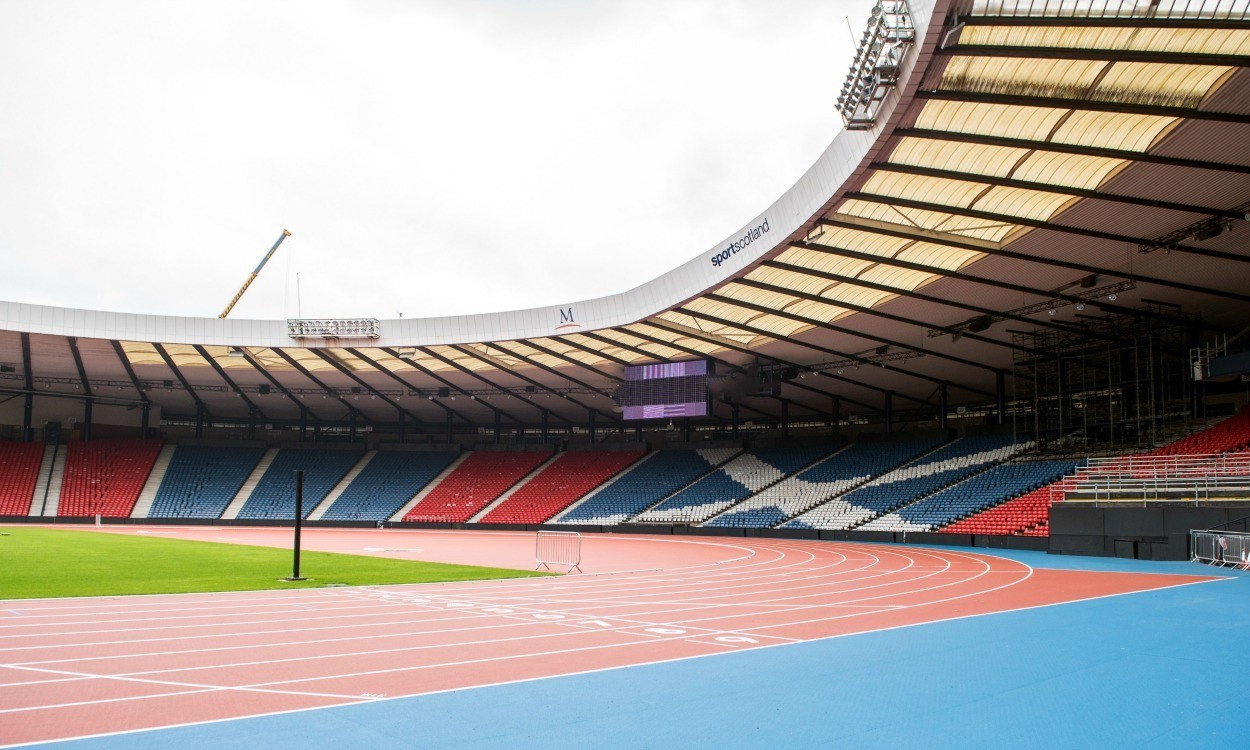 Glasgow 2014 organisers have revealed the transformed Hampden Park ahead of this summer’s Commonwealth Games.

The stadium can now been seen as the world-class athletics arena that will host the closing ceremony for the Commonwealth Games as well as the track and field action.

In order to gain the width and length required for an IAAF-approved athletics track, the stadium surface has been raised by almost two metres. A full infield with Mondo track now sits on a temporary deck made up of 1000 base panels supported by over 6000 structural steel stilts.

The temporary track and raised surface of the arena has created a 44,000-seater stadium, which will return to its 52,000 capacity following the end of the Games.

“There’s less than 50 days to go until Glasgow 2014 and standing here in Hampden definitely makes it seem real,” said Olympic steeplechaser and Team Scotland athlete Eilish McColgan. “The transformation is amazing and I think the reaction of a lot of the athletes will simply be ‘wow’.

“Having the ‘Hampden Roar’ behind me as I push down the home straight will be a once-in-a-lifetime experience and I can’t wait to give it my all and do my very best.”

David Grevemberg, Glasgow 2014 chief executive, added: “The spectacular transformation of Hampden Park from iconic football stadium to world-class athletics venue is an achievement of which Glasgow and Scotland can be justifiably proud.

“This is a world-first solution in a great venue, creating an excellent sporting field of play and we can’t wait for the elite athletes of the Commonwealth to come and experience the thrill of competing here.”

The Commonwealth Games take place from July 23 – August 3, with athletics action getting underway on July 27.