Greg Rutherford benefiting from taking a leap into the known 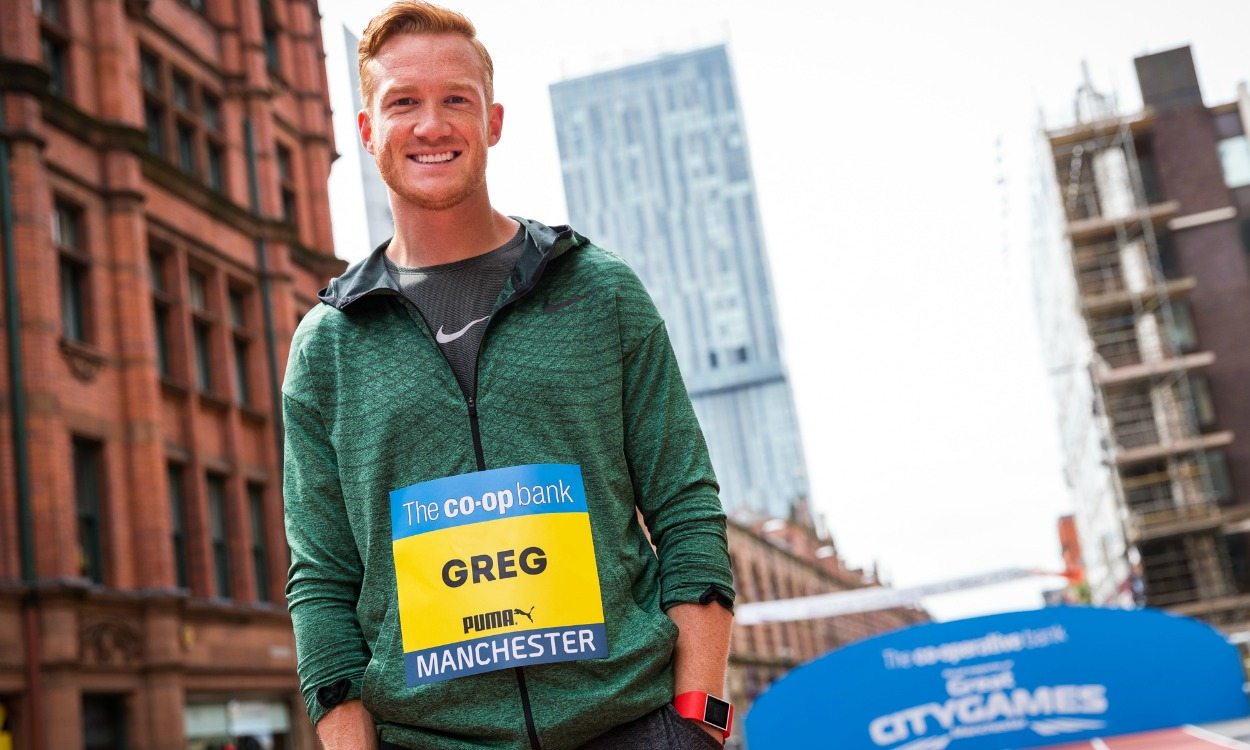 Now back in the UK after three months of training in America and a strong start to his season, Greg Rutherford is looking forward to competing in front of British fans for the first time this year as he continues to work toward his goal of successfully defending two of his major titles in 2016.

The Olympic, world, European and Commonwealth long jump champion has leapt 8.30m so far this season, as well as a windy (+2.8) 8.36m at an Altis Summer Series event in Phoenix last weekend, and on Friday (May 20) he returns to compete at the Great CityGames Manchester for the fourth time.

“It’s good to spend that much time away – that’s the longest I’ve ever spent away actually in one stint,” says the Dan Pfaff-coached athlete, who had been based at Altis in Arizona. “My family came with me which made it a lot easier. It was great.

“Dan has not been very well so it was good to be around him,” adds the 29-year-old, who cannot praise his coach highly enough. “We got some quality work done and actually I’m probably going to head back there in about three weeks’ time for another three-week camp. I’ve never opened up with a couple of competitions as good as I did this year. Touch wood that continues and I have a good year.

“He (Pfaff) is the reason why I’ve won the medals that I’ve won,” Rutherford continues. “His training methods have been key in me getting to where I am now. Spending that much time with him was hugely important.”

“I’ve never opened up with a couple of competitions as good as I did this year. Touch wood that continues and I have a good year”

Having won world, European and Commonwealth gold medals since his London 2012 victory, it has been quite some Olympic cycle for Rutherford and experiences gained – both good and bad – have been invaluable to help see that his winning ways can continue.

“There are some similarities to 2012 but I still think this year has already started better,” he says. “I’m in a better place. Experience is a wonderful thing and I’ve had quite a lot of it over the last few years especially.

“This will be my third Olympics. In 2008 things didn’t go very well and I got a lot of things wrong, but 2012 went very well with things going right. That’s down to surrounding myself with the right people, having the right team and knowing what works for me. I have all the opportunity going to win another Olympic title.”

So what has been the biggest lesson learnt?

“The biggest thing is for me to listen to my body a little bit more,” he says. “Dan is a great advocate of that.

“I was getting injured every six to eight weeks probably before I joined Dan and you can’t have that as a professional, you’re never going to go anywhere. Under Dan that has diminished greatly. Obviously it still happens, that’s part of life being an athlete, but it’s been a lot less.”

After jumping a British indoor long jump record of 8.26m in February, Rutherford was forced to withdraw from the Glasgow Indoor Grand Prix and then the IAAF World Indoor Championships having not fully recovered from a chest infection and hamstring problem and with an important summer season looming.

“I have six competitions from now until the Olympics and this is the first of that six and they are all very important. This is a great start for me,” says Rutherford, as he looks ahead to Friday evening’s Co-operative Bank Great CityGames competition, in which he will go up against Ignisious Gaisah and Paralympic medallist Ronald Hertog of Netherlands, Norris Frederick of United States and fellow Briton JJ Jegede at Albert Square.

“I love this style of athletics – this is how I see the future of the sport going actually,” he adds on the street athletics event. “It is a fantastic showcase of what we can do. We have a lot of fun out there.”

Defending his title in Rio isn’t the only 2016 goal for the British record-holder, who has an outdoor PB of 8.51m. He also hopes to claim a second European gold this summer.

“I’ve always said and I still believe that I’ve not maximised the potential that I have,” he says.

“The aim is to go there and win a second Olympic title. I’m going to do the Europeans as it stands as well, so I’m going to try and retain that title too.

“So if I can retain two in a year, that would be a pretty good year. I think that’s realistic.”

» You can read more about ‘master coach’ Dan Pfaff in an AW feature here. Check out the May 19 edition of AW magazine for a look ahead to this weekend’s Co-operative Bank Great CityGames Manchester and Great Manchester Run action. Further details and a timetable can be found at greatcitygames.org