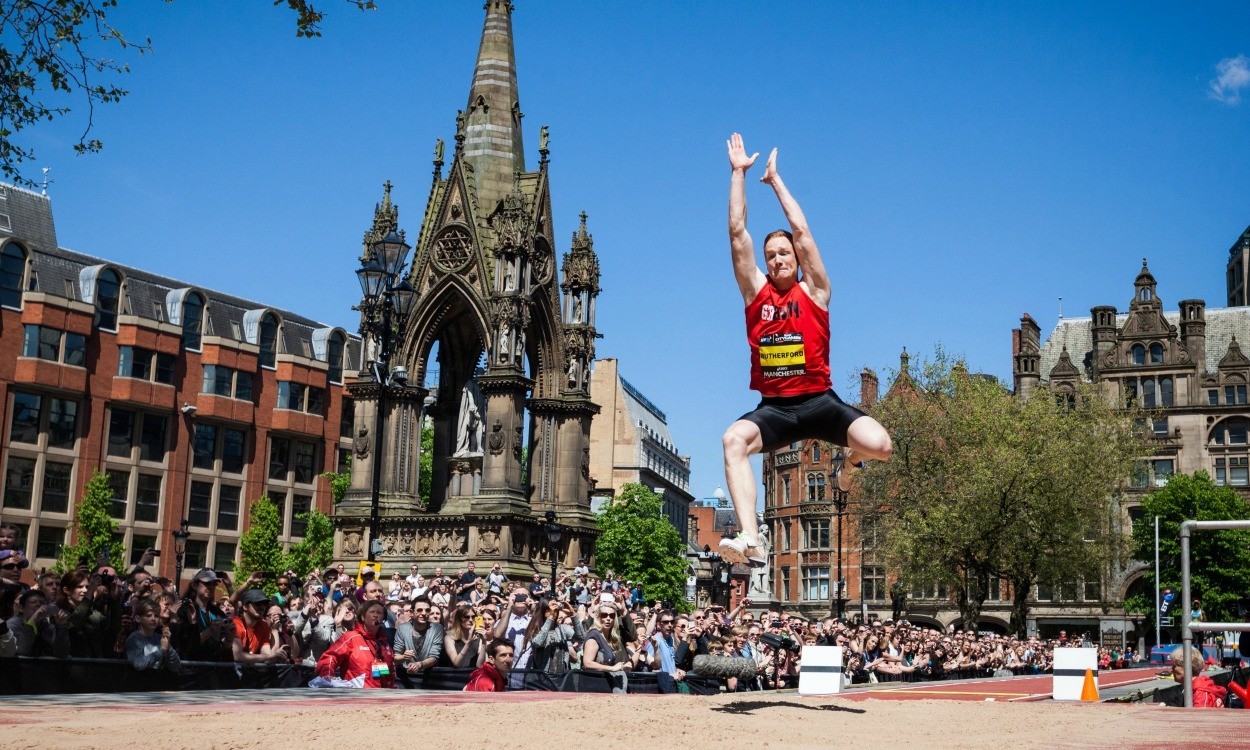 Street athletics is set to go global after plans were announced on Saturday (September 12) for a Great World CityGames.

The Great Run Company, organisers of the Great CityGames in Manchester and this weekend’s Great North CityGames in Newcastle-Gateshead, say Australia is keen to stage an event in 2017, with a number of other “ambitious cities” around the world interested in holding a CityGames meeting from September to March.

“The CityGames was conceived in Gateshead, born in Manchester and is now ready to go worldwide,” said Brendan Foster, The Great Run Company chairman.

Mark Hollinshead, chief executive of The Great Run Company, added that the plans had the support of the International Association of Athletics Federations (IAAF). “We’re taking athletics to the fans rather than taking the fans to athletics,” he said.

At a presentation at the Baltic Centre on Newcastle-Gateshead Quayside attended by Greg Rutherford and Colin Jackson, Hollinshead joked that Jesse Owens was unwittingly testing out the concept in the 1930s when he raced on a straight 200m track.

Since then, Usain Bolt has sped to victory over 150m in Manchester’s Deansgate. “It was the fastest race in history,” said Hollinshead. “Usain was running at 24mph down a street that has a 20mph speed limit.”

Jackson, who held world records at 60m, 110m and 200m hurdles during his career, said: “I wish they had this when I was an athlete!”

Rutherford was also impressed. “When I plan my season I usually put Manchester at the start in May and Newcastle at the end in September and then we work on filling everything in between. These meetings are that important to me and so much fun.”

There are rumours the UAE is interested in being part of the series which Hollinshead says will likely include four events initially, building up ideally to 10.

Meetings will include sprints, jumps, hurdles, shot put and road races. Fans will remember the Anniversary Games being held in Horse Guards Parade and on The Mall in London in 2014 as well.

It is a well reported fact that Seb Coe, the new IAAF president, is also a fan of the idea. “This takes athletes to new iconic venues and will reach new fans,” he said recently.

A worldwide series of street athletics events was prominent in Coe’s manifesto for the IAAF presidential post. “It is innovative and this is the perfect time for it to happen,” said Hollinshead.