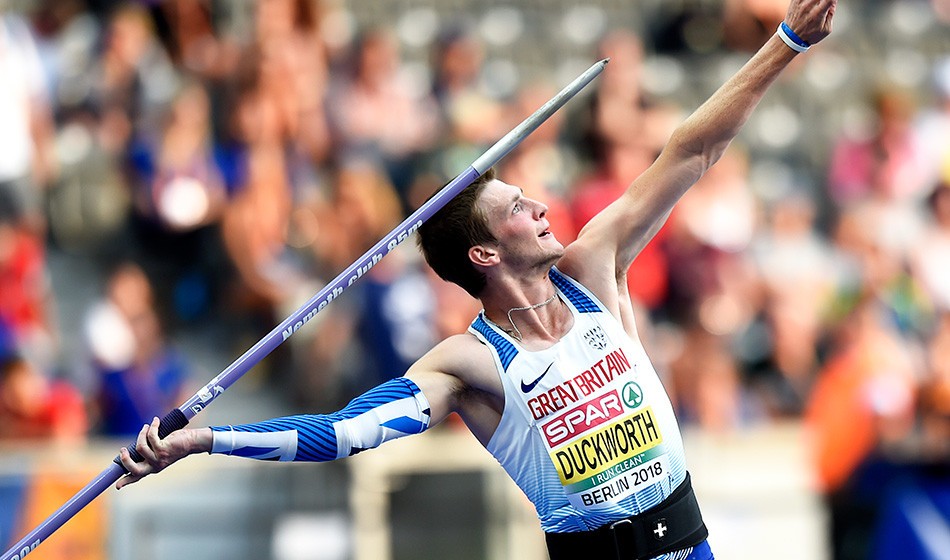 Tim Duckworth may have completed his university degree, but his sporting education is far from over.

The American-born British multi-eventer, a recent graduate from the University of Kentucky, will continue on his learning curve when he competes in the men’s heptathlon at the European Indoor Championships in Glasgow, for which he is a strong medal contender.

Having been at the head of the class for much of the European Championships decathlon in Berlin last summer, before ultimately having to settle for fifth, he is looking to pass this next test as he continues the search for a first major medal.

Now a full-time athlete following the end of his geology studies and having moved to Seattle to keep training under long-time coach Toby Stevenson, the 22-year-old is in confident mood ahead of what will be the first European indoor competition of his career.

“I’m feeling good and ready to go and of course having the likes of (defending European indoor champion and world record-holder) Kevin Mayer and Maicel Uibo out of it definitely opens up the window for a lot of people to have a podium chance here and I think I’m one of the top people.

“I’ve only ever done the British Championships outdoors twice and I’ve never done an indoor meet in Europe either. It will be something new and exciting.

“I’ve been missing being in a really competitive environment. That’s what we train for and it’s what we want to do. It’s time to get the nervous jitters going, just go and see what happens.”

Success in Scotland would give Duckworth the momentum for a big year ahead – his two decathlon targets coming at the Hypo Meeting in Gotzis in May before the IAAF World Championships at the end of September.

He will head for those events all the wiser for the experience gained from 2018, a year in which he became NCAA decathlon and indoor heptathlon champion before his battles in Berlin.

“I learned a lot (from Berlin) about what I need to do to prepare myself in between events and then I just need to execute better,” says Duckworth, who had led after the morning session of day two. “I didn’t do what I was supposed to in some events compared to what I know I can do. That’s the main thing – just do better.

“It looked like I was out in front and doing well but I was down a lot on a lot of the events, for example my 100m was 0.2 of a second slower than I’d run that year and the long jump was half a metre shorter and stuff like that.

“It was just okay but the last event was a really good event for me. Though it doesn’t seem like it because I dropped places, I had never broken five minutes for the 1500m before so to finally do that was a big breakthrough for me mentally. That was a good high to finish on.”

There could well be another high to celebrate in the coming days, the significance of which would not be lost on Duckworth.

“It would mean a lot,” he says about the prospect of winning a European indoor medal. “It would be like another jump up. It’s going to mean more but it will be like being on the NCAA podium for the first time – you’ve made the jump to being up with the top people there. It would just solidify that I made the right choice in going with my coach and really pursuing track and field.

“It would confirm that this is where I’m supposed to be and help with the confidence of where I could be.”

“That’s what I use as fuel to work harder every year, to start working my way back up.”