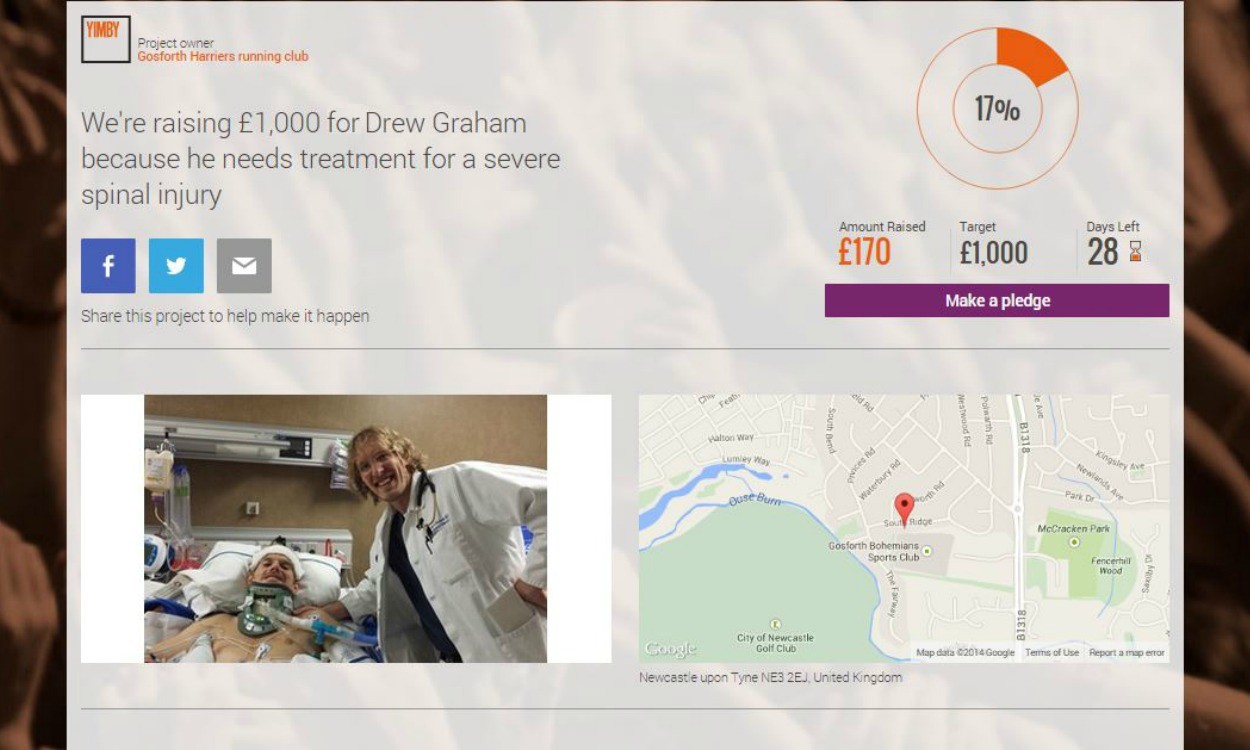 A number of Gosforth Harriers are to take part in a 140-mile coast-to-coast relay run to raise money for club member Drew Graham who was paralysed in an accident in September.

Graham, a former Northern champion who is now based in Texas, broke his C4 vertebrae after he dived into a reservoir in Denver.

Having represented Gosforth Harriers from the age of nine and going on to become the club record-holder for 800m, 1500m and the mile, 29-year-old Graham is a hugely popular member of the club and fellow runners were keen to play their part in helping to raise funds to go towards his medical expenses.

“Drew has a long fight ahead of him and will go through an intensive programme of rehabilitation over the coming months,” reads the fundraising page for the challenge.

“All of the funds raised will go directly to the cost of treatment and rehabilitation. Drew is resident in America and is required to personally meet the cost of his own treatment.”

Graham, who has PBs of 1:49.14 and 3:40.95 for 800m and 1500m respectively, studied in Colorado and went on to become cross-country coach at Abilene Christian University.

The challenge will see several Gosforth Harriers relay run the 140 miles from Whitehaven to Tynemouth on December 5, with each team member running a minimum of four legs of 5 miles as they attempt to complete the course within 24 hours.

“This will involve running through the night over tough terrain in potentially difficult conditions,” the fundraising page explains. “Whilst this challenge will be tough, it is nothing compared to the fight that Drew has ahead of him.”

Further details can be found on the Just Giving fundraising page here.

A separate fundraising appeal launched after the accident, which was featured in the October 2 edition of Athletics Weekly magazine, had gone on to raise $32,571 of a $40,000 target at the time that this online article was published.