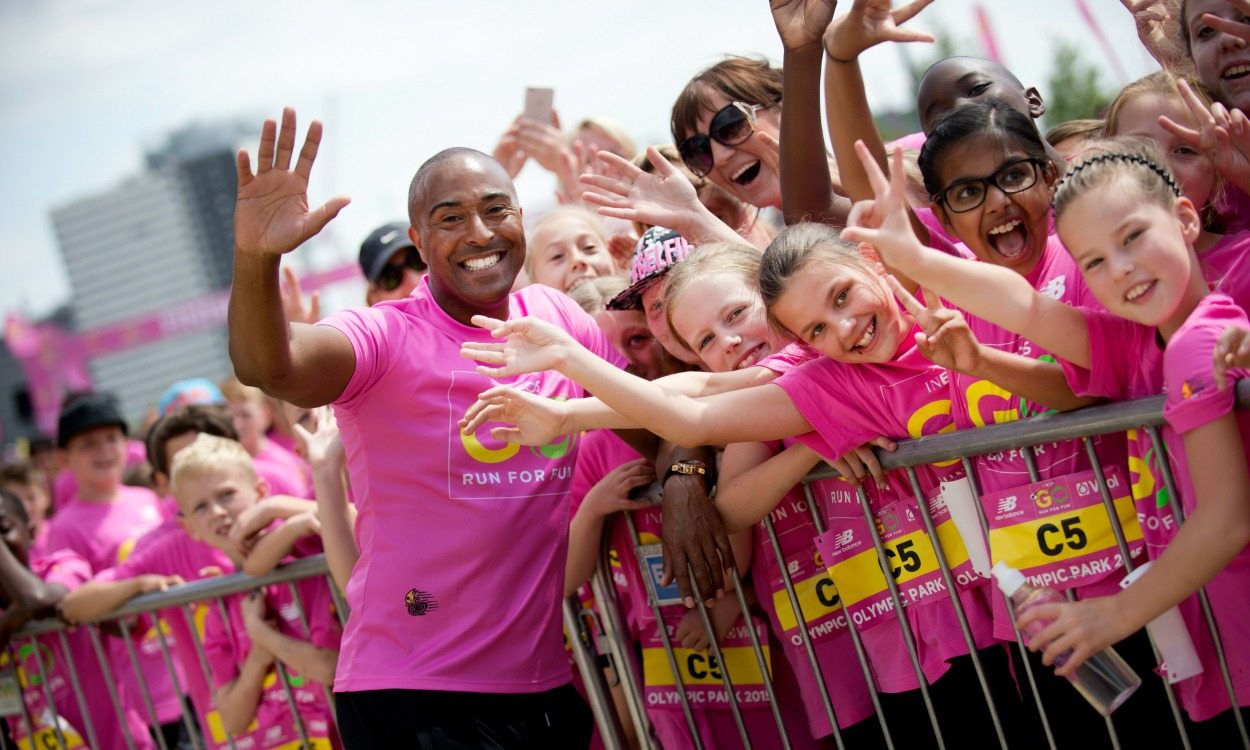 The children, aged between five and ten and from across London and the rest of the UK, will take on a 2km course which starts and finishes inside the stadium, with the aim of GO Run For Fun to inspire youngsters to get active, as part of a campaign to help tackle childhood inactivity.

The young runners will be the first to run on the newly re-laid track at the former Olympic Stadium, which has been improved ahead of the 2017 World ParaAthletics Championships and IAAF World Championships, with the high energy and memorable event coordinated by The Great Run Company in partnership with Newham Council.

The GO Run For Fun event kicks off a series of community runs in the venue, with the young runners setting an example for the participants in the corporate Great Team Relay event on Thursday evening before the 10km Great Newham London Run and the 2km Family Run on Sunday. It is anticipated that the four days of events will bring more than 20,000 runners to Queen Elizabeth Olympic Park.

As well as Jackson, Kilty and Diamond, on Thursday the children will be joined by X-Factor finalists Reggie ‘n’ Bollie, along with event host Radzi Chinyanganya, presenter of Blue Peter, and The Great Run Company chairman Brendan Foster. The star line-up will entertain the young runners, cheer them on and inspire them to become more active with their friends.

The event will mark four years since the London 2012 Olympic Games and also celebrate three successful years of the GO Run For Fun campaign, which will see its 160,000th child cross the finish line at this event. The campaign is now working with The Daily Mile founder Elaine Wyllie to encourage schools across the country to get running daily.

Many of the runners will be showing off their fitness at their first organised fun run since taking up The Daily Mile initiative in school.

“We are delighted to take part in this event, promoting to children how fun running can be, and to their teachers how easy it can be to build running into the school day every day,” said Wyllie. “It’s an honour to use this iconic venue to inspire children to run for fun. This is Britain’s Olympic legacy in action.”

Jackson said: “The campaign is going from strength to strength and  I’m delighted to be joining 4000 children in the stadium.

“Celebrating the 160,000th participant milestone is a tremendous achievement for the GO Run For Fun campaign.”

Mayor of Newham, Sir Robin Wales, commented: “It is fantastic that thousands of school children from Newham and across the country are being given a chance of a lifetime to run in the former Olympic Stadium.

“Our investment in the stadium was to ensure a lasting legacy from the 2012 Games for our residents, including through being able to hold a range of events in the venue for our local community. This event is a perfect example of why this was the right thing to do.”

So far, more than 1500 schools have taken part in GO Run For Fun events. INEOS chairman and founder of GO Run For Fun, Jim Ratcliffe, a passionate runner and a father himself, believes that running is ideal for children as it’s free, fun, and accessible to all.

“If our children can catch the running bug early, they’re more likely to stick to it, and this can only lead to them having more active and healthier lifestyles in the future.”