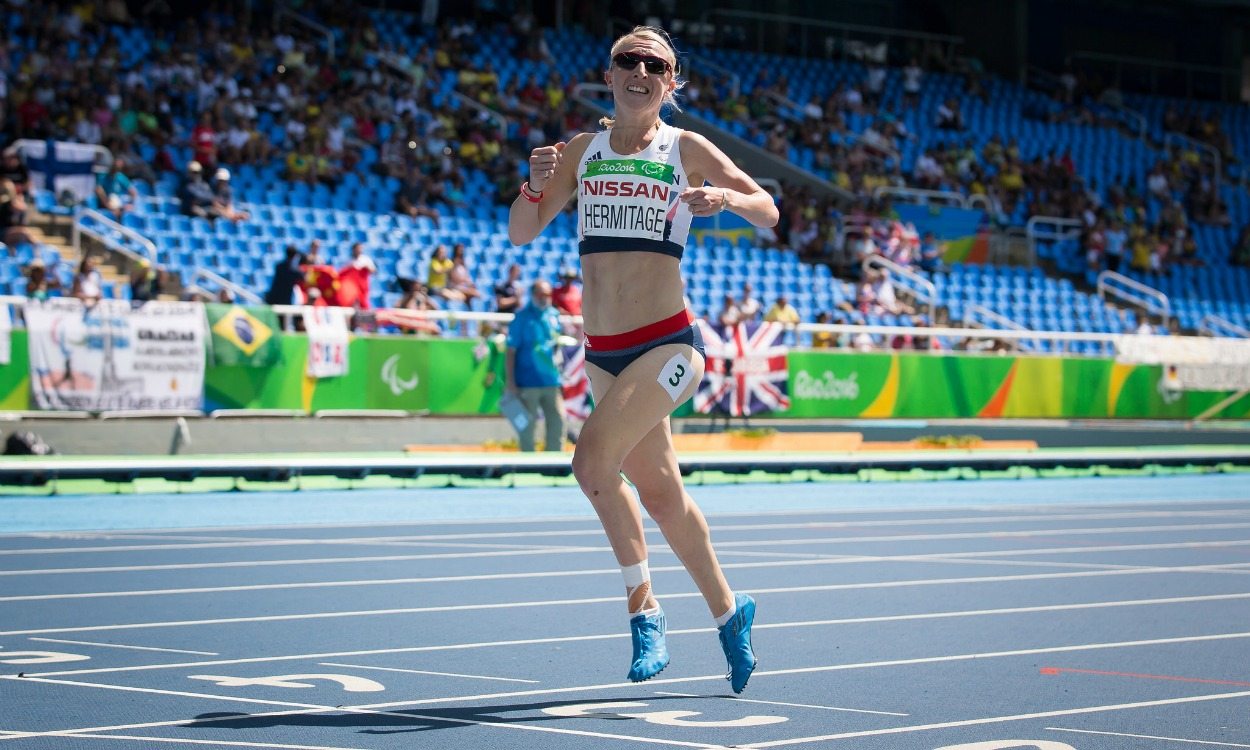 Georgie Hermitage and Hollie Arnold were both in world record-breaking form as they won two more Paralympic gold medals for Great Britain in Rio on Tuesday.

Following her world record to gain 100m gold on Friday, Hermitage also dominated the T37 400m final, improving her own world record to 60.53 to take the title in hot and humid conditions.

Arnold, meanwhile, came close to the four-year-old F46 javelin world record of 41.15m in the first round before breaking it with 41.68m in the second round. Saving her best throw until last, the two-time world champion secured success in style by launching the javelin to 43.01m to win by more than a metre and a half.

“I was very nervous for this one because the 400m means everything, but I’ve pulled it off and hopefully there’s more in the tank in years to come,” said Hermitage, who finished almost three seconds clear ahead of China’s Xiaoyan Wen, who clocked 63.28 for silver.

“I did what I needed to do so I’m happy,” added the 27-year-old, who has cerebral ­palsy. “The heat is good thing for my hemiplegia as it loosens my muscles off, but I’ve still got to cope with the humidity. I’m really happy and relieved and I can relax for a day now before the relay.”

Arnold, who finished ahead of Holly Robinson, the New Zealand athlete throwing 41.22m for silver, said: “It is pretty surreal really, it was just one of those days when everything went right. I knew I had to go out there and perform to my absolute best.

“I’ve had about two to three months out with a shoulder injury this year but I’ve been working hard through rehab and trying to do as much as possible to be in the best possible shape,” added the 22-year-old, who was born without her right forearm and placed 11th at the Beijing Games as a 14-year-old before improving to finish fifth at London 2012. “I felt positive about it – I’ve done some great work with the team so I cannot thank them enough. I didn’t really hurt too much on the shoulder as I guess adrenaline kicked in.” 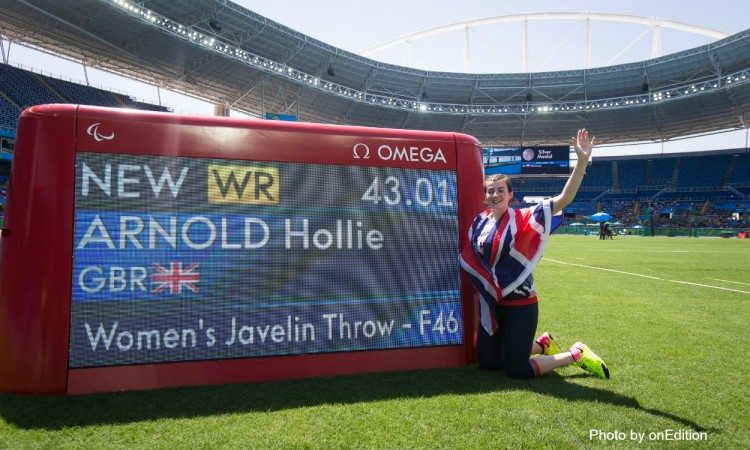 “Evergreen Miller, as people call me,” said the 36-year-old Briton after his bronze medal-winning performance. “It’s an unbelievable feeling. I think everybody would agree, me included, that I wasn’t expected to win a medal. So to get on the podium is unbelievable.

“I’m still taking it in to be honest because on world rankings we’re a long way behind. It just proves on the day that anything can happen. You’ve got to be in it to win and I was in it today.”

In a dramatic T37 long jump competition, Brazil’s Mateus Evangelista Cardoso broke the world record with 6.53m in the second round only for China’s Shang Guangxu to jump 6.77m to claim it back one round later. Brazil did get gold on home soil in the men’s T11-13 4x100m relay, though, as the quartet clocked a Paralympic record of 42.37 to beat China with 43.05.

Isaac Towers progressed to the T34 800m final as a fastest loser but the wheelchair racer will not be joined by GB team-mate Ben Rowlings as his 1:48.08 wasn’t enough to see him advance from a second heat won by Mohammed Al Hammadi in a Paralympic record 1:44.96. World record-holder and 100m gold medallist Walid Ktila had just before broken the previous Paralympic record with 1:46.28 in the first heat.