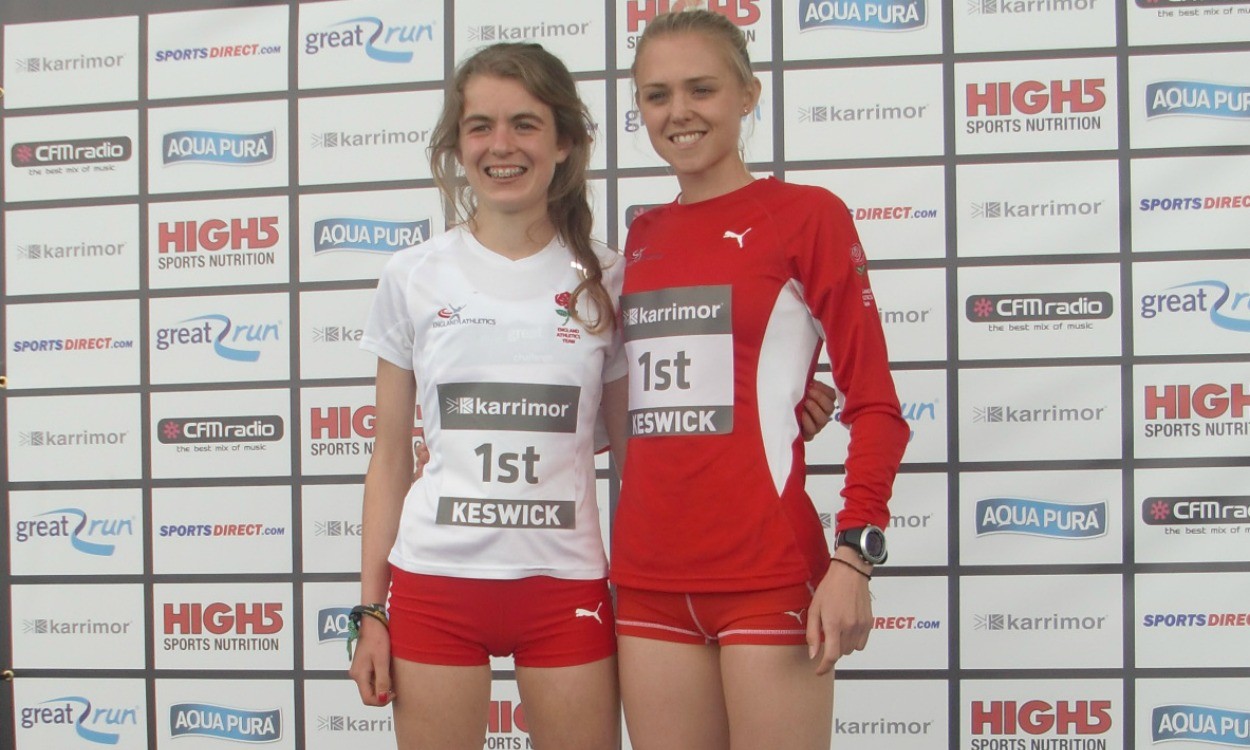 Georgia Malir, Robbie Simpson and Emma Clayton are among the athletes named on the Great Britain team for the European Mountain Running Championships in Porto Moniz, Portugal, on July 4.

Malir (pictured above, left, with Clayton) defends her European junior women’s title on the uphill Porto Moniz course after last year securing success on the up and down course of Gap in France. The 19-year-old will be joined on the junior women’s team by trials winner Heidi Davies, as well as Elizabeth Apsley and 2014 World Mountain Running Championships fifth-placer Catriona Graves.

The GB team won two individual and three team medals at last year’s edition of this event and the other individual medallist is also in action. Simpson, who won senior silver 12 months ago, features on the senior men’s team along with trials winner Andrew Douglas, Chris Smith and Nick Swinburn.

Clayton, the 2013 world mountain running silver medallist, leads a senior women’s squad also including Victoria Wilkinson and Rebecca Robinson, as well as Annie Conway who will be making her GB debut.

The junior men’s team will be led by trials winner Max Nicholls who will be joined by Jacob Adkin, Ciaran Lewis and Jack Willis.

“There were some really strong performances at the trials last weekend and I am very excited about the potential of the squad heading to Portugal,” commented team leader Sarah Rowell.

“This is one of the strongest British teams we have ever sent to the European Mountain Running Championships. It is not unrealistic to say that all the teams could win medals.”