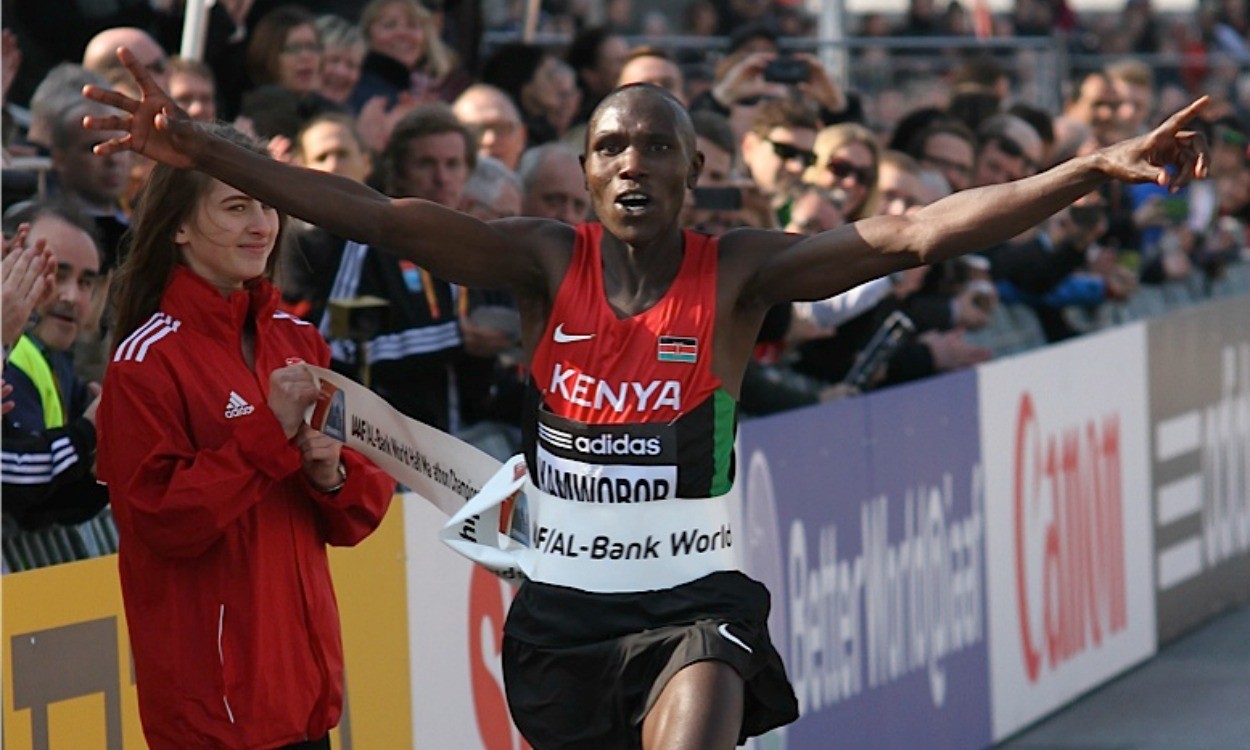 Within 24 hours of winning a silver medal over 10,000m at the IAAF World Championships in Beijing, Kenya’s Geoffrey Kamworor had already started to think about the New York City Marathon on November 1, where he will line up on Staten Island alongside reigning champion Wilson Kipsang and Boston Marathon winner Lelisa Desisa.

Kamworor might be better known for his exploits at the shorter distances, but he is by no means a rookie at the marathon. In fact, his affiliation with the marathon dates back to the 2011 Berlin Marathon where he paced the likes of Haile Gebrselassie and Patrick Makau, who broke the former’s world record with his winning time of 2:03:38. A year later and still a teenager, Kamworor finished third on his full marathon debut in Berlin in 2:06:12.

Kamworor has raced four marathons since then and, while he has performed solidly on each occasion, he hasn’t managed to beat the time which he set on his debut three years ago. But at the age of 22, Kamworor is still a youngster especially in marathon-running terms and, given his excellent cross-country background, perhaps the course in New York – one for the strongmen of the discipline – might be more to his liking than the pancake-flat course in Berlin?

“Absolutely right,” agrees Kamworor. “I believe a course like New York will suit me better.”

Kamworor hasn’t raced since finishing second to Mo Farah at the World Championships, but a sign of his race-day form could be the fact he has been following the “exact same programme” which propelled Eliud Kipchoge – one of the athletes in Kamworor’s training group – to a world-leading mark of 2:04:00 in the Berlin Marathon last month.

“I have learned a lot from them because they are experienced athletes,” Kamworor said about his training group, which also includes Emmanuel Mutai, Bernard Kipyego and Stephen Kiprotich. “They gave me advice to believe in myself and to run to win. I hope to run like Eliud.”

In preparation for New York, Kamworor has been training up to 200 kilometres per week at altitude in Kaptagat on terrain which he describes as “hilly and flat”, not too dissimilar to the rolling profile of the New York City Marathon. He has been doing long runs of 30km and 40km on alternating Thursdays at 3:20 per kilometre pace, fartlek sessions on Saturdays and track sessions on Tuesdays. He trains twice a day, four times a week.