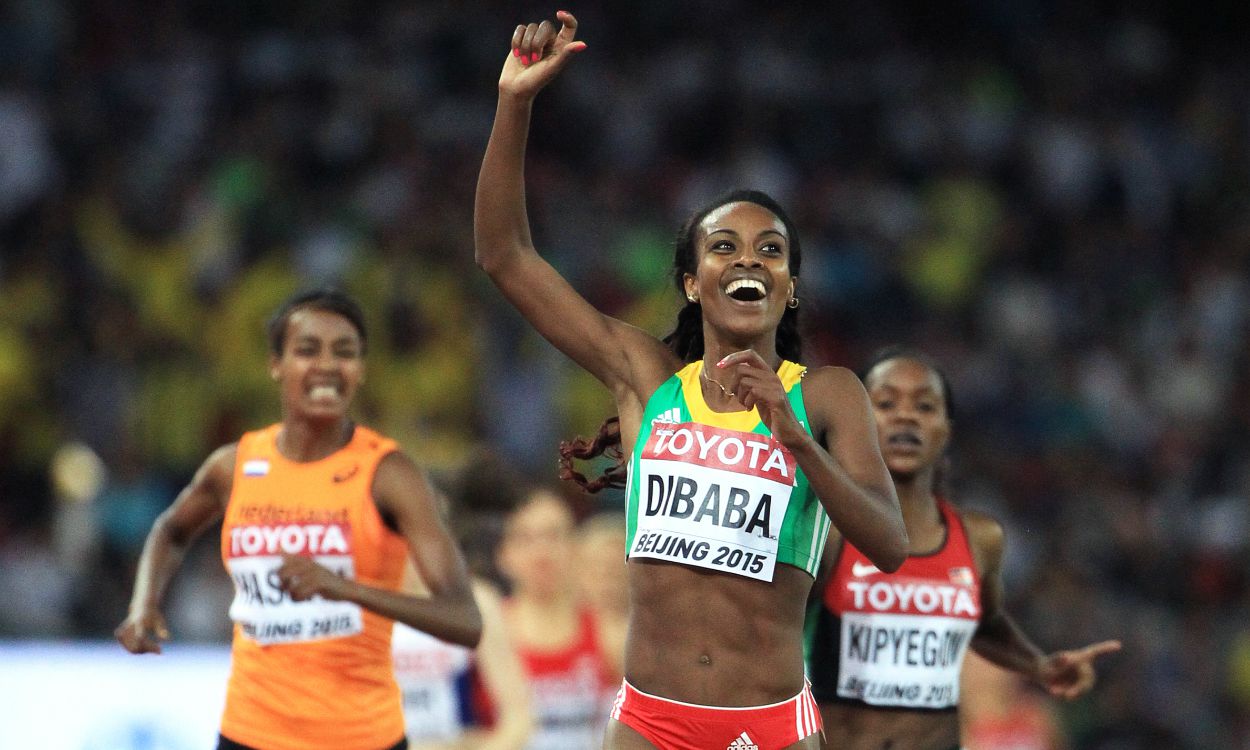 It is the third world record Dibaba has run on the Stockholm track after she broke the 3000m and 5000m world marks in her last two appearances at the event. The 25-year-old also has the world indoor and outdoor records for 1500m to her name, as well as the world indoor best for two miles.

“I know this track well, and it is very good for me,” Dibaba said, quoted by the IAAF. “The only thing that was difficult was the conditions in the arena – it felt very cold.”

Dibaba’s was the third world record or best clocked by athletes coached by Jama Aden at the Ericsson Globe Arena on Wednesday. Prior to that mile record-breaking performance, Ayanleh Souleiman had improved the world record mark for the indoor 1000m, while Abdalelah Haroun clocked a world indoor best for 500m.

You can read a recent interview with Aden, in which he gives great insight into Dibaba’s training, here.

Behind him, Thijmen Kupers of Netherlands clocked 2:17.02 for the runner-up spot, while Britain’s Dale Clutterbuck ran 2:20.84 in eighth.

A short while later, Haroun took to the track to run 59.83 for 500m, becoming the first to dip under a minute for the distance indoors and better Brycen Spratling’s 1:00.09 set last year.

The women’s long jump was won by Estonia’s Ksenija Balta with 6.76m ahead of British duo Lorraine Ugen with 6.71m and Shara Proctor with 6.57m, while Sweden’s Andreas Otterling won the men’s event with a PB of 8.12m. Ruth Beitia won the high jump with a clearance of 1.95m.