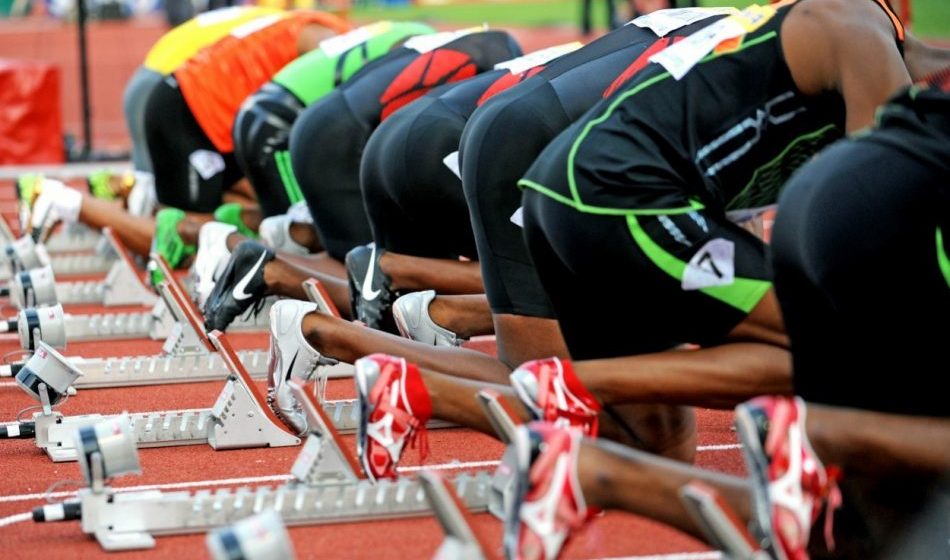 Over the years there have been large advances in scientific support for athletes across all disciplines, writes Craig Pickering

The advances in scientific support that are available to athletes have been immense and these improvements continue apace – all the way from the introduction of strength training by the ancient Greeks to the modern world of periodisation, supplementation and recovery strategies such as ice baths and compression garments, to name but only a few.

More recently, there has been a big shift towards individualised training and recovery, with hormonal monitoring and heart rate variability (HRV) testing becoming popular among both professional and amateur athletes. One of the latest developments in this field is a tool that athletes are using to enable them to make better informed decisions regarding their training and nutrition, and reach even greater individualisation within their training programmes. This new modality is genetic testing.

Genes are comprised of long strands of deoxyribonucleic acid (DNA) and ribonucleicacid (RNA). DNA and RNA contain information that allows the body to build and maintain its cells. The information contained within the genes can correspond to specific biological traits, such as hair and eye colour. Two individuals can have a different version of a gene (known as an allele), and this can account for the differences between them. Genes exist in pairs – we get one half of a gene from our mother and the other half from our father. This is how traits are passed down through generations.

As an example, let’s look at the ACTN3 gene (genes generally don’t have very catchy names). ACTN3’s full name is Alpha Actinin 3 and it is one of the most researched genes in relation to sprint performance. There are three different variations that an individual can hold – the RR version, the RX version, or the XX version. The version we have is directly inherited from our parents. I have the RX version, which means that I took an R allele from one parent and an X allele from the other. This illustrates the long held belief that success in sprinting is at least partly genetic, and requires you to “choose” good genetic specimens for parents!

Genetic testing involves looking at an individual’s gene profile to understand information that may allow us to make better decisions to enhance training methods. In sport and exercise we can look at genes that have a role in determining response to training.

To illustrate this point, let’s return to the ACTN3 gene. Sprint athletes are more likely to have the RR version of this gene, while endurance athletes have the XX version. In a study of elite Jamaican and US sprinters, the XX genotype was found to occur in approximately only 3% of athletes, with the remaining 97% having either the RR or the RX genotype (Scott et al., 2010). A study from the University of Leuven found that people with the RR genotype had a greater percentage of type IIx fast-twitch muscle fibres (which are associated with speed and power) than those with the XX version. A number of studies, including one by Clarkson et al. (2005) have found that individuals with the RR version responded much better to resistance exercise than those with the XX version.

It makes sense then, that if an individual is tested to see which version of the ACTN3 gene they carry, they could make a better-informed decision about what type of training they do. Individuals with the RR version would favour more sprint and power-influenced training structures, while those with the XX version would expect to see a better response from endurance-influenced training methods, alongside higher repetition ranges in the gym, for example.

An increasing number of genes that play a role in the response to exercise, such as VO2 max response, recovery time, injury risk and nutritional requirements, are being identified. By testing for these genes, we can look forward to better refined training and nutrition programmes on an individual athlete-by-athlete level in order to get the most from them.

It is vitally important to understand the limitations of personal genetic testing. There exists an in-built presumption in a lot of people’s minds that genetic testing is purporting to be something more than an extra parameter to take into account when planning training and nutrition. Our genes play an important role, but are still yet purely a single part of a much larger picture that contains a myriad of variables. The potential use of understanding one’s genetics is not in the predetermination of an individual’s best potential event or sport, which is perhaps what people are led to think as a starting point. We cannot use genetic testing to change somebody’s end goal, but rather to help them better reach their goal through genetically-guided training choices, whatever that goal may be.

Recently, I was given a chance to have my genome tested, and I was very curious to see what it would tell me. As previously mentioned, the first result it gave me was that I carry the RX allele of the ACTN3 gene. This was a relief in some ways – it meant that I sat in the same bracket of this gene as the previously mentioned group of elite US and Jamaican sprinters.

Interestingly though, I do also carry a good deal of other gene variations that are associated with responding well to some form of endurance training. This mirrored what I found throughout my career – I tended to respond really well to sets of 6-10 repetitions in the gym, while other sprinters responded better to sets of 1-3 repetitions. I was always really good at “longer” sprints such as 150m, 200m or even 300m repetitions in training – this is quite a long way for a short-sprinter! A specific example of this endurance bias is that I carry the II allele of the ACE gene, which indicates I respond well to high-repetition weight training. Most sprinters tend to carry the DD allele of this gene, which means they respond well to power (low-rep, high intensity) training.

My genes would also indicate that I have a medium genetic potential for exercise recovery. This means that I take longer than some individuals to recover – I am not a ‘fast’ recovery athlete as such. Again, this made a lot of sense to me. I would tend to get more fatigued and run down than my training partners as the training year progressed.

My genetics showed that I have a very high injury predisposition from exercise. In fact, I have one of the highest injury risk panels that the company testing me had ever seen! This injury risk is calculated by taking into account the genotypes associated with joint and muscle healing, collagen formation, inflammation, and immune function. Early on in my career, I suffered from multiple hamstring and lower-back injuries. However, from 2006 onwards, I started a comprehensive conditioning programme designed at reducing my chance of becoming injured, which worked to a degree. After this, I very rarely injured anything except my back. This result indicates that I was right to place such an importance on conditioning, and had I not done so, I may well have suffered a career-ending injury at a much younger age.

Can genetic testing help you?

Genetic testing is now available in the UK to all athletes – elite as well as club level. We can test for genes which are likely to influence how you respond to training and your individual dietary needs. Knowing this, we can create a personalised plan with recommendations on how you can optimise your training.

It is worth reiterating here, that the idea behind genetic testing is not to change your end goal. If you’re a sprinter, but you didn’t have the RR ACTN3 allele, your genes wouldn’t tell us that you couldn’t be a sprinter. Instead, we would look at training recommendations that should allow you to get the most out of your training, by playing to your genetic advantage. Similarly, injury predisposition testing information can be used to provide specific exercise interventions within a prehabilitative training programme, even without current symptoms.

An interesting aspect for coaches and support staff to consider is that compliance to an exercise and diet programme is greater in individuals who have been placed on a programme that matches their genetic requirements. In essence, genetic testing is another tool in the armoury that allows for a well-informed training programme that is specifically designed to maximally benefit an athlete based on their genetic make-up.

In conclusion, this genetic testing confirmed things I had learned via experimentation throughout my career. It was apparent that I probably wasn’t as genetically “gifted” as some others that I was competing against, and I knew that I struggled to recover at times. Being prone to injury also didn’t come as a surprise. If I had access to this information 15 years ago it could have saved me an amount of costly trial and error and also been an important influencer to allow me to make actionable changes at a much earlier stage.

Craig Pickering is a former Olympic athlete in athletics and bobsleigh. The Marshall Milton Keynes sprinter competed at four IAAF World Championships and won medals at world youth, European under-20 and under-23 level. His personal bests are 6.55, 10.14 and 20.89 for 60m, 100m and 200m respectively.

In 2014 he was selected for the 2014 Winter Olympics and became only the eighth British athlete to compete at both the summer and winter Games. At the pre-Olympic training camp, he suffered a career-ending injury and could not compete.

He now works for DNAFit (dnafit.com), who can provide genetic testing for as little as £99. You can contact him at [email protected] with questions regarding this article or if would like to know more about genetic testing.