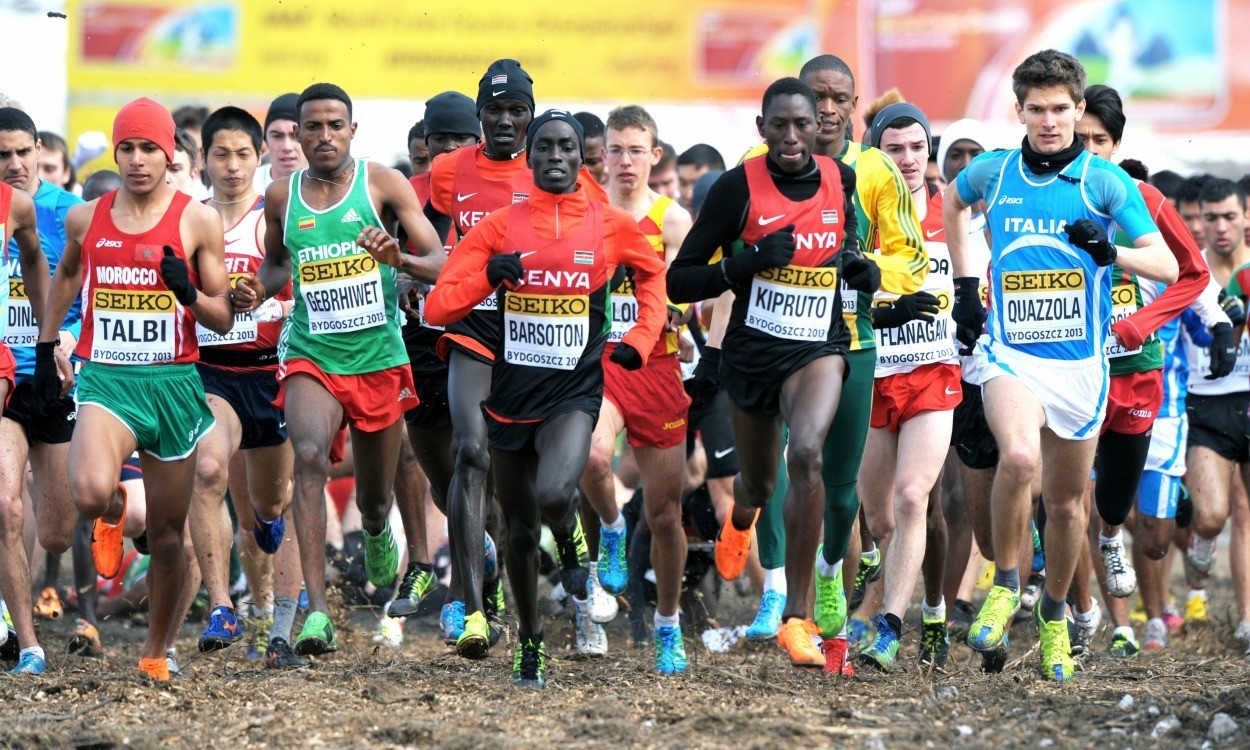 Senior male and female athletes are to now race over 10km at the IAAF World Cross Country Championships, with the standardisation of the of the distances confirmed in the IAAF Competition Rules 2016-17.

The senior men’s race had previously been 12km and the senior women’s 8km at the biennial event, but there had been calls for gender parity, with the sport’s world governing body also recommending that similar distances be used for other international and national competitions.

The under-20 men’s race distance of 8km is to remain the same, as is the 6km distance for the under-20 women’s event.

From 1998 to 2006, the World Cross incorporated both long and short senior races, the short race contested over 4km, but since then just the longer distances have been raced.

At the last edition of the World Cross, held in Guiyang in China in March, the senior men’s race was won by Geoffrey Kamworor, while his Kenyan team-mate Agnes Tirop claimed the senior women’s title. The next edition of the event will be held in the Ugandan capital of Kampala in 2017.

Two-time senior world cross-country champion and world marathon record-holder Paula Radcliffe is among those on the IAAF Cross Country Committee, the Briton having been elected into the role at the recent IAAF Congress in Beijing.

In his foreward to the IAAF Competition Rules 2016-17, Coe commented: “As a former athlete I’m the first to understand that these rules are the bedrock of everything that an athlete or official does in the competition environment.

“Athletics like all sports is defined by its rules. They provide standardised boundaries for each event discipline and, in turn, clarity and understanding about the decisions taken for the entire athletics family including media and fans.”

Other changes in the 2016-17 rules include the addition of trail running as being officially part of the definition of ‘athletics’, plus the distance medley relay and women’s 50km race walk events having been added as official world record events.