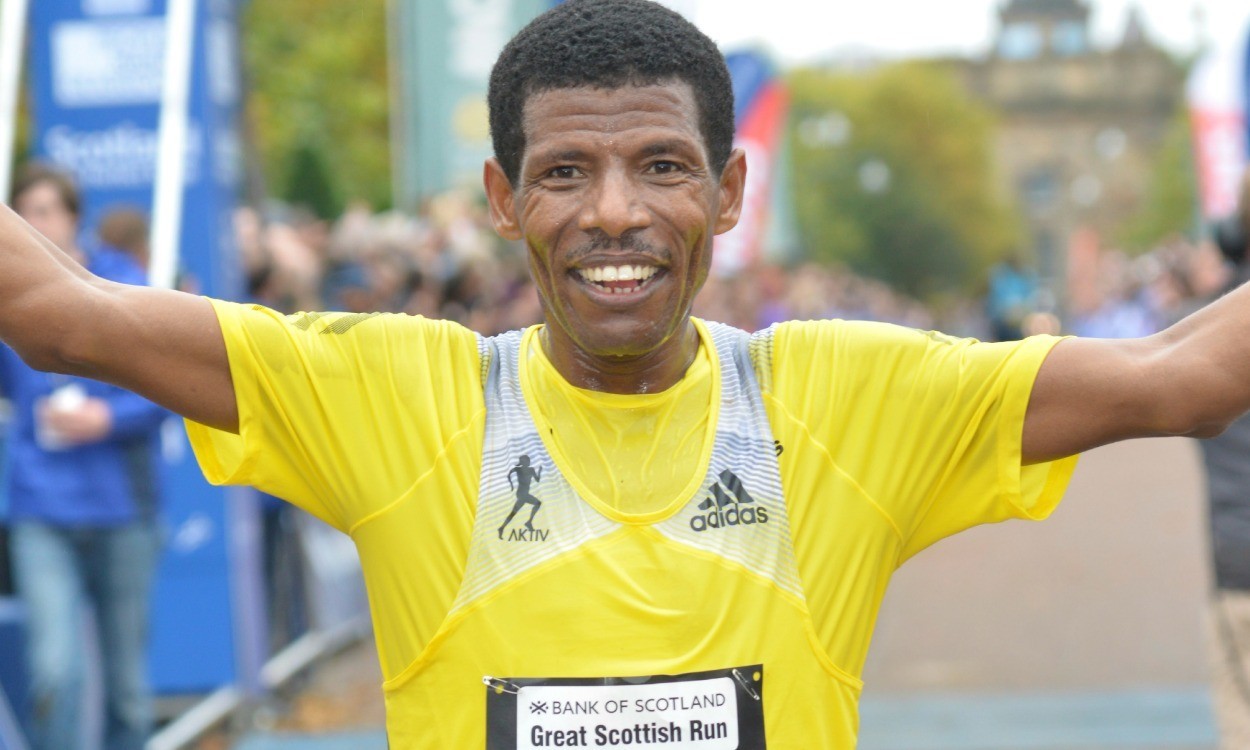 Haile Gebrselassie is set to take on the likes of Australia’s Michael Shelley and Stephen Chemlany of Kenya when he returns to Glasgow on Sunday to defend his Bank of Scotland Great Scottish Run title.

The Ethiopian long distance great is the star name at an event which will be missing European 10,000m champion Jo Pavey who has been forced to withdraw after having suffered some heel pain in the last few days and therefore been unable to train.

The women’s field still features some top talent, though, with Ethiopia’s Tiki Gelana – the Olympic marathon champion who was third in the recent Bupa Great North Run – set to be joined by the likes of Kenya’s two-time world marathon champion Edna Kiplagat.

Shelley and Chemlany, who were the top two in the Commonwealth marathon in July, return to the Scottish city to challenge the likes of Gebrselassie, who great set a Scottish all-comers’ record when clocking 61:09 for victory at last year’s event, as well as Kenya’s Mark Kiptoo and Stephen Mokoka of South Africa. Wales’ Commonwealth marathon representative Andrew Davies leads the domestic entries.

“I have fantastic memories of my first race in Scotland and I am delighted to be coming back to race in the Bank of Scotland Great Scottish Run for a second time,” said 41-year-old Gebrselassie, whose time of 61:09 from last year is also the quickest ever recorded by an M40 athlete.

On whether he thinks he can improve on that time, he added: “Who knows? The weather was not bad last year but there was a little bit of rain towards the end and it was a little bit windy in another part. So maybe, with better weather this year, I can run faster.”

Simon Lawson and Jade Jones head the wheelchair entries, while the weekend also includes a 10km for which Scotland’s Callum Hawkins is among those entered.

The 13.1 mile event includes the Scottish Half Marathon Championships and concludes the Scottish Athletics Road Race Grand Prix series. Tewolde Mengisteab of Shettletson Harriers and Central AC’s Jennifer Emsley, who set a course record at the Loch Ness Marathon on Sunday, lead the way in the race for £750 each as part of the £4000 prize-money pot.