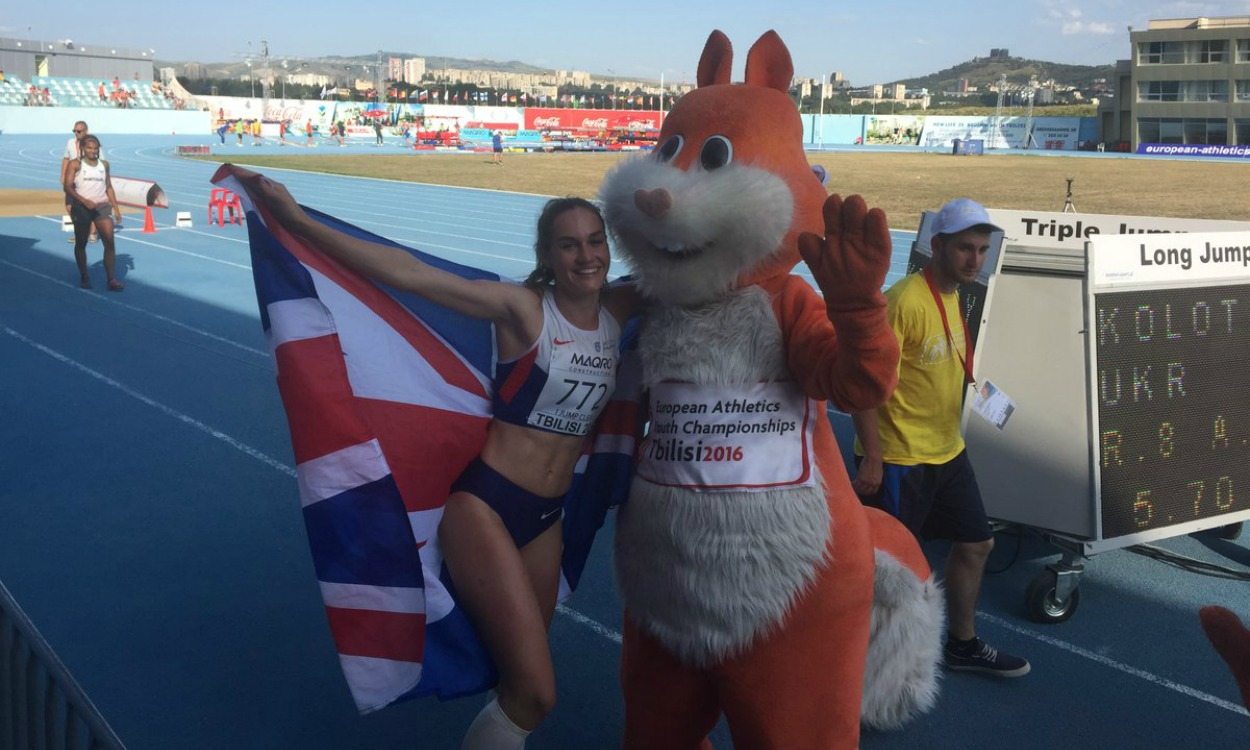 A total of 13 medals, five of those gold, were won by the Great Britain and Northern Ireland team in Tbilisi

Victories by George Mills and Holly Mills helped the Great Britain and Northern Ireland team to a total of five gold medals and 13 medals overall at the end of the four-day European Youth Championships in Tbilisi, Georgia.

“I’m absolutely ecstatic,” said 800m winner Mills, who is the son of former England footballer Danny Mills. “I came in knowing I was capable of it if I ran well and recovered comfortably between the rounds. I ran the rounds maturely I think, easing off when I could but today was about getting out hard and making people work as hard as they could to beat me.

“Fortunately my best was better than their best today.”

Earlier on, Holly Mills had secured gold in the long jump despite battling against strong headwinds.

Maja Bedrac matched Mills’ leading jump of 6.19m in the final round, but the Briton’s second best leap of 6.09m was two centimetres further than her rival’s so she claimed the title on countback.

“I’m so happy, I can’t even explain it,” said the winner. “I came in ranked third and I can’t believe I ended up coming away with the gold medal.”

Germany’s Manuel Wagner won the decathlon with a PB of 7382 points as Britain’s Sam Talbot placed 12th. After a strong day one of the competition which had seen Talbot sit second, the Briton opened day two with the fastest 110m hurdles time of 13.86, but three fouls in the discus put the British under-18 record-holder out of the reckoning. Talbot continued to run a PB of 4:46.45 in the 1500m.

Martin Lamou won the triple jump with a 16.03m PB, as GB’s Jude Bright-Davies finished seventh with 14.78m after a PB of 15.40m in qualification, while Norway’s Arianne Duarte Morais threw a European youth best of 60.89m in the javelin and Emmanouil Karalis of Greece cleared 5.45m to win the pole vault before attempting a world youth best height of 5.56m.

Maja Nilsson claimed the high jump title with her PB clearance of 1.82m, as Britain’s Ada’Ora Chigbo and Abby Ward cleared 1.75m to place joint fifth and seventh respectively. Georgios Koniarakis of Greece claiemd the discus title with a throw of 62.16m as GB’s James Tomlinson threw 57.10m for sixth.

Further results can be found here.