Being GB captain for Prague is an absolute privilege, says Lawrence Clarke 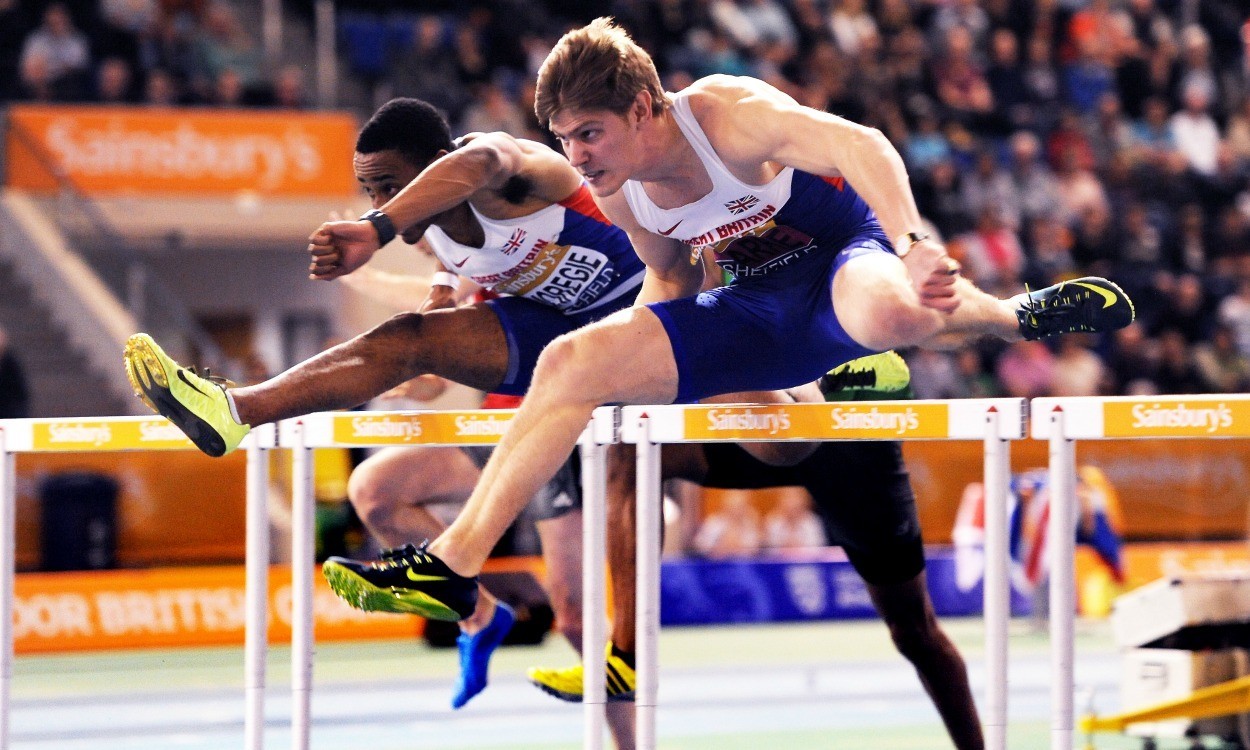 Lawrence Clarke has been named as captain of the Great Britain & Northern Ireland team for the European Athletics Indoor Championships taking place in Prague from March 5-8, with the sprint hurdler describing the role as “an absolute privilege”.

“I’ve worked so hard for so many years to be a part of the team and to be honoured in this way is a great privilege,” said Clarke. “I feel very lucky that Neil Black (British Athletics performance director) has asked me to lead the team and hopefully it will be a very successful championship.

“Neil said my indoor season has been going very well and I had performed consistently at championships. He felt it was time in my career and that I could be an inspiration to some of the team.”

The 24-year-old, who has suffered a number of injury setbacks since his fourth place finish in the 110m hurdles at the London 2012 Olympics, claimed 60m hurdles gold at the British Championships in Sheffield last month before going quicker to clock 7.62 when finishing as runner up to Kevin Craddock at the Sainsbury’s Indoor Grand Prix in Birmingham a week later. Clarke’s PB of 7.59 was run in Mondeville at the beginning of the month.

The Malcolm Arnold-coached athlete currently sits third on the European rankings behind French hurdlers Dimitri Bascou and Wilhem Belocian who have run 7.48 and 7.53 respectively in 2015.

“I want to take it round by round,” said Clarke. “Consistency for me is the most important thing, if I can get into that environment and perform to the best of my ability that’s what’s important to me.”

He added: “I’ve got a tough test. There is Pascal Martinot-Lagarde, Dimitri Bascou, who is European leader at the moment, and the world junior champion Wilhem Belocian. There are a lot of people who are running well.

“I feel really confident in my ability. If I can get out of the starting blocks then I should be mid-7.5 and that’s where I think the medals will be won.”

A couple of team changes were announced by British Athletics on Friday, with Greg Rutherford withdrawing from the competition. The event had not originally been in the Olympic, European and Commonwealth long jump champion’s plans but he appeared to have had a change of heart after setting an indoor personal best of 8.17m at the Grand Prix. He later revered his decision to accept a spot for the championships, though, wishing to give his body time to fully recover as he concentrates on the outdoor season.

You can find a full GB & NI team list for Prague here.