Garrett Heath the man to beat in Great Edinburgh XCountry 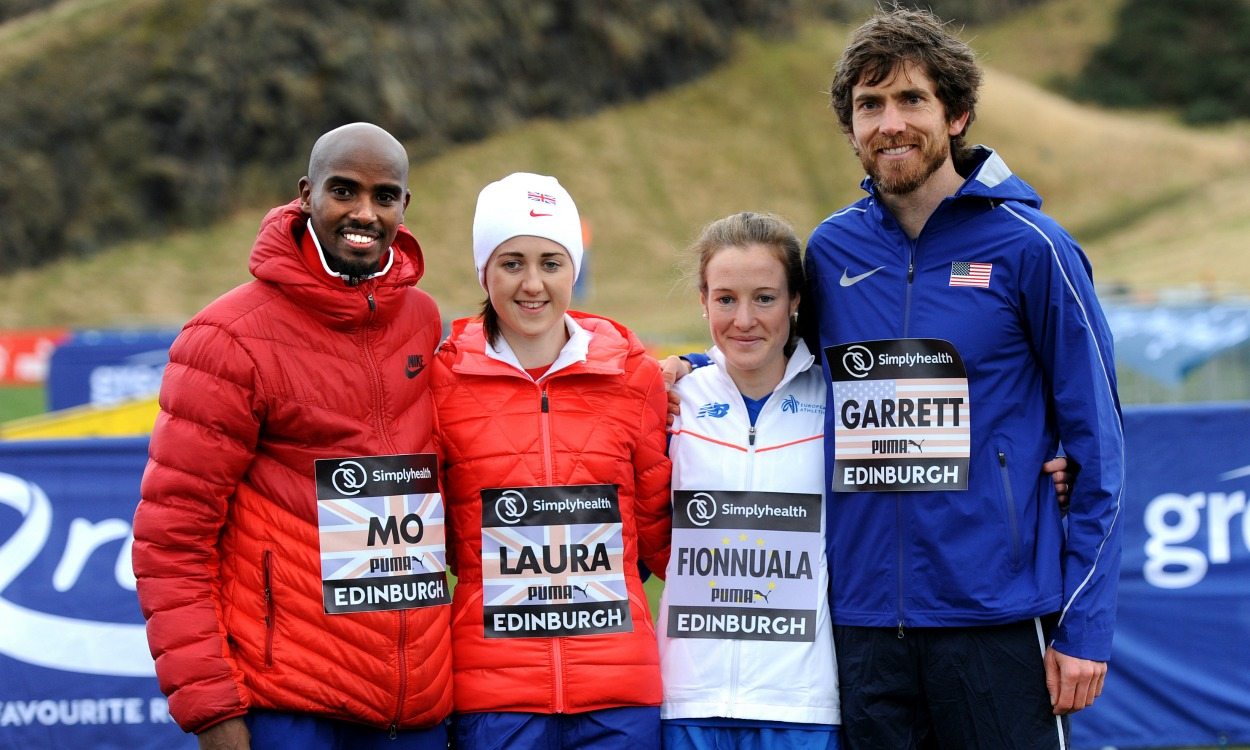 American has Midas touch at Holyrood Park as he guns for win No.4

Mo Farah will stride into Holyrood Park on Saturday with multiple Olympic and world titles under his belt, a newly-received knighthood, an avid following of autograph-hunting fans and the bulk of the media interest. But the man to beat in the Simplyhealth Great Edinburgh XCountry on Saturday is not Sir Mo but a modest, unassuming American called Garrett Heath.

The 31-year-old not only beat Farah in the same 8km race last year but he won the 4km at the 2014 and 2015 Great Edinburgh events, where he took the scalps of Kenenisa Bekele and Asbel Kiprop among others.

His name sounds like the kind that would be owned by a Wild West gunslinger and every January the Minnesota man rolls into the Scottish city for a shoot-out that, so far, he has never lost.

Sir Mo Farah might be a knight of the royal realm in the world of athletics, but when it comes to racing over the mud and hills of a course that sits in the shadow of the extinct volcano Arthur’s Seat, Heath is the king of Holyrood Park and the man with the Midas touch.

“I love the mud, I love the hills and I love growing out a beard at this time of year,” smiled Heath, after flying into Edinburgh from the US this week.

Despite looking for his fourth consecutive Edinburgh XCountry victory and being up against a Brit who retained his Olympic 5000m and 10,000m titles in style last summer, Heath showed little sign of feeling the pressure. Instead he was full of light-hearted banter, such as joking that it’s hard to tell just how lean and fit Farah is until he removes a few more layers of his running kit.

There were even some friendly hugs as Heath and Farah huddled together for pre-race photos with (above) Laura Muir and Fionnuala McCormack. The friendly formalities will disappear once the starting gun fires on Saturday afternoon, though, as Heath leads the United States’ hopes against a British team that includes in-form Callum Hawkins and a European team led by Euro champ Aras Kaya.

After storming away from Farah in Edinburgh to win 12 months ago, the rest of 2016 did not go brilliantly for Heath. He failed to qualify for the Rio Olympics after finishing 13th in the US Olympic Trials 5000m, but he is determined to find what he calls “redemption” in 2017 by making the team for the IAAF World Championships in London.

“The Diamond League in London is one of the most amazing experiences,” he said. “It was really cool to see the stadium full and I can only imagine how great it will be for a World Champs.”

Before then, he wants to use Edinburgh as a springboard for the USATF Cross Country Championships in Oregon on February 4 where he hopes to qualify for the IAAF World Cross Country Championships in Kampala, Uganda, in March. His trip from the US to Edinburgh took about 16-17 hours and he estimates the journey to Uganda will easily take twice as long, but he explained: “It’s hard to miss out a chance to take on the best in the world and I like the idea of getting the opportunity to go to somewhere like Uganda.

“But I also want to run well outdoors this year and the World Cross is probably not going to be the kind of (muddy and cold) conditions that I’d prefer, so it’s a little bit up in the air.

“I’d like to run well at Payton Jordan (5000m in California in May) and do some Diamond Leagues as well, so we’ll see how things go. I feel there’s definitely some unfinished business in my career when it comes to things on the track.”

But first he takes on Farah in Edinburgh and he’s arrived in Scotland in decent shape despite taking one of the biggest breaks of his career from August to October last year when he spent a period running simply for fun.

“Sometimes you find yourself riding that fine line in between being super fit and tipping over the edge and kind of breaking yourself and last year with it being an Olympic year I tried to ride that line as close as I could to make the team and go to the Olympics and make a dent there. But I missed the mark a little bit.

“So I took a bit longer than usual at the end of the season to have a break and to re-set and I was able to step away from the mental side and just enjoy running. It took longer to get back into proper training this fall but November and December were good and I’ve been up in the snow and running on a treadmill sometimes when the snow was occasionally too deep, so I should be ready to go here in Edinburgh.”

On one occasion Heath even tried to do an 18-mile run on an athletics track in Bend, Oregon, when the snow was too deep to run on the trails. It was Christmas Day and his foot slipped on some black ice on the track and he fell over. Luckily he wasn’t hurt, though. “It was supposedly the only place I could run without falling over on snow or ice but it didn’t quite work out,” he said.

If he beats Farah again, what is the secret to his success? Apart from knocking out 18-mile runs on a track on Christmas Day, that is. “I just do typical fall training,” he explains, “a lot of hills, long tempos and hard fartleks. Nothing crazy different.” Then he pauses and adds: “I grow the beard as well.”