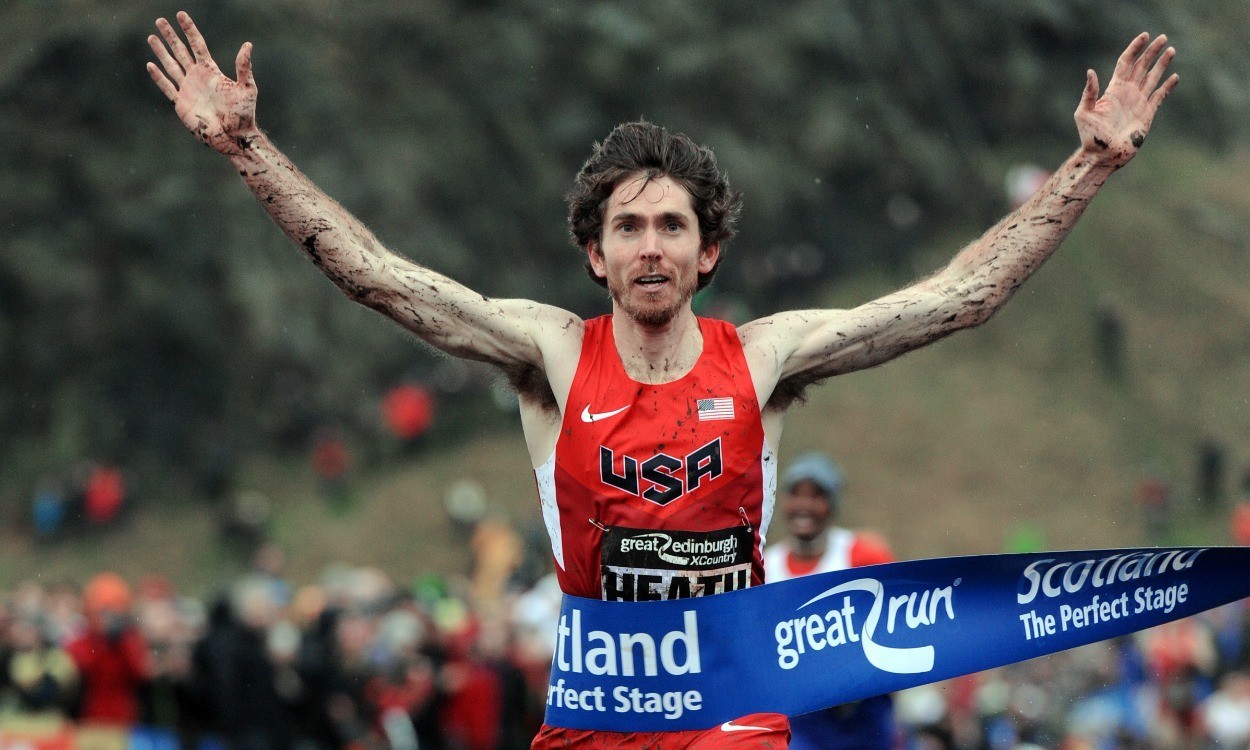 Garrett Heath is set to compete at the Great Edinburgh International XCountry on January 7, with the American looking to make it four straight wins in the Scottish capital.

Mo Farah has made himself available for selection to compete for Great Britain at the event and, if selected, the race would pit the four-time Olympic gold medallist against one of the few people to get the better of him in recent years.

The Seattle-based runner defeated Farah earlier this year after a dramatic sprint finish in Holyrood Park. It was the Briton’s first race of the calendar year and the first time the five-time world track gold medallist had run cross country since 2011.

“To beat Mo Farah, who I respect so much and has been so dominant in the sport these last few years, was a pretty exhilarating moment,” said Heath, who defends his 8km title in the team event between USA, Britain and Europe.

“I love competing in the mud, snow, and cold of cross country so having the chance to race some of the best in the world on the course in Edinburgh with a great crowd cheering you on is an absolute blast.

“Plus, to do it in the US uniform as part of the team competition only makes it more special,” added the 31-year-old, who was a surprise winner of the 4km event in 2014 and retained that title a year later.

The event will also see the return of the International Mixed Relay event which will see national teams of four (two men and two women) compete in a 4x1km challenge for the Stewart Cup.

The Great Edinburgh International XCountry will be televised live from 13:15 on BBC One and is part of a New Year festival for runners of all abilities held in Holyrood Park, next to the Scottish Parliament.

The popular Great Edinburgh Winter Run, held on a scenic 5km course that loops around Arthur’s Seat, provides the public with a perfect opportunity to blow off the New Year cobwebs before watching the world’s best test themselves in the international cross country races.

Entry to the Great Winter Run is available online at greatrun.org/winter.