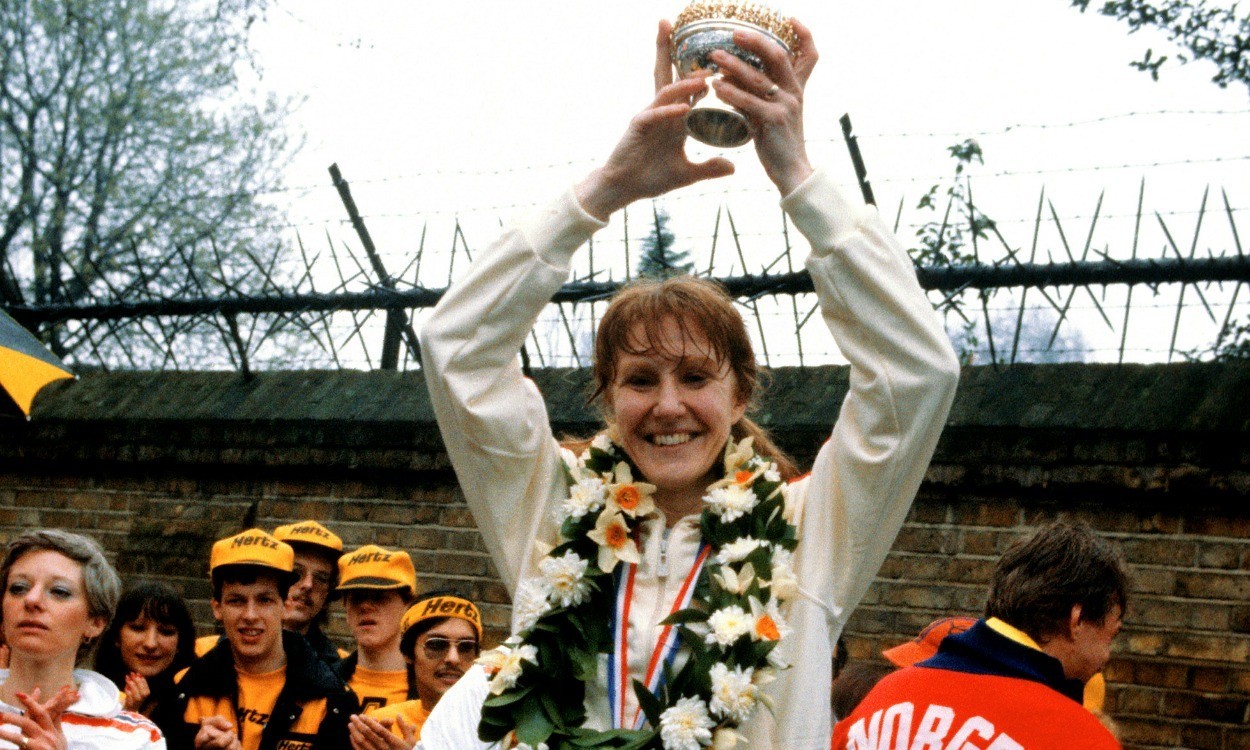 The inaugural champions of the London Marathon are to officially start the 35th race on April 26.

Three and a half decades after winning the first ever London Marathon on March 29, 1981, Dick Beardsley, Inge Simonsen and Joyce Smith will return to London to send some 36,000 Virgin Money London Marathon participants on their 26.2-mile journey to Westminster.

USA’s Beardsley and Norway’s Simonsen famously crossed the rain-swept 1981 finish line hand-in-hand, a gesture which has come to symbolise the spirit of the event and will be celebrated this year. Neither had won a marathon before and the winning time of 2:11:48 was a personal best for both.

Eighteen minutes later and Smith won the first women’s race by a huge nine-minute margin. Clocking 2:29:57 she became the first British woman and the first woman over 40 to complete the distance in less than two and a half hours.

The three victors were followed across the finish line, then on Constitution Hill, by 6252 other runners.

All three inaugural champions went on to enjoy further success. Smith returned to win the event again a year later, this time by five and a half minutes in 2:29:43 for another British record. At 44 years and 195 days she remains the oldest woman to have ever won the event.

Athletics Weekly spoke with Smith earlier this year to learn more about how she was ahead of her time. You can find a feature on her here.

Simonsen went on to run the New York City Marathon later on in 1981 and was sixth in the Golden Marathon in Athens in 1982, while Beardsley continued to set personal bests – acquiring a successive string of 13 marathon PBs in all – a Guinness World Record that still stands. At the 1982 Boston Marathon he was involved in a famous ‘duel in the sun’ with Alberto Salazar, which he lost by a mere two seconds in 2:08:53, as both men bettered the previous course record and US record.