Finley has some Bigg ambitions 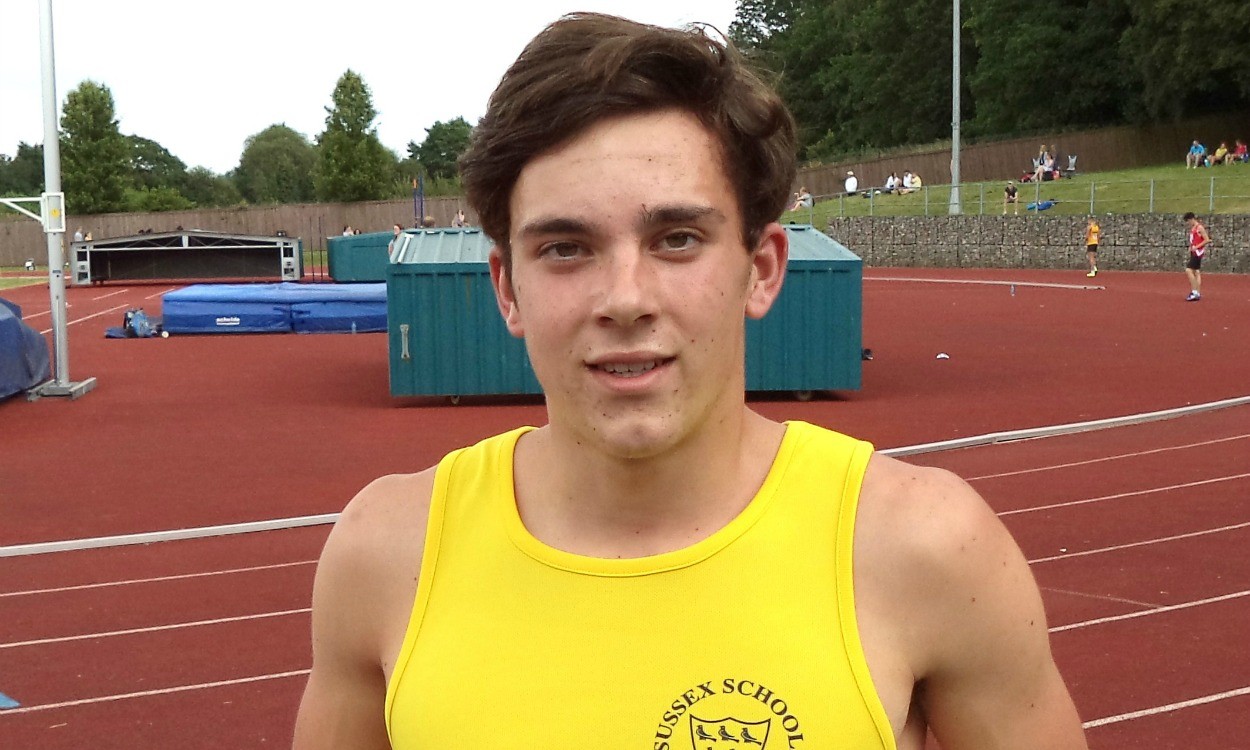 It is refreshing, however, that Gunnell and Bigg have never put pressure on the 16-year-old to do their sport. This attitude is paying dividends, as Finn is making his own mark in 400m running.

Finn’s biggest success so far came at the recent English Schools when he set a PB of 49.36 for bronze. Such is his speed, Finn can now claim to be the fastest in the family.

“Dad claims he ran 49.1, but I’m pretty sure this was only in a relay,” says Finn about former 1:48 athlete Bigg. However, judging by Finn’s recent progression, there will soon be no room for argument.

Indeed, Finn is a relative newcomer to the sport. He did a few races last year and ran 51.6 to become Sussex county and national independent schools champion. Prior to that, the talented all-round sportsman’s main sport had been football. However, when Finn did not get through trials with Brighton at Christmas 2013, he decided to do more athletics.

This year he has still played football for a local team and football and rugby for school, but he plans to concentrate more on athletics now. However, the last thing Gunnell and Bigg wanted was for Finn to become an athlete just because they were, so the pair encouraged their son to try different sports.

Finn’s event choice continues to spark friendly banter within the household. “Jon and I argue about whether Finn will ultimately end up a 400m hurdler or an 800m runner,” jokes Gunnell. “I just think it is good to be trying a range of events at that age.”

If Finn’s training set-up is anything to go by, the two-lap event looks more likely. Finn trains with a strong group of predominantly middle-distance athletes who are coached by Bigg, the group headed by Commonwealth 1500m finalist Charlie Grice. Even coaching his son as a one-lap runner, Bigg is already ensuring a solid endurance grounding.

“Tempo runs on Brighton seafront in the winter are definitely my least favourite training session,” says Finn. “It is always cold and windy and I have to try and hold on to the middle- distance guys. I like fast sessions on the track best.”

Training five times a week, Finn often runs on fields at home or in the gym in their barn and is enjoying starting to take the sport seriously.

“It may be that I move up to the 800m, but at the moment I am just really enjoying it.”

Although he is aware that having such famous parents may mean he is more in the limelight than some of his competitors, Finn appears to be taking it all in his stride.

“It is always in the back of my mind what they achieved and I do look up to them, but at home I just see them as my mum and dad. I have seen videos of my mum running, but I didn’t know my dad was that good until he told me that he won the English Schools,” he says.

Such a well-grounded outlook arguably stems from the fact that Gunnell and Bigg have been determined to ensure that their three sons have a normal family life, as much as possible.

“At competitions people look at me when I am with my mum, but I try not to notice it too much,” reveals Finn. “What I find most funny is when I win medals at events like the Southern Championships and my mum presents them to me.”

You can find further performance stats on Finn on Power of 10 here.