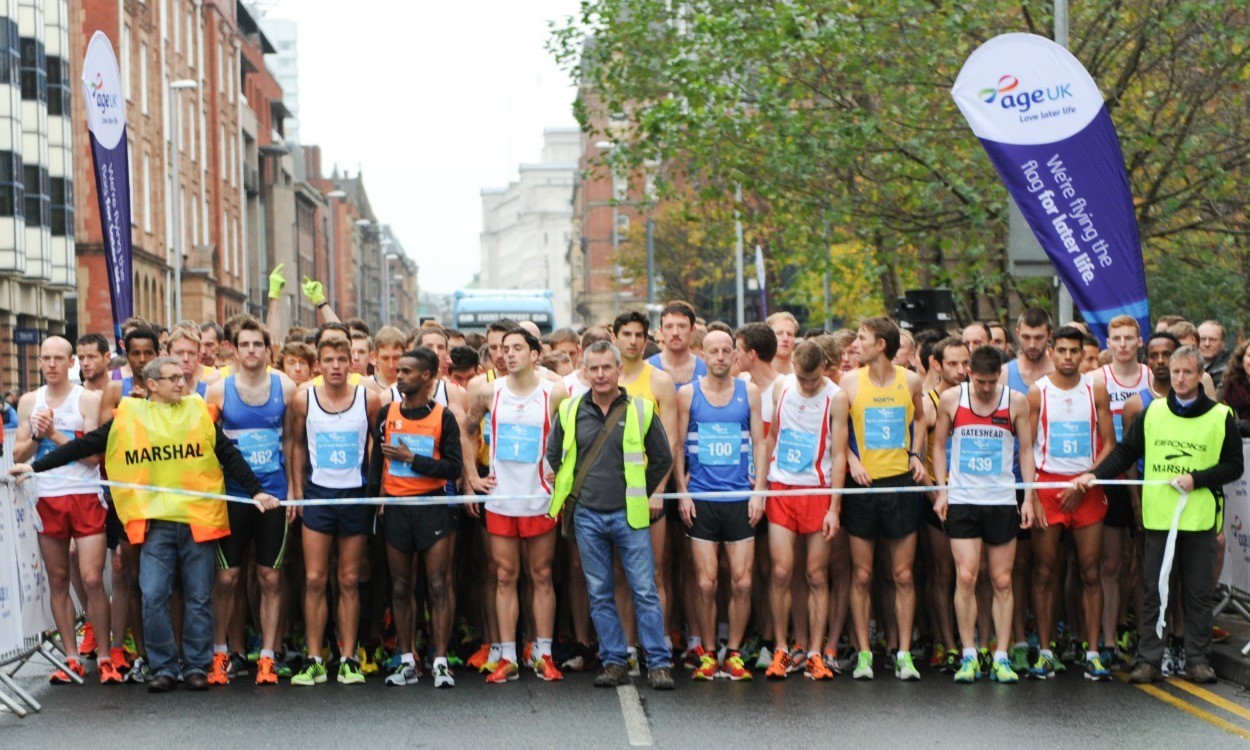 Leeds event demonstrates strength in depth, while title charity Age UK is on track to raise over £275,000

A total of 288 runners went sub-34 minutes and 47 women bettered 37 minutes at the recent Age UK Leeds Abbey Dash, while the event impressed in other ways, too, with more than £275,000 set to be raised for the title charity.

Almost 10,000 people completed the 10km event, led by Andrew Butchart who continued his strong form to win in a 29:18 PB from fellow Scot Callum Hawkins. Steph Twell won the women’s race and she also clocked a personal best with her time of 32:30.

Selected for the second year running as the final event in the RunBritain Grand Prix series and as the England 10km Championships event, this year’s race boasted a strong international field, with 17 men dipping under 30 minutes and 50 going sub-31:00.

Rob Cameron, elite race co-ordinator and England team manager, said: “I have an ambition to improve Britain’s endurance competition and would love to see 30 men under 30 minutes. Year on year we’re getting there.”

Sunday’s event is set to raise a substantial sum for Age UK to help the charity to continue the work it does to support vulnerable older people across the country. Some funds raised this year will also enable Age UK Leeds to provide services and programmes for older people in the city, including information, advice and help with getting online.

Lydia Curran, head of group events at Age UK, said: “It was fantastic to see thousands of runners pounding the pavements for Age UK this year. The Age UK Leeds Abbey Dash continues to be a fantastic event for runners of all abilities and the money raised will help Age UK support older people and tackle huge issues such as loneliness.

“Thanks to everyone who took part in the 10km course and Junior Dash, as well as our volunteers and supporters who lined the route and helped make the event truly spectacular.”

» For a race report see the November 20 edition of Athletics Weekly, which is available digitally here from Wednesday November 19