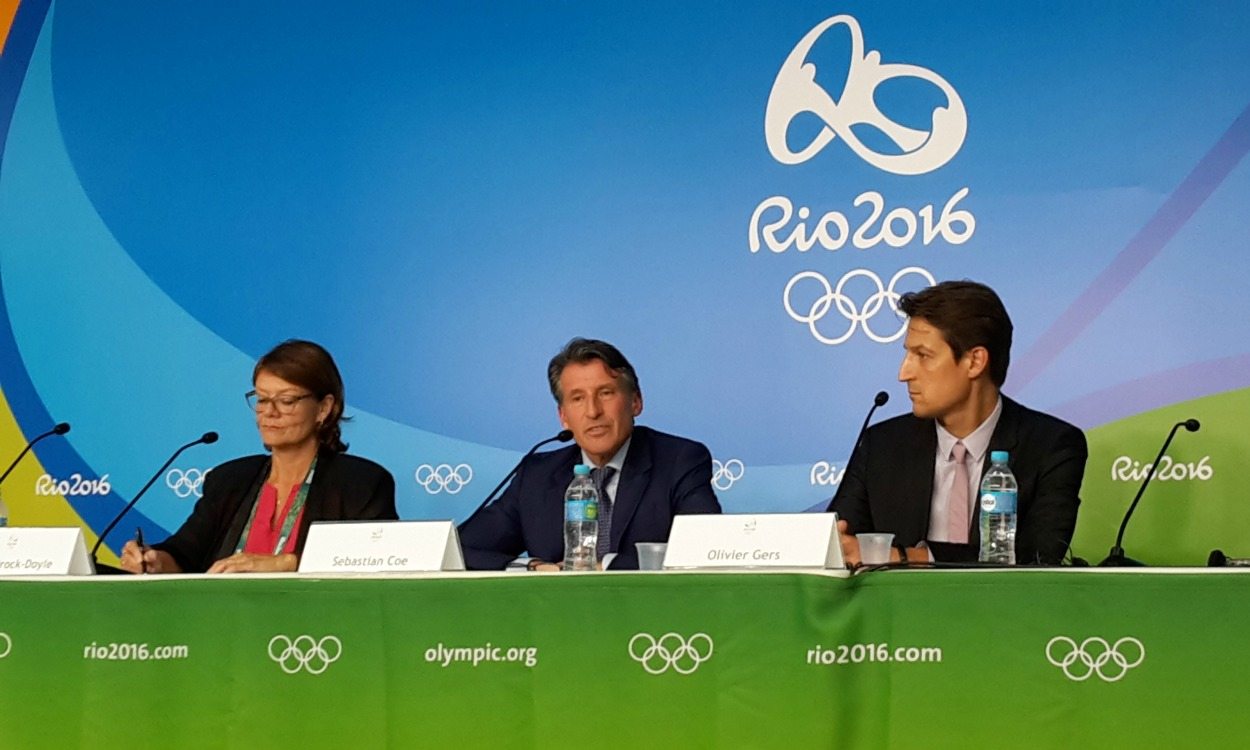 Seb Coe says track and field fans have been treated to a feast of athletics at the Rio Olympics. “It’s a bit like glugging your way through a quart of cream, it’s been exceptional,” the IAAF president said at a press conference on Saturday night in the Estadio Olimpico.

Coe pointed to three world records, 10 area records, nine Olympic records and 93 national records across 65 different countries on the eve of the final session in the athletics arena.

“It has enthralled, it has entertained, it has captured the global imagination this week,” he said. “The sport is alive and incredibly strong. The performances have been incredible and I cannot remember a group of athletes who have come to an Olympics better prepared.”

On his highlights at the Games, he unashamedly praised the winner of his own former event, the 800m. “In a very different type of race, David Rudisha showed how sound his judgement is and what a beautiful athlete he is,” said Coe.

The IAAF president added that any story that begins with “Michael Johnson’s world record has fallen” has to be spectacular, while Usain Bolt was naturally singled out for praise and Coe says he has already spoken to the Jamaican sprinter about how he is going to remain involved in the sport in future.

On the poor crowds, he said: “The attendance levels have been a talking point but this (in a stadium) is not the way most people view our sport nowadays.”

Coe highlighted the website and social media figures during the Games that had increased hugely since London 2012.

Coe was accompanied at the press conference by the IAAF’s newly-appointed chief executive Olivier Gers. Appropriately, the 46-year-old has a background in digital media although not surprisingly most questions were directed at Coe.

He was quizzed, for example, about doping whistleblowers and said: “We don’t want to demonise athletes or see them publicly humiliated. I want to have platforms where they can come with some confidence and voice their concerns.”

He was also asked about his relationship with Yelena Isinbayeva, or rather the lack of relationship, according to the Russian pole vaulter. “I have a hand-written letter to give her,” Coe said, adding that the Olympic movement will only be strengthened by her inclusion.

On transport and organisational problems, Coe had sympathy with the local organising committee and said he could not remember a Games operating in such challenging circumstances since Montreal in 1976. “When Brazil won the right to stage the Games they were the 5th strongest economy in the world and they are now the 74th,” he explained.

Earlier in the day he had chaired IAAF Council meetings and one of the key decisions was to scrap the IAAF World Youth Championships for under-18 athletes. “We decided it’s not the best pathway for those athletes at that stage of their career,” he said, adding that driving regional competitions is going to be the new focus.

Finally, with his British Olympic Association hat on, he spoke about Britain’s huge medal haul and described the link between bodies like the BOA, UK Sport and the National Lottery as “the perfect storm, and long may it remain like that.”

Then he smiled and added: “Now where was that legacy?”