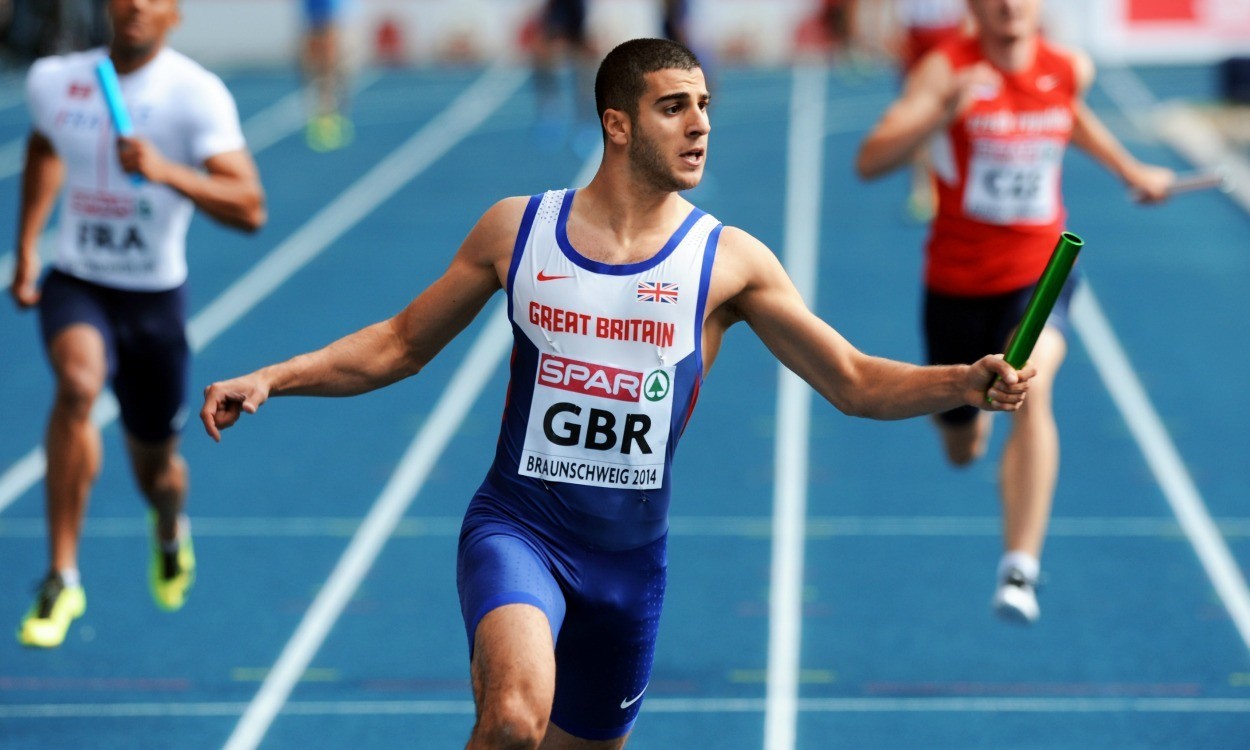 You might have only just caught your breath after some exciting athletics action at the Commonwealth Games, but there’s more in store as the 22nd European Championships take place in Zurich from August 12-17.

Here’s a quick look ahead to what to watch out for in the men’s events. For our full in-depth preview grab a copy of the August 7 edition of Athletics Weekly which is available here, or digitally here.

You can find our online women’s events preview here.

Sub-10 second Frenchman Jimmy Vicaut is the likely favourite to add the 100m crown to the 60m title he won at the European Indoors last March. James Dasaolu, Dwain Chambers and Harry Aikines- Aryeetey make up the GB trio. Over double the distance, Commonwealth 100m silver medallist and 19.98 man Adam Gemili leads a strong British charge that also includes the in-form Danny Talbot and James Ellington. The 2011 world bronze medallist Christophe Lemaitre is the fastest in Europe on paper in 2014 with 20.08.

GB’s Matthew Hudson-Smith clocked a big PB to dip under 45 seconds at the Sainsbury’s Glasgow Grand Prix last month and then anchored England to 4x400m gold at the Commonwealth Games. He’s in 400m action, as are the ever-consistent Borleé brothers.

France’s Pascal Martinot- Lagarde is the fastest in the sprint hurdles field, but 2012 champion Sergey Shubenkov will be waiting in the wings if the Frenchman is to put a foot wrong. Great Britain’s William Sharman competes, fresh from a Commonwealth silver.

Niall Flannery ran 48.80 in June to sit second on the 400m hurdles rankings and could get among the medals. Three others – Rasmus Mägi, Thomas Barr and Denis Kudryavtsev – have also gone under 49 seconds.

Fresh from a 1:42.53 French record, Pierre-Ambroise Bosse starts as one of the biggest favourites in the 800m. However, an experienced Polish duo of 2010 champion Marcin Lewandowski and twice European indoor champion Adam Kszczot will likely pose a threat.

Norwegian Henrik Ingebrigtsen, German Homiyu Tesfaye and Turkish Ilham Tanui Özbilen are well clear at the top of the 1500m rankings, while double Olympic champion Mo Farah will start as favourite in both the 5000m and 10,000m, should he take to the startline. Belgian Bashir Abdi, German Arne Gabius and Italian Daniele Meucci will be threats in the longer event.

In a year when men’s high jumping has scaled new heights, this event looks likely to be a thrilling contest, with 2013 world champion Bogdan Bondarenko, Olympic Champion Ivan Ukhov and world indoor bronze medallist Andriy Protsenko all over 2.40m this year.

Renaud Lavillenie starts as a strong favourite to take his third successive European pole vault title, while Olympic and Commonwealth champion Greg Rutherford will hope to add another major title to his name and tops the long jump entry list courtesy of his 8.51m British record. The triple jump looks wide open, with Lyukman Adams, Yoann Rapinier, Benjamin Compaoré and Aleksey Fyodorov all over 17m.

Having set a PB of 21.95m at the head of the rankings and already proved himself as a championship performer, Germany’s David Storl starts as a strong favourite to defend his European shot title.

He secured silver behind his German rival at last year’s World Championships and Poland’s Piotr Malachowski occupies top spot in the discus rankings with his 69.28m from May. However, Robert Harting will still start as most people’s favourite. Olympic champion Krisztián Pars and 2013 world champion Pawel Fajdek occupy the top two hammer spots in the European rankings.

The European under-23 champion Kai Kazmirek from Germany heads the rankings on 8471 points and will hope he can step up to take his first senior international title. His teammate Rico Freimuth and Frenchman Kevin Mayer take the next two spots.

A large group of athletes sit in the 8100 points range, one of whom is Great Britain’s Ashley Bryant, who won silver at the Commonwealth Games.