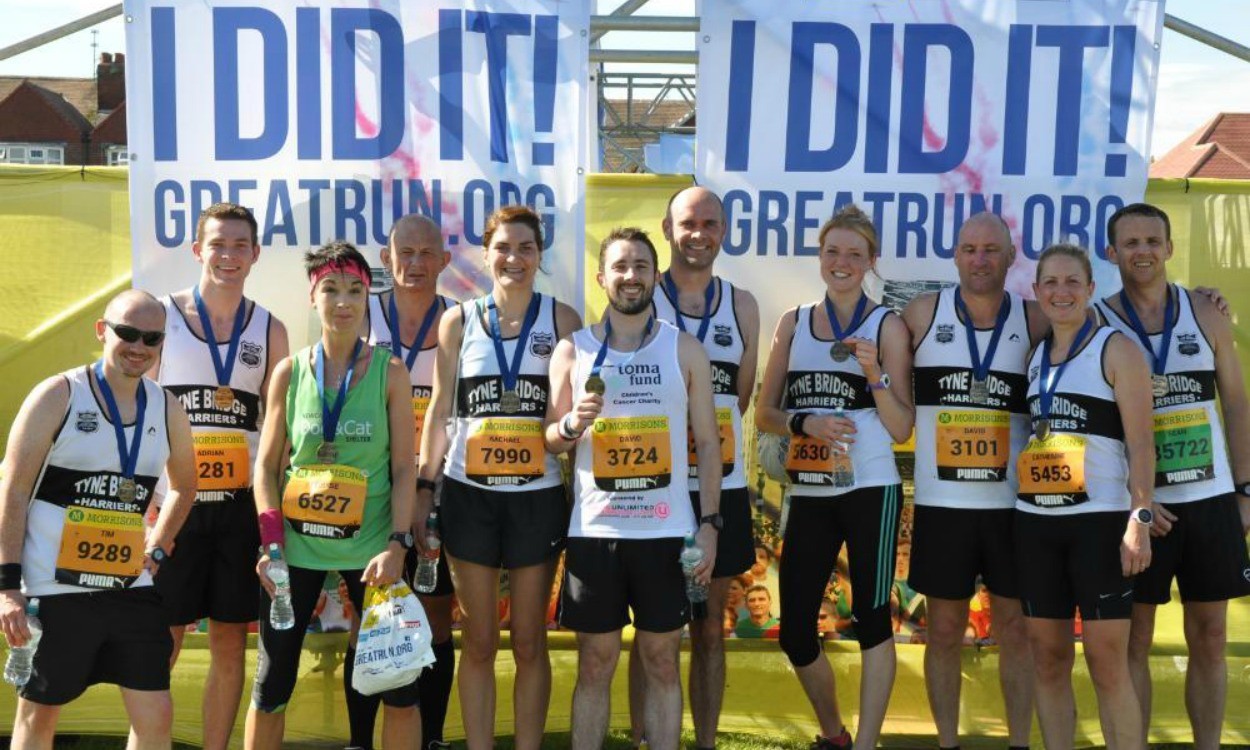 Fourteen members of Tyne Bridge Harriers will be among the 37,000 participants at this year’s Great Ethiopian Run after the club won the trip of a lifetime though the Great Club Challenge.

The challenge, which is supported by England Athletics and Scottish Athletics, saw the winning club from each of this year’s Morrisons Great Run Series events – based on the average time of their fastest seven men and women to finish – placed into a draw.

“Each of the Great Run events gives athletes of a wide range of abilities a great opportunity for competition,” said England Athletics head of competition, Andy Day. “The Great Club Challenge has brought a new element to these events, which is exclusive to affiliated clubs and their registered athletes. The format of the times from the first seven registered male and female competitors all contributing to the club’s performance has seen a real range of clubs coming to the fore this year.

“Congratulations to Tyne Bridge Harriers, as well as to all the other clubs who won prizes this year. I am sure the trip to Ethiopia will be an unforgettable experience for all the Tyne Bridge members who go.”

As well as taking part in the Great Ethiopian Run on November 22, the Great Club Challenge winners will get the opportunity to stay and train at the famous Yaya Village, used by many of the world’s top athletes, as well as have a personal meeting with distance running great Haile Gebrselassie.

Dave Moir, one of the founding members of Tyne Bridge Harriers, said: “The club has achieved a great deal in its short five-year history, but for me, this is going to be one of the highlights.

“It’s really nice that hard work and dedication in training for the Great North Run not only resulted in many PBs, but is also being rewarded with the trip of a lifetime.”

Great Run elite athlete manager, Tom Broadbent, commented: “This is the third year of the Great Club Challenge and it’s growing every year. We’re really happy to work with both England Athletics and Scottish Athletics to offer this exciting opportunity to clubs that have supported our events for many years.”

The winning club from each event will also receive £500 towards club funds and fifteen free entries to their respective 2016 Great Run. Ten and five free entries will be awarded to the second and third placed clubs.