Ennis-Hill not getting carried away by ‘Super Saturday’ repeat possibility 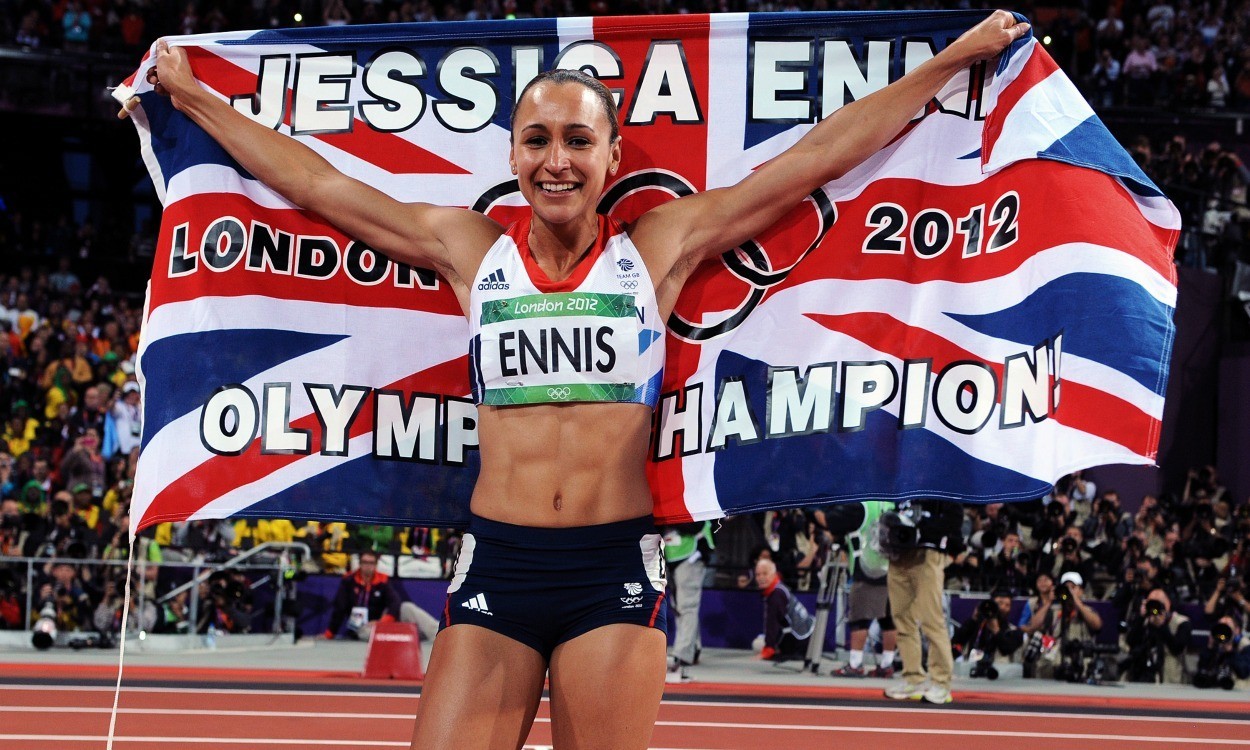 Not that Jessica Ennis-Hill is allowing herself to dream about it, but hanging ominously over the second day of athletics competition is the ghost of ‘Super Saturday’ which, if the excitement generated by the August 13 timetable is anything to go by, threatens resurrection.

Day two of the Rio athletics schedule sees the heroic British trio reunite in simultaneous competition four years on from that night in London as Ennis-Hill joins Greg Rutherford – pending morning qualification – and Mo Farah as they attempt to defend their respective heptathlon, long jump and 10,000m titles.

While it’s hard for her to not get swept away in the nostalgia when reminiscing her part of what is arguably the greatest night of sporting achievement in British history, Ennis-Hill, the Olympic and two-time world heptathlon champion, was keen to pour cold water on the possibility of a repeated collective achievement to match that seen in London.

“It would be incredible to achieve it again. I’m not sure if that’s possible or not. But just to be a part of that amazing moment four years ago was something I never really imagined. I’m not going to be too greedy and imagine it will happen again but it was really special,” said Ennis-Hill.

“I’m happy the timetable has fallen like that because it’s a really nice moment to be in the stadium together, knowing what we achieved four years ago and knowing that we’re all going out there to try and achieve again what we did this time four years ago.”

If the 30-year-old is to retain her title – a “massive challenge” which she is eager at the prospect of tackling – she would become only the second female heptathlete to win two golds, replicating Jackie Joyner-Kersee’s feat of 1988 and 1992, which followed on from her silver at the 1984 Los Angeles Games.

Ennis-Hill goes into Rio ranked second in the world this year after pulling together an impressive set of performances to score a four-year high of 6733 points in Ratingen at the IAAF World Combined Events Challenge Meeting in June off the back of an Achilles injury which had threatened to derail her bid for gold in Rio.

Last year she made a remarkable comeback from having given birth to her first child, Reggie, just 13 months before as she went on to win her second world gold, beating pre-event favourite and current world No.1 Brianne Theisen-Eaton in the process.

“I relish this opportunity to go out to go out there and see if I can do something really amazing with my career,” she said. “I am aware and I know how difficult it’s going to be. I keep hearing little bits of stats flying around. That no British woman has done it before.

Standing in the way of Ennis-Hill’s mammoth task is world indoor pentathlon champion Theisen-Eaton, who was victorious by some distance at the esteemed Gotzis Hypo-Meeting in May where she faced all likely Olympic contenders minus the defending champ, and fellow Briton Katarina Johnson-Thompson, who looked to have worked her way into ominously good form at the Anniversary Games.

Ennis-Hill said: “Mentally, I’ve got to be 100% focused. I’ve got to concentrate on knowing what I can achieve and not be distracted. Physically, I’m going to have to be at the best I’ve been for the past four years.

“Kat’s coming into great form in her jumping. Brianne’s got the world lead and she’s been able to build on that over the past few weeks. It is the Olympics. It’s going to be really tough. I’ve just got to hold everything together and know that I’ve done this before and I can do it again. I’m a slightly different athlete. But if I just can keep everything strong, I can go out and deliver in seven different events.”

While much of the British athletics squad was holed up in Belo Horizonte for the holding camp, Ennis-Hill opted to base herself in a secret location in Europe away from prying eyes and close to her family as she put the finishing touches to her training in place, before flying out to Rio just days in advance of her competition.

The journey over the past four years since her crowning glory at the London Olympics, she says, has been a “surreal” one, and now with the welcome distraction of motherhood the toughest part of the process is having to kiss Reggie goodbye.

“There have been some real lows and hard work and challenges every bit of the way. But I feel in a really privileged position. Training’s going well, touch wood. I’ve got my family here supporting me. And now I’m going to have another chance to go to an Olympics and perform on that stage which is what the journey’s about,” Ennis-Hill said, speaking just days before she flew out to Brazil.

“It’s hard. It’s been so nice having him here and coming down to the track and doing his little bit of hurdling. He’s been going: ‘Mummy: go go go.’ It’s just so lovely having him here and not being away from him for as long as I was originally going to be. It’s going to be tough saying goodbye. But he’ll have an amazing time with Daddy and I’ll see him in a couple of weeks.”