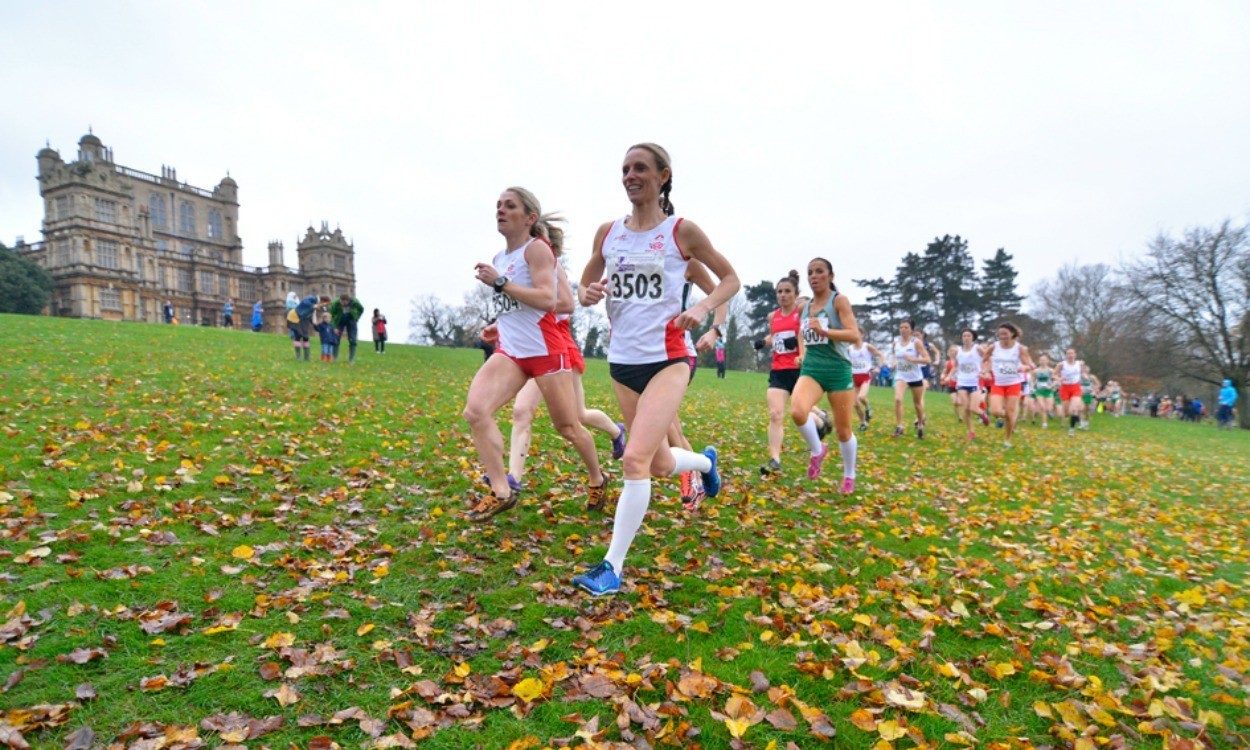 England, with a huge population advantage, again dominated proceedings at the British and Irish Masters Cross Country International on Saturday, winning the vast majority of individual and team titles.

First off was the women’s race over 6km and it resulted in a win for England’s Claire Martin who after four successive golds in the W35 category was a clear winner in 21:14 to take her first W40 title.

One of the closest races of the day was the W50 event. World W50 cross-country winner and world W50 10,000m record-holder Fiona Matheson looked to be on her way to a fourth successive title and a rare Scottish gold. However, she was caught in the last 50 metres by world W50 1500m record-holder Clare Elms who won the title in 22:16. England claimed the W50 team title to go with their wins in the W35, W40 and W45 sections.

Ireland did win W55 team gold and also won the individual title. Carmel Parnell remarkably won her fifth successive title in her age group with a win in 23:26.

Angela Copson has also dominated the W60 and W65 age groups over the last half dozen years and she won W65 gold in 25:45 which was quicker than the W60 winner Marian Hesketh who ran 25:53.

The final race featured the M35, M40 and M45 and England won all three individual and team titles.

Matt Barnes made a successful major masters debut winning the 8km event in 24:55 for M35 gold.