Endurance: Cramming it in 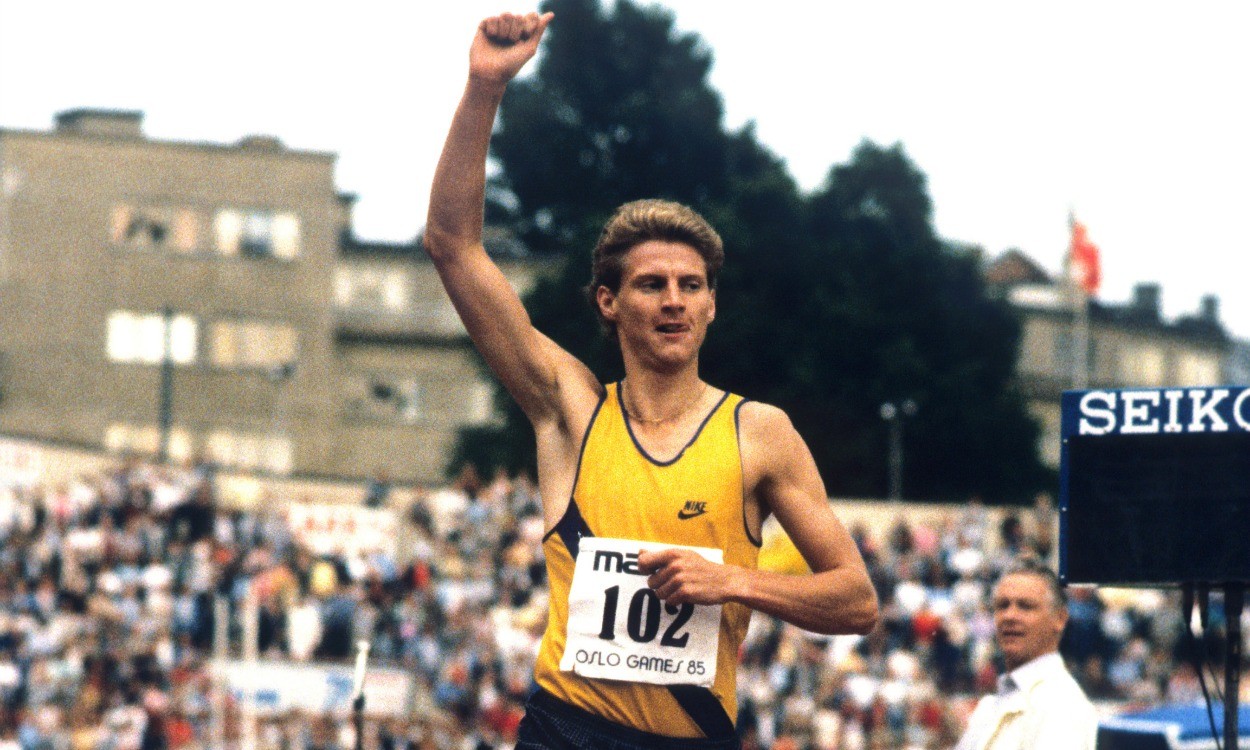 With his British and European mile record having lasted 30 years, Matt Long and David Lowes look at the training philosophy of Steve Cram

On a late summer evening on July 27, 1985, in the Norwegian capital city of Oslo, a 24-year-old in the club vest of Jarrow & Hebburn AC is up on his toes with 70 metres of the “Dream Mile” remaining.

Steve Cram had stopped the clock at a staggering 3:46.32.

Here we look at how he was able to achieve it and join that elite band of super-milers in producing a performance which has remained a British and European record for 30 years.

Cram trained under the guidance of Jimmy Hedley from the age of 10 and effectively had a training age of 14 when he broke the above record. He started off as a 400m runner before moving on to specialise in the middle distances, with fundamental and foundational movement patterns being facilitated by a love of both football and basketball, the latter of which he reputedly kept up until the Moscow Olympics in 1980. He ran once daily from the age of 15 and double days were progressively introduced from the age of 18 after he ran 3:57 for the mile as a precocious 17-year-old.

Cram followed a single peak model of periodisation and due to his 6ft 2in (1.88m) frame opted not to compete indoors because of the tighter 200m track favouring those with shorter levers. He did, however, continue to compete over cross country and on the roads, typically in city centre 5km races which were popular in the 1980s, in preparation for the summer track season.

Significantly Cram’s tremendous aerobic capacity was engendered through early successes on the track over 3000m, winning both English Schools and European junior titles. In his prime years he would often kick off his season with a 3000m.

His “steady” morning runs, typically over four to five miles saw him operating at around 5:30-6:00 pace. The endurance phase of his periodisation cycle occurred between October and February when he averaged 60-70 miles per week. His Sunday long runs were 8-10 miles. Despite his aerobic strength, significantly he never aimed for target miles or recorded his mileage in a training diary and this may have been partly due to his mileage needing to be restricted due to compartment syndrome in his legs.

The “Jarrow Arrow” made use of altitude training several months before his summer season, opting to work at 5500 feet at the eastern foothills of the Rocky Mountains for three weeks in Boulder, Colorado.

The elegant-striding runner kept his aerobic capacity well developed through twice-weekly threshold runs at 5:00 mile pace and, because these were effectively run at threshold pace, they also made a contribution to developing his lactate energy system.

In his nine-week pre-competition phase from late-March to May he would typically implement twice-weekly sessions such as 6x800m in 2:05 (2min rec) and 6x600m in 92-93sec (90sec rec). He spent Tuesdays and Thursdays on the track and typically the sessions were 200m to 800m reps with 15sec recovery per 100m effort factored in.

While occasionally reluctantly opting for 300m-based repetitions, one of his favourites was 10-12x 400m in 60sec (60sec rec) in his belief that the splits per lap were a reliable indicator of his mile capability.

During the June-August competition phase, he followed the golden rule of taking his training volume down while cranking up the speed-endurance component of his work. His 400m reps would be reduced from 12 efforts to 6-10 and these would be run in 57sec, maintaining a short 60sec recovery. As the major championships approached, race-pace specificity became a factor and a typical session would be 600m (3min rec) plus 6x200m (30sec rec) run at 800m race pace.

Specific speed endurance sessions prior to major championships involved shorter distances such as 8x200m in 2526sec (60sec rec) and sporadic use of more generous walk-back recoveries if the focus was on
accelerating towards the end of the reps.

This work on occasionally simulating acceleration near the end of reps would stand him in good stead for slow tactical championship victories, which he would bag over 1500m at the 1982 and 1986 Commonwealth Games, the 1986 European Championships and his IAAF World Championships victory in Helsinki in 1983.

As a junior he was international level at orienteering and throughout his career he relied heavily on park-based fartlek training. This included hills of 150-500 metres in length, run as part of a continuous circuit rather than orthodox hill repetitions. His early love affair with cross country continued for the majority of his career and in his mile record-breaking year of 1985 he was also crowned Northern cross-country champion.

Cram’s attitudes to what we now term “strength and conditioning” were indicative of the times. In the book The Making of an Athlete, he is quoted prior to the 1984 Los Angeles Olympics as saying: “Other types of training can help give you all-round body strength, but running is specific and that’s one of the things in training which a lot of people tend to neglect. When you get out on the track nobody’s going to ask you to pick up a weight halfway round, nor to do 10 press-ups at the end of each lap”.

Evidence suggests he was not opposed to having the odd day off training when he felt his body needed it, in addition to ones which were periodically taken every two to three weeks.

His reported willingness to occasionally indulge in the consumption of junk food is most likely exaggerated, but at this year’s British Milers’ Club symposium, he joked about how Brendan Foster had advised him to, “Always pack a tub of jam butties” when travelling to race abroad.

Prior to serious competition, he would taper with two easy running days before competition and had a post-season transition phase of around three weeks, allowing his body to fully regenerate.

What can we learn?

As a coach or an athlete, ask yourself the following questions:

» What training am I, or is my athlete, undertaking to complement running and help build fundamental and foundational movement patterns as Cram did in using both football and basketball?

» While acknowledging the need to build aerobic capacity, have I or my athlete abandoned a preoccupation with “chasing miles!” when it may not be necessary as Cram realised?

» How does the development of my, or my athlete’s lactate energy system involve work which builds race-pace specificity as Cram’s did in the pre-competition and competition phases of the periodisation cycle?

» How has my speed-endurance work or that of my athlete accommodated the need for tactical simulation in terms of the acceleration component of some of the repetition sessions which Cram undertook?

» In what ways am I or is my athlete building a solid foundation of strength endurance as Cram did with cross-country running during the winter months?

» What lessons have I or my athlete learned about the value of structured strength and conditioning training in the three decades since Cram was at his prime?

» Why is it important to take advantage of increased awareness of the value of nutrition to aid recovery and regeneration since Cram’s heyday in the mid-1980s?