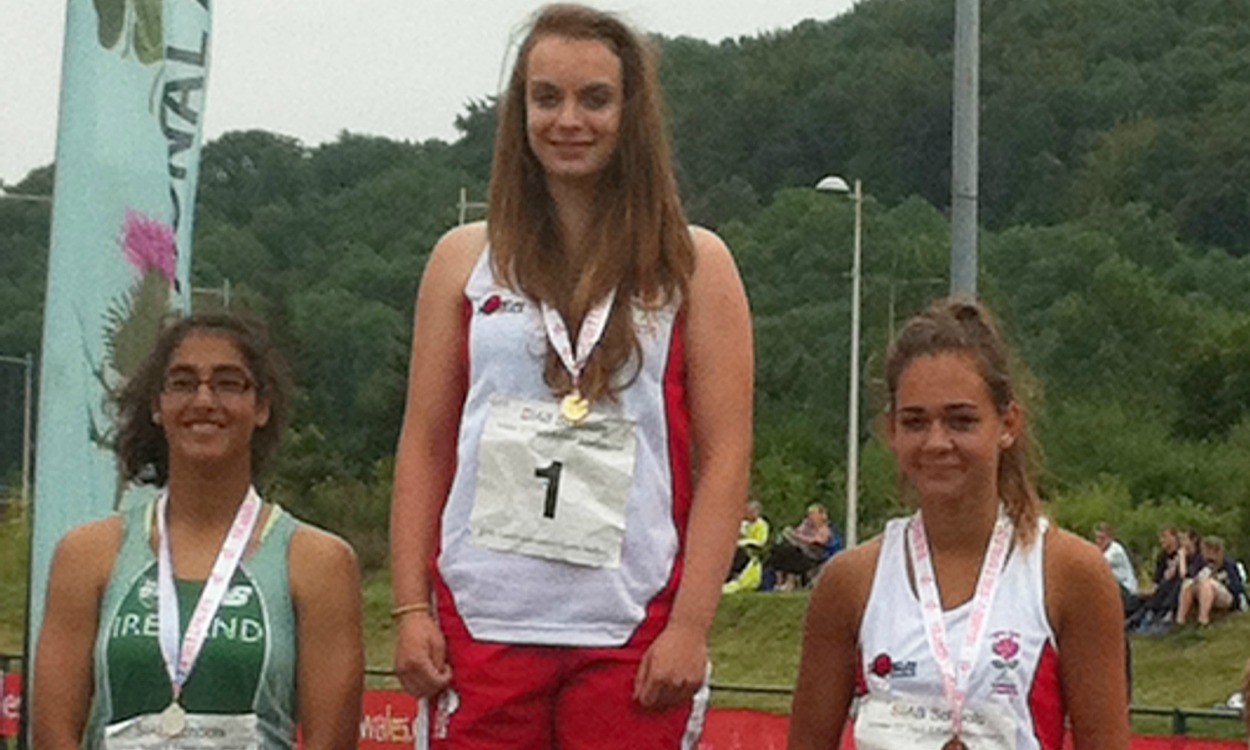 As part of our Young Athlete series, top teenage javelin thrower Emma Hamplett spoke about her hopes for the future

Undefeated in her age group since 2011, javelin thrower Emma Hamplett has set her sights on the IAAF World Youth Championships in Colombia in July.

The 16-year-old has won the English Schools title for the past three years, as well as the SIAB Schools International and Sainsbury’s School Games for the past two years. And last year she made it a clean sweep of golds in all the national championships for her age group, as the Birchfield Harrier also took the England Athletics under-17 title.

However, the teenager is modest when reflecting on her achievements, which also include being ranked third on the UK under-17 all-time list with the 600g javelin with 48.77m. “My favourite moment so far is winning my first English Schools for Staffordshire in Gateshead in 2012,” she says.

“As for the long winning streak, I am just thankful to my coaches for giving me the support over the seasons and that I’ve stayed injury-free.”

“As for the long winning streak, I am just thankful to my coaches for giving me the support over the seasons and that I’ve stayed injury-free”

Last year, under-17 women threw the 500g javelin in agegroup events for the first time. Emma threw a best of 57.14m, which left her more than 13m clear of her nearest rival in the UK. It will also probably prove a strong mark to beat at the top of the new all-time lists.

“Throwing the 500g in 2014 was really rewarding for me after having thrown the 600g previously,” she explains. “I was able to have a really successful year while still improving my technique.”

Emma was previously a member of Cannock & Stafford AC and coached by Mark Pinner, but she left last year to begin training with England Athletics coach mentor for javelin and former world junior champion David Parker.

“I am very thankful to my old coach for helping me to progress as far as I have done through the last four years,” Emma says. “Since November 2014, I have been with David and now split my training between Loughborough and Birmingham’s Alexander Stadium. As a result of this, I became a member of Birchfield Harriers. I get on with all of my training partners and enjoy the laughs we have together.”

Now studying for AS level exams in business, economics, design and technology and physical education at Stafford Grammar School, Emma is a talented all-round sportswoman, having played hockey up to Midland standard, county netball and club-level rounders.

She began sprint training aged 10 to develop her speed for hockey, before starting javelin in her first year of secondary school.

“I would like to see more coverage of field events, especially javelin, in the media”

“I joined the javelin squad, as I had thrown a foam javelin in a session and had been told I showed promise for the event,” she says.

Looking beyond this year and trying to qualify for the World Youths, Emma has two wishes. She explains: “I hope to represent Great Britain at senior level in major championships and have a long and successful career in which I manage to avoid injury.

“I would also like to see more coverage of field events, especially javelin, in the media.”

You can find further performance stats on Emma on Power of 10 here.