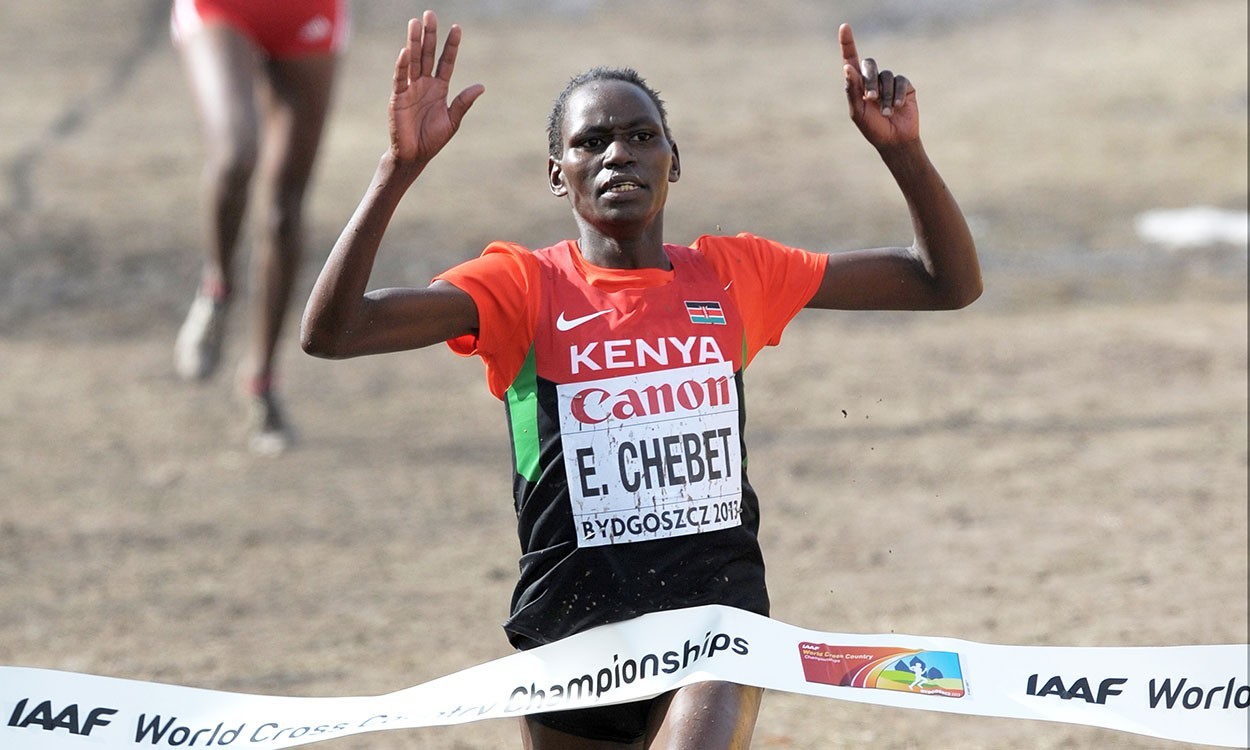 Two-time world cross-country gold medallist Emily Chebet has been suspended by Athletics Kenya after testing positive for a banned substance, it was reported on Friday (November 27).

Chebet, who has been handed a four-year ban, is said to be among seven Kenyan athletes to have received suspensions for doping offences. Joyce Zakary and Koki Manunga, who were provisionally suspended after failing doping tests at the IAAF World Championships in Beijing in August, also received four-year bans, reported capitalfm.co.ke. The other suspended athletes were named as marathoner Agnes Jepkosgei Cheserek, who has reportedly received a four-year ban, while long-distance runners Bernard Mwendia, Judy Jesire Kimuge and Lilian Moraa are each said to have been suspended for two years.

Chebet claimed her two world cross-country titles in 2010 and 2013 and finished sixth at this year’s event in Guiyang, forming part of the silver medal-winning Kenyan team. She also claimed Commonwealth 10,000m bronze at the 2014 Games in Glasgow and placed fourth in that event at the 2013 World Championships in Moscow.

The statement advised that after learning of the AAF, Chebet decided not to have her B-sample tested and was provisionally suspended on July 17, 2015.

Manager Davor Savija said in the statement that he met with Chebet after the Kenyan trials for the Beijing World Championships and Chebet “communicated shock and confusion, with sabotage or medical negligence being mentioned as potential explanations, especially as Emily was on medication for toothache and strong headaches at the time of said out-of-competition test”.

The statement added in part: “International Athletics Consultancy doesn’t condone any breach of rules and regulations governed by the ethics of sport, Olympism, IAAF, WADA and national federations. All clients of International Athletics Consultancy are advised to independently seek expertise in relation to WADA’s List of Prohibited Substances and Methods, Therapeutic Use Exemptions and Athlete Biological Passport.”