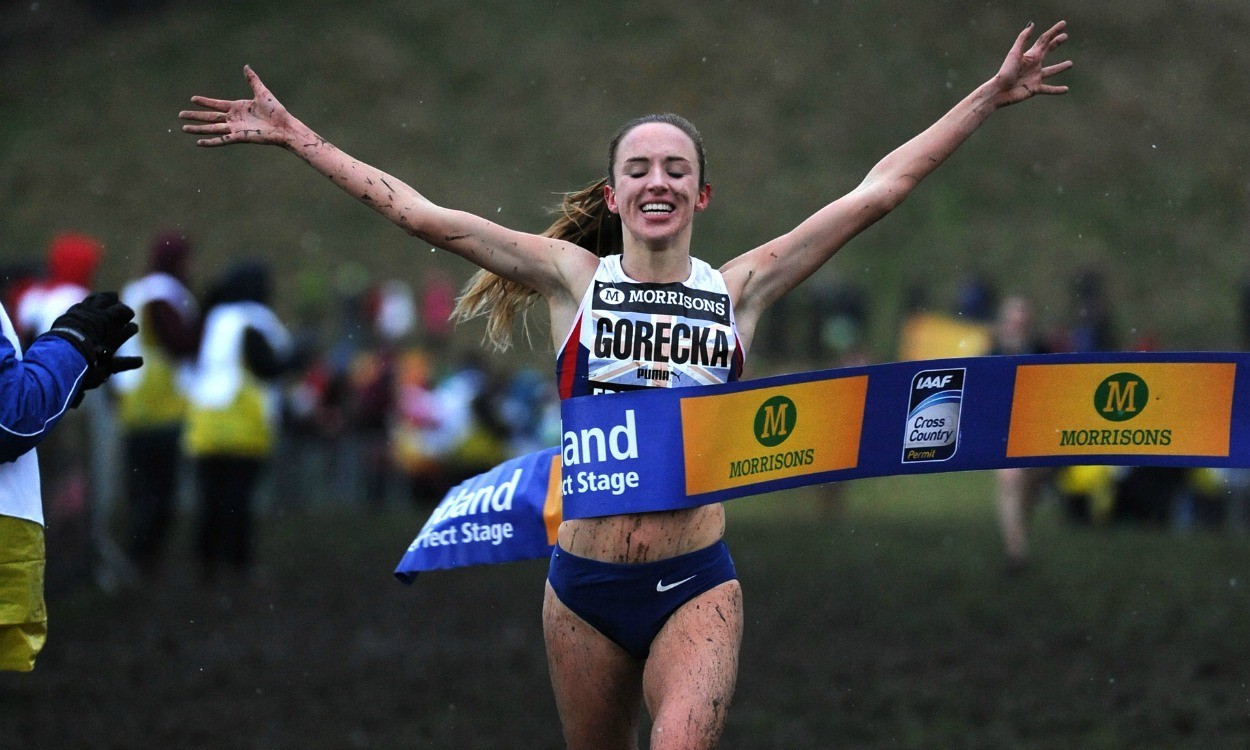 Emelia Gorecka bounced back after an under-par performance at December’s European Cross Country Championships to secure a first major senior win on the mud at the Morrisons Great Edinburgh Cross Country on Saturday.

The 20-year-old, a two-time winner of the junior Euro Cross title, finished 12th as she moved up to the under-23 event in Bulgaria but was back to her winning ways in the Scottish capital as she clocked 21:36 for the 6km course to beat Ireland’s two-time senior Euro Cross champion Fionnuala Britton by seven seconds. Britton’s Europe team-mate Trihas Gebre of Spain was a further 17 seconds behind.

Describing the run as one of the best performances of her career, Gorecka added: “Especially after coming away from Bulgaria, there was no better way to come back.

“I was in really good shape in Bulgaria but things weren’t quite right with me. The best way to put things right is go back and run the best races of your life, which is pretty much what just happened.”

Brianne Nelson was the first American across the line, clocking 21:54 for fourth, as Europe won the team event in that race. Russia’s Yekaterina Sokolenko was joined in the top 10 by team-mates Elena Romagnolo of Italy and Denmark’s Sara Sig Moller.

Lily Partridge was the second British athlete in seventh, as last year’s winner Gemma Steel – the recently crowned senior Euro Cross champion and one of the pre-race favourites – finished just outside the top 10.

The men’s long course race did see a successful defence of the title, however, as Chris Derrick led home his former Stanford team-mate Jacob Riley for a USA 1-2. Breaking up an American clean-sweep was Britain’s Jonny Hay who dug deep to clock 25:36 for the 8km course, crossing the line five seconds behind the winner.

With six athletes in the top 10, USA dominated the team standings for the race. Charlie Hulson, who had earlier pushed on at the front of the pack with Derrick and led at the half-way point, finished fifth with 25:39 behind Reed Connor.

GB team captain Jonathan Taylor was just outside the top 10 as Italy’s Stefano La Rosa was the first Europe team-member across the line. Euro Cross bronze medallist Alemayehu Bezabeh of Spain went out hard but paid the price and finished 20th.

Earlier on and Yemen Crippa of Italy and USA’s Makena Morley had comfortably claimed junior victories. Jac Hopkins was the first British athlete in ninth in the junior men’s event, one place ahead of Euan Gillham, as Phoebe Law finished fourth and Harriet Knowles-Jones fifth in the junior women’s race.

The final match standings saw the US team victorious with 121 points ahead of Europe with 189 and last year’s winners GB with 223.

After his surprise win in the men’s invitational 4km event 12 months ago, USA’s Garrett Heath was another to retain his title as he returned to again beat a strong field. With 2008 Olympic gold medallist and two-time world 1500m champion Asbel Kiprop having gone straight to the front, Heath bided his time before surging ahead along with World Cross champion Japhet Korir.

Health’s win in 2014 had come after a sprint finish but this time, having gradually grown the gap, he successfully defended his title with an eight second victory over Korir, though his winning time of 12:11 was 20 seconds slower than his mark from the year before.

American Dathan Ritzenhein was third in 12:27 as Tom Lancashire was the first Briton across the line in fifth, one place behind Kiprop.

The meeting also included an international 2x1km mixed relay for the first time, with Gemma Kersey and James Bowness victorious for the England B team ahead of GB’s Racheal Bamford and Ross Murray. The Scotland A team of Laura Muir and Ross Matheson was third.

» Next week’s AW magazine, on newsstands Thursday January 15, will include much more in-depth reports, pictures and results from Edinburgh